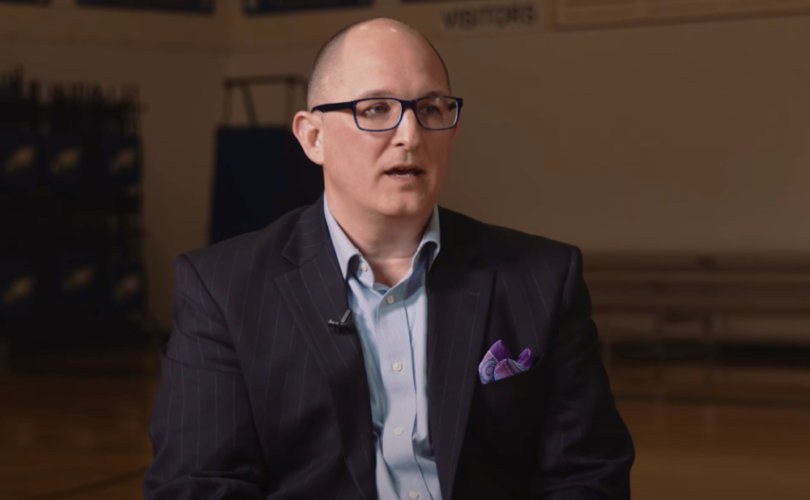 (The Daily Signal) – After a Virginia teacher was fired for refusing to call a girl a boy, now the state’s Supreme Court has the opportunity to decide whether a local school board violated the teacher’s legal rights.

“No government can force any Virginian to express messages that violate their core beliefs,” Chris Schandevel told The Daily Signal after arguing for Vlaming before Virginia’s highest court.

Schandevel, a lawyer with the Christian legal organization Alliance Defending Freedom, asked the court “to reinstate the lawsuit that [Vlaming] filed in state trial court,” which dismissed the case without explanation last August.

As previously reported by The Daily Signal, the West Point School Board fired Vlaming in December 2018 after he declined to use male pronouns to refer to a female student who identified as a transgender male.

Almost a year later, Vlaming filed a lawsuit against the West Point School Board for breach of contract, arguing that the body violated his rights under the Virginia Constitution.

“This is a case about compelled speech,” he said.

Lawyers for the West Point School Board did not present an argument before the Virginia Supreme Court.

Before being terminated, Vlaming taught French for seven years at West Point High School, about 40 miles east of Richmond.

In 2018, the female student in question gave the teacher a letter saying she was transgender and wanted to be called by a new masculine name. Vlaming agreed to call the student by the new name, but explained to his principal that he “couldn’t in good conscience pronounce masculine pronouns to refer to a girl,” he told The Daily Signal during an interview in 2020.

Vlaming said he tried to avoid using female pronouns with the student, but in the fall of 2018, he accidentally called the student “she” in front of the class. The same day, Vlaming was called to his principal’s office and put on administrative leave.

Superintendent Laura Abel said Vlaming could return to teach at West Point High if he would use male pronouns proactively to refer to the female student. Vlaming again explained that he could not in good conscience refer to a female as a male.

Abel recommended that Vlaming be fired, and the school board voted 5-0 to terminate him.

Vlaming loved teaching and was well liked by students. Some students spoke out in his defense after he was fired.

“I had huge support—students who truly came to my side and parents who came to my side to encourage me, to express their support,” Vlaming told “The Daily Signal Podcast” during a September 2021 interview.

His lawyer says that Vlaming, a father of four, has not been able to find a job at another public school because of his termination. He is seeking $1 million in damages.

If the Virginia Supreme Court takes up Vlaming’s case, arguments likely would be scheduled for the fall, Schandevel said.

In America, “protections for free speech and for free exercise of religion are just foundational for the functioning of our democracy,” Schandevel told The Daily Signal, “and this is a very important case to affirm that for all Virginians.”