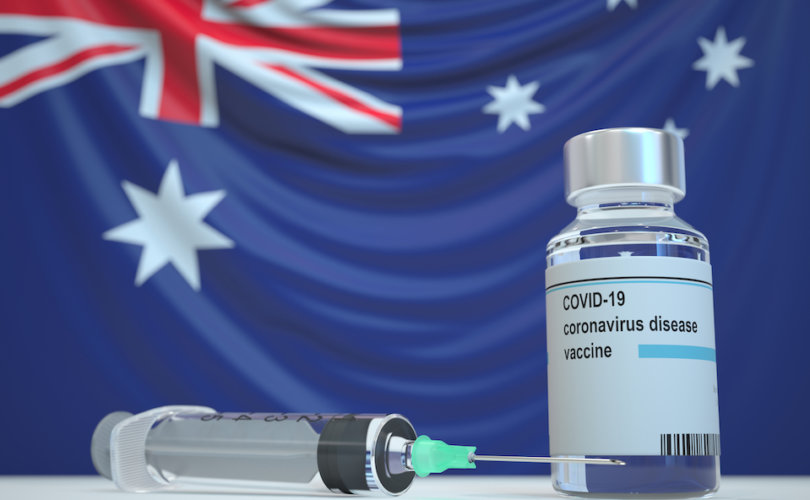 NEW SOUTH WALES, Australia (LifeSiteNews) – Vaccinated people are the vast majority of COVID-19 cases and deaths in Australia’s largest state, driving the worst surge in New South Wales since the onset of the virus.

According to the latest COVID surveillance report of the New South Wales Department of Health (NSW Health), a record spike in cases since the emergence of Omicron late last year has been overwhelmingly linked to the vaccinated.

Between November 26, 2021 and January 8, 2022, around 90 percent of people in the state who tested positive for coronavirus and whose vaccination status was known had received “two effective doses” of a COVID vaccine. NSW Health defines cases with “two effective doses” as having had a second jab “at least 14 days prior to known exposure to COVID-19 or arrival in Australia.”

When excluding children under 12 who are ineligible for the vaccines, double-vaccinated people were a stunning 98 percent of cases with known vaccination history. The unvaccinated, by contrast, were less than one percent of cases.

New South Wales, Australia, would seem to be in the grip of …. a pandemic of the vaccinated. pic.twitter.com/Q2zrzqvEHk

NSW Health specifically classifies the unvaccinated as having “no effective dose,” which also includes anyone who took the first shot of a two-dose vaccine course within 21 days of exposure to COVID or arrival in Australia.

Pandemic of the vaccinated

Among patients hospitalized for the virus whose vaccination history was reported, 82 percent had received two doses – or 87 percent without taking into account kids ineligible for vaccination.

People with two jabs also made up around three-quarters of ICU patients and COVID deaths.

New South Wales has a high vaccination rate, with 91.5 percent of residents age 12 and older “fully vaccinated” as of late November. Cases have nevertheless skyrocketed to unprecedented levels in recent weeks in the western Australian state amid the record numbers of breakthrough infections.

According to NSW Health, COVID cases and hospitalizations have exceeded previous peaks from September 2021 and approximately doubled in the week that ended January 8 from the week before.

At the height of the Delta wave in September, the state reported a seven-day average of about 1,400 cases, before most Australians were “fully vaccinated.” In early January, daily cases peaked at more than 90,000.

Coronavirus deaths in New South Wales have similarly spiked since January 8, with a current average of 40 per day, up from around one at the end of December, according to Our World in Data.

COVID-19 remains survivable and treatable for most who catch it, as the NSW Health data reaffirms. 99.4 percent of unvaccinated people 12 years old and up who tested positive for COVID in New South Wales between November 26 and January 8 have not died. Unvaccinated children under age 18 have a death rate of less than .1 percent.

“Since the start of the pandemic, 0.2% of cases (738 people) have died,” NSW Health noted. “This includes 122 residents of aged care facilities.”

New South Wales’s pandemic of the vaccinated mirrors similar COVID trends in Europe, where recent data from Denmark, the U.K., and Iceland have reported higher rates of infection among vaccinated people.

In the U.K., the unvaccinated have lower case rates than double-vaccinated individuals across all age groups older than 18 as of late January, according to the U.K. Health Security Agency. The vaccinated also dominated British COVID deaths last month, outpacing the unvaccinated nearly five to one.

Studies show vaccinated people more likely to catch COVID than the unvaccinated
‘Fully vaccinated’ were the majority of COVID deaths in Sweden, UK in September