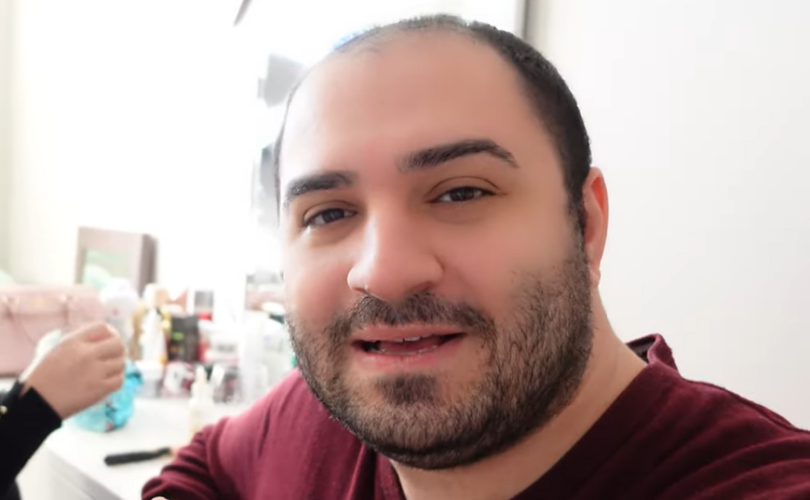 (LifeSiteNews) — A 29-year-old Quebec man who developed a severe skin condition after taking Moderna’s COVID-19 vaccine now says he is looking for treatment abroad after hitting a dead-end within Canada’s healthcare system.

According to the Canadian Broadcasting Corporation (CBC), 29-year-old Mohammed Tisir Otahbachi of Quebec got his first Moderna COVID jab on July 15, 2021. Ten days later, Otahbachi said he broke out into blisters on his right hand, something he noted as odd because he had never had skin problems before.

Despite the strange occurrence, Otahbachi received his second dose on August 13, 2021, and said it was after that dose that his condition went into overdrive.

“… 48 hours later, almost the whole of my body — my hands, arms, my legs, even my back — it was [hit with] the same thing,” Otahbachi said about his reaction to the second jab.

“I recognized there is something happening on my body because of the vaccine,” added the man.

Stating that there was also “pain” associated with the blistering, Otahbachi explained that attempts to find a doctor locally were fruitless, and that he waited an entire day at Gatineau Hospital in Gatineau, Quebec, without receiving treatment.

Otahbachi relayed that after calling various clinics, still to no avail, his condition began to worsen.

Describing his situation, Otahbachi said his body felt like it “was burning,” and that he was not able to “touch anything.”

Otahbachi eventually decided to seek care in the neighboring province of Ontario, but had to procure a loan from his father as one can only receive free healthcare in the province which they reside.

Otahbachi says that in Ottawa he was prescribed a hydrocortisone anti-fungal cream, pills to treat bacterial infections. and antihistamine tablets.

None of these treatments helped him, however, with Otahbachi remarking that during this process he began to feel as though he were “dying.”

“The pain I was in, you cannot imagine it,” he added.

Despite all the medication thrown at him, Otahbachi noticed that none of the doctors would even consider that the COVID jab could be the reason for the onset of his debilitating condition.

“The doctors that I’ve been to, they were very worried and scared to mention or say my condition … is because of the COVID vaccine,” he noted.

“They were very worried about that,” emphasized the young man.

According to Otahbachi, it was not until his wife – who was pregnant throughout this ordeal – gave birth to their child, that one doctor, Michael Bensimon, remarked “because of the COVID vaccine, yeah?” when Otahbachi told him of his condition.

Bensimon referred him to allergist Dr. Antony Ham Pong, who said that while there is no “absolute proof that the COVID-19 vaccine caused this condition,” the “time relationship” strongly “suggests that the vaccine played a role in bringing these symptoms on.”

Pong noted that he had seen other patients who, after receiving the Moderna COVID jabs, later developed the same skin condition.

With the letter in hand, Otahbachi contacted his federal member of parliament (MP) and his provincial member of the National Assembly of Quebec (MNA) to ask for their help in applying to Quebec’s vaccine injury compensation program – a program that was created to provide financial aid to those injured from vaccines.

Otahbachi was notified last October that he would need a letter from a doctor in Quebec (not Ontario) to complete his claim, essentially putting him back to where he began.

Moreover, with 84.5 percent of Quebec’s 8.5 million people having received at least one dose of a COVID vaccine, just three payouts have been made through the provincial vaccine injury compensation program.

Since his rejection from the program, Otahbachi has said he is seeking treatment option in Morocco and Turkey, explaining that continuing in the Canadian healthcare system is just “wasting his time.”

While often underreported in the mainstream media, Otahbachi is not alone in having experienced side effects from the experimental COVID vaccines.

According to two recent medical studies from Europe, vaccine-induced blood damage may explain the many harmful impacts of the COVID shots, which now include myocarditis, pericarditis, and dangerous blood clots, among other adverse effects.