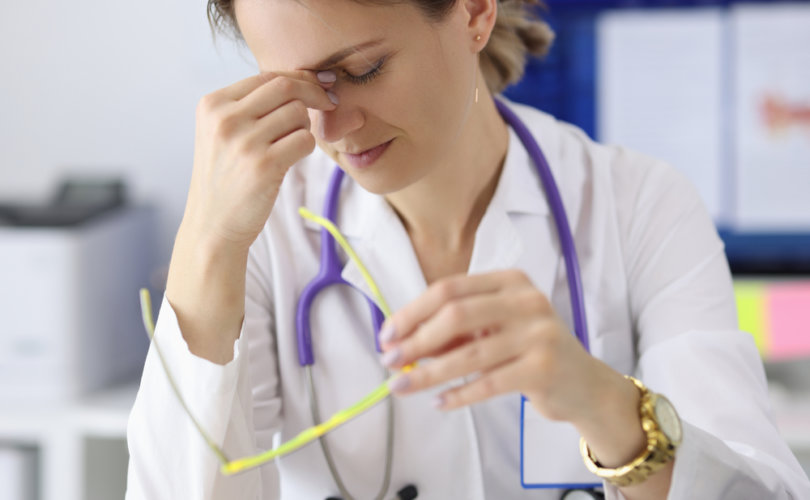 (LifeSiteNews) – The provincial government of British Columbia acknowledged that it created a medical staffing shortage after placing more than 4,000 healthcare professionals on leave because they chose not to get the COVID jabs.

Health Minister Adrian Dix made the announcement last Tuesday, saying thousands of surgeries have been postponed as a result of placing so many workers on leave.

“I think it’s fair to say that in some areas, for example, diagnostic imaging, our labs in different parts of the province, there’ll be some impact,” Dix said.

Dix also acknowledged that placing so many workers on leave at once has caused surgery delays and reduced hours at some clinics and hospitals.

“We’ll either have to initially reduce hours in order to address that or provide other staff in the weeks to come,” Dix said.

The British Columbia Nurses Union (BCNU) had earlier warned the government it would have a crisis on its hands if it let go of so many staff at once.

Dix said the un-jabbed workers have until November 15 to get at a first dose of the jab or they will be permanently fired.

According to the government, there are around 126,000 public health workers in the province.

The staff firings come as a result of a jab mandate by British Columbia Provincial Health Officer Dr. Bonnie Henry and Dix, who said all healthcare workers had to have COVID jabs by October 26.

Thousands of people have been protesting jab mandates in BC, which has had a vaccine passport system in place for nearly two months.

Canadian Frontline Nurses is a group formed to protest COVID lockdowns and jab mandates and has many  members from British Columbia, who have been part of many protests.

Dr. Daniel Nagase was recently blacklisted by Alberta Health Services (AHS) for treating his COVID patients with ivermectin while working at a rural hospital.

Nagase then called out potential future cancer cases in kids who might now or in the future be jabbed.

Vander Zalm warned that the “end game” from the COVID virus and jab mandates seems to be a “Great Reset” that will lead to a type of global communistic order.

Other Canadian provinces have fired or are threatening to fire un-jabbed healthcare workers if they don’t soon get jabbed.

Alberta Healthcare Services (AHS) extended to November 30 a deadline for a mandate that all its workers be fully vaccinated with COVID jabs.  This mandate, once it takes effect, will impact thousands of nurses and other healthcare workers.

Alberta physician Dr. Chris Gordillo recently spoke out against the ill effects he has witnessed from the injections.

Canada’s federal government signed with Pfizer for 2.9 million doses of the COVID shot for kids age 5 to 11.

Canada Prime Minister Justin Trudeau recently said the jabs will be made available once Health Canada approves them.