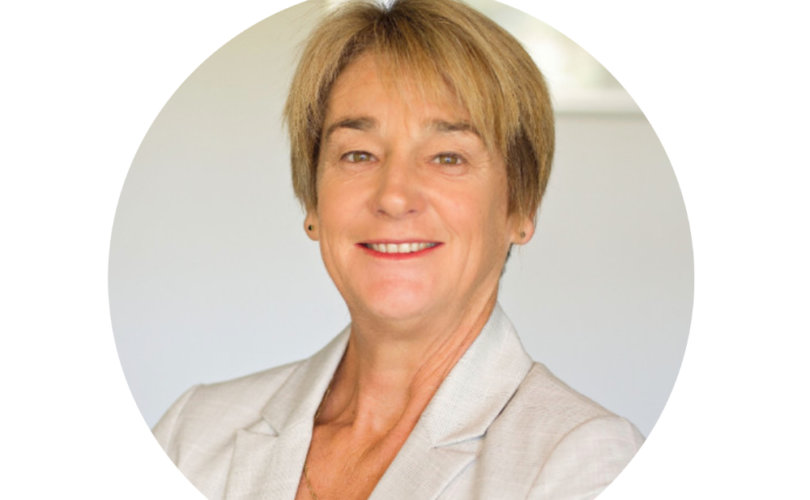 Wilyman, who holds a master’s of science degree in population health and a Ph.D. in the history of the control of infectious diseases, has been on the front lines of activism against totalitarianism controls in Australia.

Kennedy and Wilyman discussed the history of vaccine science, vaccine passports, quarantine camps and the state-by-state response to COVID throughout the country of Australia.

Kennedy asked why Australia seems to be more intensely embracing medical fascism than other nations in Western Europe, Germany, Italy and the rest of the world.

Wilyman responded that she noticed a shift in the freedom of speech in Australia 10 years ago, when her academic research was categorized as “sensitive” material. She was prohibited from presenting her findings and was slandered in the media when she refused to be silent.

As for the current situation in Australia, Wilyman said:

“Totalitarianism has definitely come into play over here in Australia. And I don’t know whether it’s because we’re some kind of litmus test for the rest of the world in bringing in the new agenda. I do know that this whole issue of the vaccines and the coercive programs that Australia’s put into place is all based on corruption. And so the only way to implement it is through some kind of fascist regime. And that’s why freedom of speech disappeared.”

According to Wilyman, the vaccine passport is what Australian leadership ultimately wants put in place “to link that to a digital financial system and the digital identity.”

She discussed the implementation of Australia’s coercive vaccination campaign, where people are removed from their jobs if they refuse the injection:

“The injection is having huge adverse events. As you know, the myocarditis, the pericarditis, the people dying suddenly in their sleep, the Bell’s palsy that’s happening everywhere. And yet they’ve attempted to remove people from their jobs, which they’re doing, and literally terrorizing the public … Families are divorcing. They’re arguing.”

Wilyman said people are breaking down, and suicide attempts have “gone through the roof.”

She said the restrictions are in place, yet, “here in Western Australia, there is no disease in the community whatsoever.”

The reason some people don’t speak up, Wilyman said, is that “the public doesn’t have a voice in the government,” and because they know the government has no legal obligation to prove vaccines are safe.

Wilyman said her government is not listening to the citizens because “they reversed the precautionary principle on any drug called a vaccine,” which puts the proof of harm on the shoulders of the Australian people.

— Article continues below Petition —
BOYCOTT United over religious and medical COVID vaccine exemptions
Show Petition Text
21700 have signed the petition.
Let's get to 22500!
Thank you for signing this petition!
Add your signature:
Show Petition Text

But she said instead of acknowledging vaccine injury, the government is now using genetic predisposition as the reason why people are getting sick after getting the injection.

“So that’s how evil the agenda is … and I never thought something so blatant could be implemented and that the public would be terrorized by these politicians the way we’re being terrorized.”

Kennedy commented on the videos he’s seen of police brutality on the citizens of Australia. He said:

“And we’re all watching these really horrifying videos. The police kicking down doors. In one case they’re dragging a pregnant woman because she tweeted that there was a demonstration. That kind of speech is now illegal speech in Australia.”

Wilyman agreed the police brutality has been alarming and broke down the differences in police response and lockdowns based on the state, such as heavy-handed responses and fines in Victoria to complete discrimation against the unvaccinated in Sydney.

“We have heard premiers state that the quarantine camps are being built, and there are at least four or five being built for the unvaccinated. And so that’s the terror that Australians are feeling at the moment. We can’t leave our country and this vaccine passport and the digital identity is already being passed through the Parliament. And we don’t have a voice anymore in our Parliament. It really does feel like a police state.”

Kennedy wondered what Wilyman thought of the coverage of the pandemic in the media, as Australia has been “very radical about the censorship of vaccines.” He asked Wilyman how Rupert Murdoch’s conflict of interest with vaccine companies affects media coverage.

“It’s very clear that in Australia, the No Jab, No Play policy was actually promoted through Murdoch’s News Corp, and these policies were pushed through social services. They didn’t go through the Health Act. There’s no coercion in Australia. Every vaccine is required to be given with fully informed consent. And in the Health Act it says vaccines must be voluntary. So they got around that by pushing it through social services departments, whereby they called it ‘Choices for Families.’

“In fact, we’re removing choices for families because any child under 5 now can no longer go to preschool unless they’ve had 16 vaccines. And they linked $28,000 to welfare benefits. So the parents would have needed to use every one of the vaccines that was on the program to actually get those benefits. So that’s what they call choice.”

Ending the interview with a ray of hope, Wilyman said the resistance is growing across every state, especially where she lives, in Western Australia.

She said her area is remote and expansive and hasn’t been required to lock down, but the border has been closed. “The only reason they could justify that was by claiming we didn’t have any COVID,” she said.

“We’ve been able to protest loudly. We’ve had community meetings. And just at this point in time, yes, I am feeling some hope. I’ve been up and down. I know this could go either way and we are being completely terrorized but in Western Australia, we’ve definitely picked up the activism and people are waking up, you know, rapidly.”

Kennedy replied, “Well, we’ll see you out there on the barricades.”

“The Defender Show” is hosted by Robert F. Kennedy, Jr., founder, chairman and chief legal counsel of Children’s Health Defense, and author of multiple books, including the New York Times bestseller, “Crimes Against Nature.” Kennedy was named one of Time magazine’s “Heroes for the Planet” for his success helping Riverkeeper lead the fight to restore the Hudson River. He is founder of Waterkeeper Alliance, and of counsel to Morgan and Morgan, a nationwide law firm.