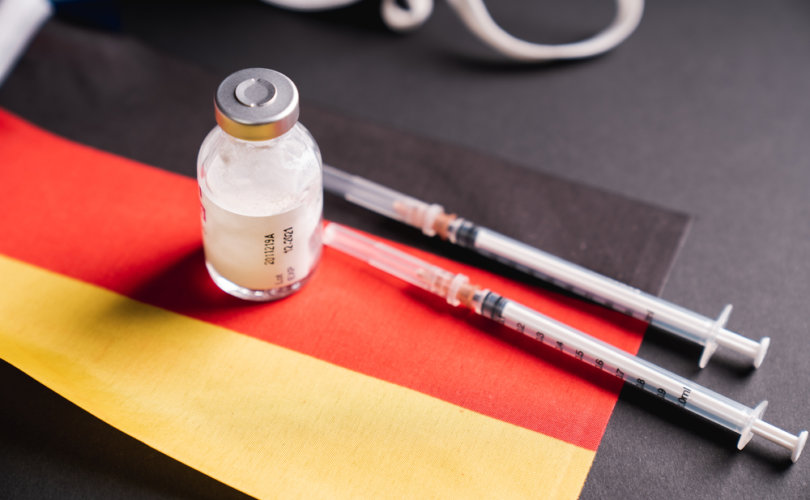 (LifeSiteNews) — According to a safety report published by the Federal Institute for Vaccines and Biomedicines in Germany, the number of reported cases of suspected adverse effects following COVID-19 vaccination in children aged 12 to 17 has now exceeded the total number of COVID-related hospitalizations for children within the same age group since the beginning of the pandemic.

The report, which was published on September 20 by the PEI (Paul-Ehrlich-Institut), a German federal agency and medical regulatory body in charge of promoting drug and vaccine safety, has released new data on COVID-19 vaccines adverse effects, particularly among children aged 12 to 17.

By comparison, the total number of children aged 12 to 17 who were admitted to the hospital for COVID-19 between March 2020 and July 2021 is 1,225. In other words, within just 3 months, the number of cases of vaccinated children suffering from potential vaccine-related adverse effects exceeded the number of COVID-related hospitalizations within the same age group over a period of 16 months.

This new data seems to indicate that more children are suffering from the vaccine meant to protect them from COVID-19, than from the virus itself.

The most serious adverse effects reported include heart diseases such as myocarditis and pericarditis, as well as other serious health conditions such as thrombosis, pulmonary embolism, and the Guillain-Barré Syndrome.

Based on the newly release data, if the vaccination campaign extends to all minors aged 12 to 17, as well as to other age groups, as is currently expected, the total number of vaccine-related deaths among minors could be triple or even four times that of COVID-related deaths in the same age group throughout the whole pandemic. In other words, the vaccines offered to protect children from COVID are potentially more dangerous to children than the virus itself, according to an analysis published by Susan Bonath of RT DE.

The report also showed a significant increase of reported cases of adverse effects in adults, including a staggering increase in severe adverse reactions. Data collected throughout the month of August shows a 15-fold increase with skyrocketing numbers of severe reactions going from 1,094 to 15,122 in just one month. A steady increase in the number of vaccine-related deaths can also be observed.

This remarkable discrepancy was pointed out by RT DE editor Florian Warweg at a press conference with the Federal Ministry of Health on September 8. Warweg, who referred at the time to data which is no longer up to date, asked Andreas Deffner, spokesperson of the Federal Health Ministry:

“Within seven months, the number of suspected cases [of adverse reactions to the vaccines] that have been reported is twice that of the last twenty years for all other vaccines administered over the last two decades together … how would you explain such a massive discrepancy?”

Deffner replied that this was probably due to “the more precise reporting” of side effects with new vaccines such as the ones used against COVID-19.

Contrary to Deffner’s statement, many have denounced a poor reporting policy of COVID vaccine adverse effects. One of the most concerning facts regarding this issue is the strong likelihood that the already alarming official figures do not accurately reflect reality, as Susan Bonath pointed out in her analysis of the PEI report, when she suggested that “all of this is probably just the tip of the iceberg.” Indeed, many fear that, due to a bad reporting-policy of vaccine-induced injuries or deaths, the actual numbers could be strongly underestimated.

Dr. Antje Greve, a member of the medical staff of the public health department in Karlsruhe, Germany, told the Berliner Zeitung Tuesday: “I’m quite certain we’re dealing with a substantial underreporting of vaccine complications, including deaths.”

Greve was discussing the case of opera singer Bettina Ranch, who suffered from severe side effects after receiving the COVID-19 vaccine, to the point where the Berlin born Opera singer had to cancel all of her upcoming performances. Since then, Ranch has accused her doctor of not reporting the side effects to the appropriate medical authorities.

“As a medical employee of a public health department, I am not surprised by Ms. Ranch’s [allegations]. Unfortunately, some physicians do not comply with their duty to report adverse effects according to paragraph 6 (1) sentence 3 IfSG, according to which every adverse reaction to the vaccines has to be reported to the public health department which then passes that information on to the Paul Ehrlich Institute.”

Others in Germany have warned against the dangers of the COVID-19 vaccines. The PEI report was published on the same day that a group of German pathologists livestreamed a press conference showing the results of autopsies conducted on patients suspected to have died as a result of receiving the jabs. The press conference also revealed that unidentified and “undeclared” metallic elements were contained in the blood of vaccinated patients. YouTube was quick to remove the video.