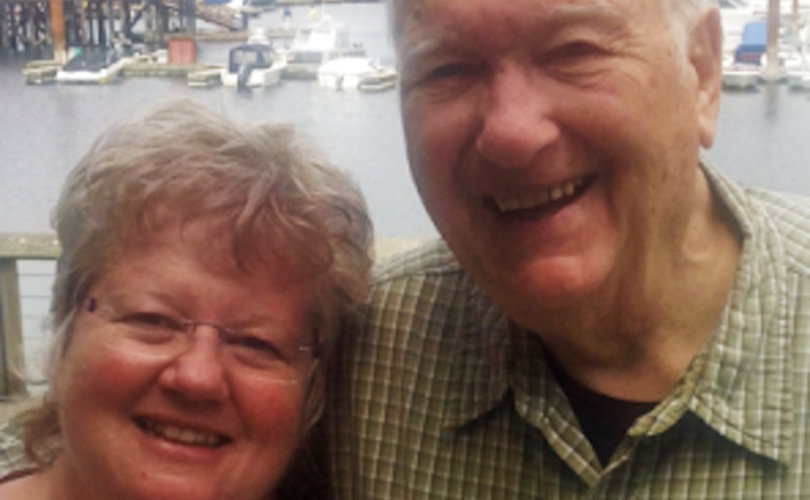 VANCOUVER, British Columbia, September 29, 2016 (LifeSiteNews) – A Vancouver man’s painful death is generating anti-Catholic headlines and opinions across Canada while St. Paul’s Hospital and “the Vatican” are being blamed for refusing his request for euthanasia.

Ian Shearer, 84, was rushed to St. Paul’s in August, the closest hospital available, suffering from spinal stenosis, heart disease, kidney failure, and sepsis. As his condition worsened and grew more painful, his daughter, Jan Lackie, said the former Calgary accountant requested euthanasia, but St. Paul’s refused to provide it as a Catholic hospital.

When doctors elsewhere who were willing to euthanize him reduced his dosage of painkillers in order to ensure his conscious consent, the pain increased. When they arranged to move him to another hospital, the ambulance was hours late and the ride, according to Lackie, excruciatingly painful. But once he was safely out of the Catholic hospital, Shearer was quickly dispatched.

“To hear him crying out, screaming … was just horrible,” Lackie told the National Post. “That’s what keeps me from sleeping at night. … I don’t want any other person to go through what he did.”

“We have nine judges who said ‘Yes’ to medical assistance in dying,” Lackie told the Post. “I don’t understand how the Vatican has so much power, even here in Canada.” The story gives credence to Lackie’s anti-Catholicism, claiming, “Shearer’s experience at St. Paul’s Hospital highlights one of the thorniest issues concerning assisted death: the decision of most faith-based — but taxpayer-funded — health-care facilities to play no part in a practice made legal by the Supreme Court of Canada and federal legislation.”

Alex Schadenberg of the Euthanasia Prevention Coalition noted, “Sure, they are tax-funded, and for every tax dollar they have always provided caring and compassion medical treatment. But euthanasia and assisted suicide are not medical treatment; they are killing.”

As for Lackie’s complaint that St. Paul’s is breaking a law, a claim that found many supporters in social media, Larry Worthen, head of the Christian Medical and Dental Society of Canada, said, “Outside of Quebec, no institutions are required to provide medical aid in dying. Federal Bill C-14 left the matter to provincial governments and none outside Quebec have required institutional compliance — so far.”

“We encourage Christians to contact their MLAs,” Worthen said, “to ensure faith-based institutions and individual health workers are not forced to violate their consciences.”

Worthen added that “vulnerable” patients had a right to hospitals that refused to do euthanasia, “where they wouldn’t be at risk of wrongful death — of being euthanized against their will. …With proper care, they could live for months or years.”

Dr. Will Johnston, chairman of the Euthanasia Prevention Coalition of British Columbia, agrees. “The group of people who get ignored in all this are patients who don’t want anything to do with euthanasia.”

Johnston, a general practitioner, said the failure to provide for Shearer’s pain was not St. Paul’s fault. “It appears his pain medication was reduced so that he would be able to provide informed consent. The onus is on the doctors who were planning to provide euthanasia to manage his pain.” As for the ambulance transfer, “Such transfers are managed thousands of times a year in Vancouver without pain.”

Johnston added that Shearer’s story appeared to be be exploited to prevent doctors and faith-based institutions from following their consciences. “There’s no question it fits the picture of a coordinated attempt to coerce participation.”

Schadenberg told LifeSiteNews that Shearer’s pain was a matter of serious concern. “His suffering was unnecessary,” he told LifeSiteNews, adding that enough was known about pain management that no one should be in such pain. “When pain is properly managed with drugs, many people who now want it would never request medical aid in dying. But quite apart from the euthanasia issue, nobody needs to be in that kind of suffering.”

Shaf Hussain, a spokesman for Providence Health Care, which operates St. Paul’s along with six other Vancouver-area Catholic health facilities, declined to comment on the Shearer case. However, he told the National Post that neither assisted suicide nor euthanasia would be provided at St. Paul’s, but patients who so desired would be transferred to other institutions that offer them.

Hussain said Providence’s policy prohibited the signing of consent forms to euthanasia or assisted suicide at any of its facilities. According to the Post’s story, Vancouver euthanist Dr. Ellen Wiebe snuck into St. Paul’s pretending to be a friend of Shearer’s in order to arrange his death.