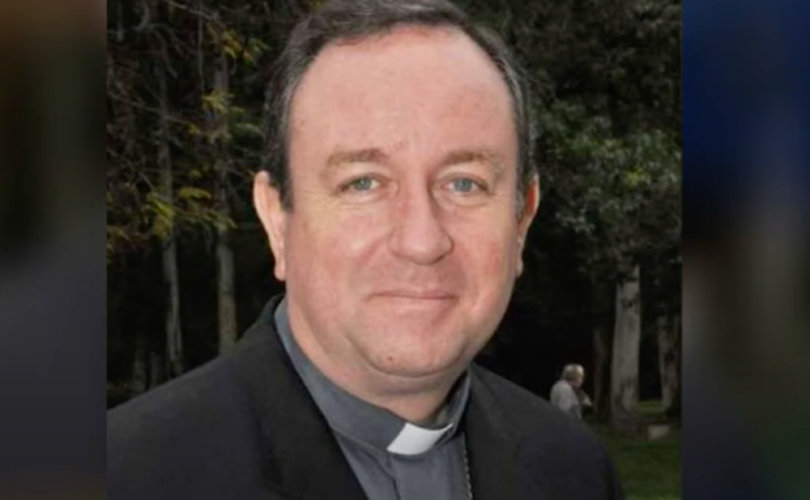 (LifeSiteNews) — Reports are suggesting that the Vatican is refusing to cooperate with the civil trial of a bishop who is part of the Roman curia and a friend of Pope Francis, as he faces charges for sexual abuse in his native Argentina.

Argentine Bishop Gustavo Zanchetta, one of Pope Francis’ first appointments in 2013, was formally charged in 2019 of “aggravated sexual assault” of two seminarians in his diocese of Orán, Argentina, and is currently undergoing a civil trial in Argentina.

Zanchetta had suddenly resigned from his diocese in 2017 citing ill health, and was swiftly moved into Pope Francis’ Vatican as an advisor to the Administration of the Patrimony of the Holy See, ranking third in the Curial department and having jurisdiction over various properties owned by the Holy See.

Vatican authorities and Pope Francis have repeatedly denied having had any knowledge of Zanchetta’s alleged crimes until 2018, yet Fr. Juan José Manzano (Zanchetta’s vicar general in Orán) disagreed. He has gone on record saying he reported the pornographic images in 2015 and again in 2017. Manzano added that Pope Francis had even discussed the matter twice with the bishop, when Francis invited Zanchetta to Rome in 2015 about the issue.

The Congregation for the Doctrine of the Faith (CDF) subsequently instigated its own investigation and canonical trial of Zanchetta in 2019, suspending him temporarily from his post in APSA.

Despite the CDF not commenting on the status of the trial, or even if it is still underway or not, Zanchetta resumed his position in APSA in June 2020.

The position had originally been specially created for him by Pope Francis, demonstrating the special friendship between the two, of which Zanchetta has previously boasted. Both Zanchetta and Francis live in the Domus Sanctae Marthae, the Vatican hotel where Pope Francis has lived since he refused the Papal residence upon his election in 2013.

At the time of Zanchetta’s return to APSA in 2020, Matteo Bruni, director of the Holy See’s Press Office, told CNA that the Argentine’s work “does not interfere in any way with the investigations,” and that he would remain “available to the Argentine judicial authorities.”

An internal source in APSA later reported that Zanchetta had left his position in June 2021.

The Vatican’s public silence on the matter of Zanchetta’s canonical trial appears to be extending to his civil trial also. Local media El Tribuno reported that Zanchetta’s hearing had originally been scheduled for October 2021, but was delayed while awaiting files from the CDF.

Zanchetta’s legal team had requested the hearing be put on hold while both legal teams awaited the files, with an individual involved in the ecclesiastical process telling El Tribuno that “there is information there that is conclusive.”

“It is unclear if they chose to ignore the request in an attempt to protect their own, or hide behind a technicality, claiming the court did not file the procedures according to their liking,” a source reportedly close to the case in Salta told Crux.

A July 2020 document from the CDF, outlining how allegations of sexual abuse of minors should be dealt with, stated that the Ordinary should provide documents to relevant civil authorities, when a “legitimate” request is made for them.

Whenever civil judicial authorities issue a legitimate executive order requiring the surrender of documents regarding cases, or order the judicial seizure of such documents, the Ordinary or Hierarch must cooperate with the civil authorities. If the legitimacy of such a request or seizure is in doubt, the Ordinary or Hierarch can consult legal experts about available means of recourse. In any case, it is advisable to inform the Papal Representative immediately.

Should the Vatican continue to not provide the files, it would appear to be going against its own directives on the issue.

Zanchetta told the civil trial currently underway that his relations with the two seminarians he is accused of sexually abusing were “good” and “healthy.” He claimed that there was “another connotation” behind their claims of abuse, and even suggested that the Vatican’s canonical trial was, according to three priests, “a revenge” trial.

However, the court heard testimony from witnesses corroborating earlier accusations, claiming that Zanchetta’s phone contained “pornographic content in which the bishop and some young men appear.” Fr. Manzano testified that Zanchetta would enter seminarians’ rooms at night, offering alcohol and food. He would allegedly ask for “massages” from the seminarians.

The trial, closed to the media in order to conceal the identity of Zanchetta’s accusers, has not made a ruling as yet.