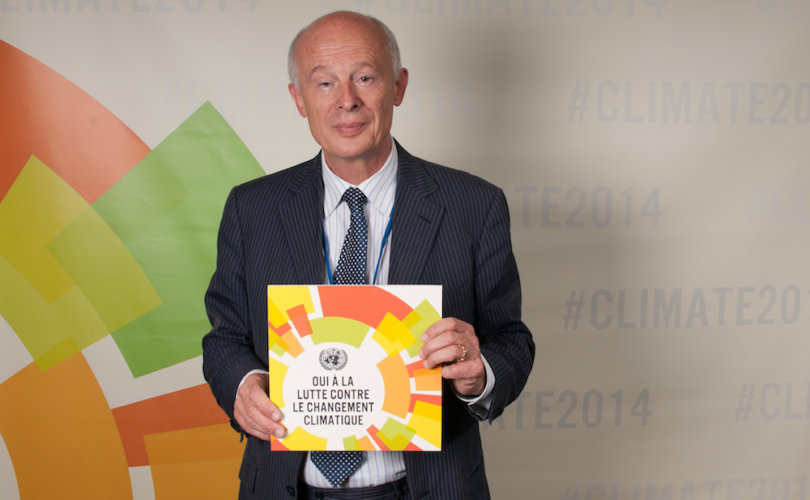 February 2, 2017 (LifeSiteNews) — A German climate czar and population control advocate who advises the Vatican fears the debasing of climate ideology by President Donald Trump could have “disastrous and irreversible effects for the world.”

Hans Joachim Schellnhuber told Funke Mediengruppe in an interview in late January that he is concerned the U.S. will pull out of international climate negotiations.

“It would be tragic if the USA should cease to partner with the international climate protection,” Schellnhuber said. “Science cannot expect any positive climate action from (Trump),” adding “that the world has not to move forward without the U.S. on the road towards climate-risk mitigation and clean-technology innovation.”

Trump also appointed Oklahoma Attorney General Scott Pruitt as EPA’s administrator. Pruitt is an outspoken opponent of the agency who previously led 14 lawsuits against the EPA.

Schellnhuber is a member of the Pontifical Academy of Sciences and was one of the presenters of the Papal Encyclical Laudato Si in 2015. He is largely responsible for the climate change content of the encyclical – and thought to have written parts of it – while rubbing shoulders with UN policy makers. After Trump’s emblematic steps to remove the climate change hypothesis from government-related material, Schellnhuber has publicly criticized the U.S. president.

Schellnhuber’s inclusion on the presentation panel for Laudato Si sparked considerable controversy. He is also director of the Potsdam Institute for Climate Impact Research in Germany and associated with the “gaia principle,” which proposes that both living and nonliving beings interact to form a self-regulating system that maintains the planet.

The “principle” has pantheistic undercurrents and devalues man, debasing him from his position as the apex of creation. Instead, it suggests that man has to step back to give the first rank to the planet itself. One of the ideas that naturally springs from such an assessment is the limitation of the growth of humanity.

Schellnhuber also is linked to a proposal for population control in order to protect the planet, suggesting that the ideal population is below 1 billion. He is known to have said: “If you want to reduce human population, there are wonderful means: improve the education of girls and young women. Then the demographic transition will be a little faster.”