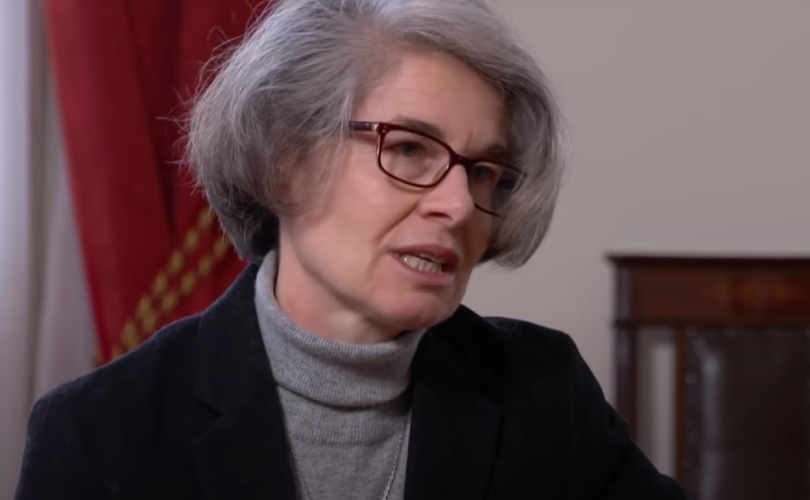 VATICAN CITY (LifeSiteNews) – The Vatican’s first female member of the Roman Curia with synodal voting rights has signaled her support for the staunchly pro-LGBT lobby group New Ways Ministry, to whom she will deliver an address on “synodality as a path of reconciliation” for LGBT-identifying Catholics.

Sister Nathalie Becquart, a member of the Congregation of Xavières, was appointed by Pope Francis last February to the position of under-secretary of the Synod of Bishops, an office previously only ever held by ordained men and which gives Becquart the right to vote at upcoming synods, the first time a woman has had the power to do so.

In Becquart’s new position, she is tasked with preparing for the Vatican’s synod focusing on “synodality.”

The high-ranking Vatican official is slated to deliver a speech in April to the dissident New Ways Ministry group, an organization that describes itself as Catholic while advocating for homosexual “marriage,” gender transitioning, and abortion.

The group has no official recognition from the U.S. Catholic bishops.

As part of the 2022 Father Robert Nugent Memorial Lecture, Becquart will speak “to LGBTQ people and their allies” to “explore the topic of synodality as a path of reconciliation,” New Ways Ministry announced on its website.

The late Nugent was one of the co-founders of New Ways Ministry and, alongside Sister Jeannine Gramick, was formally censured in 1999 by Cardinal Joseph Ratzinger, then-prefect of the Congregation for the Doctrine of the Faith (CDF), over his work lobbying for homosexual “marriage” and for distorting the Church’s immutable teaching on the nature of sex.

“The positions advanced by Sr. Jeannine Gramick and Fr. Robert Nugent regarding the intrinsic evil of homosexual acts and the objective disorder of the homosexual inclination are doctrinally unacceptable because they do not faithfully convey the clear and constant teaching of the Catholic Church in this area,” Ratzinger wrote.

Commenting on Becquart’s upcoming speech, Gramick said that “Pope Francis’ leadership” has helped pave the way for LGBT advocates to “dialogue with Catholic leaders,” criticizing that, before now, such arrangements were “too often rebuffed.”

“[R]eal listening and learning can happen as we journey together through the synodal process,” Gramick wrote. “Sr. Nathalie’s encounter with LGBTQ people and their allies is hopefully only a beginning for rich, new dialogue taking root in the church.”

New Ways Ministry executive director Francis DeBernardo said that Becquart’s appearance is “a strong sign that Pope Francis truly wants all people to be involved in the synodal discussions taking place in our church today.”

The leaders’ confidence in the support of the Vatican for its work is not without precedent. In June, Pope Francis wrote a letter of praise and thanksgiving to DeBernardo, commending the dissident leaders on their “attitude of shepherd closeness” and “neighborly work.” The Pope also stated his recognition of Gramick’s apparent suffering – presumably in reference to the CDF’s request for New Ways Ministry to cease its work – praising her as “a valiant woman who makes her decisions in prayer.”

In acknowledgment of Francis reaching out, Gramick said papal support for her work is a “very significant” step toward incorporating the LGBT agenda into the Church.

“Gay people say to me, ‘Pope Francis is wonderful, but he hasn’t changed the teaching of the church.’ Well, that is not his job right now,” Gramick said. “Eventually, it’s his job, but right now it’s up to us, the people, to articulate the faith.”

“Sometimes we have to go against what the leaders of our church say,” she continued. “We have to operate out of love and not fear. Pope Francis doesn’t want little robots. Vatican II didn’t, either.”

Meanwhile, Becquart has supported feminist interests in the Church, describing her appointment to the Synod of Bishops as a “brave signal and prophetic decision” by the Pope that should be taken as a “sign of the times.”