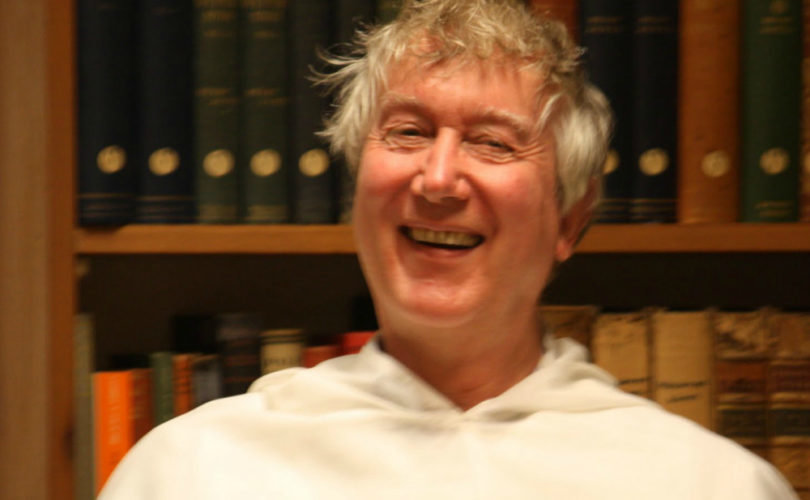 ROME, May 19, 2015 (LifeSiteNews.com) — Pope Francis has appointed radically liberal, pro-homosexual Dominican Father Timothy Radcliffe as a consultor for the Pontifical Council for Justice and Peace.

The Holy Father made the appointment on Saturday, according to Vatican Radio.

Father Radcliffe, an Englishman, author and speaker, was Master of the Dominican order from 1992 to 2001, and is an outspoken proponent of homosexuality.

“We must accompany [gay people] as they discern what this means, letting our images be stretched open,” he said in a 2006 religious education lecture in Los Angeles. “This means watching 'Brokeback Mountain,' reading gay novels, living with our gay friends and listening with them as they listen to the Lord.”

In 2005, as the Vatican deliberated the admission of men with homosexual tendencies to study for the priesthood in the wake of the Church sex abuse scandal, Father Radcliffe said that homosexuality should not bar men from the priesthood, and rather, those who oppose it should be banned.

As a contributor to the 2013 Anglican Pilling Report on human sexual ethics Father Radcliffe said of homosexuality:

The priest is also a supporter of the proposal of to allow communion for divorced and remarried Catholics.

He currently works as director of the Las Casas Institute of Blackfriars at Oxford University, a social justice center.

Social justice is the focus of the Pontifical Council of Justice and Peace, established in 1967 by Pope Paul VI in response to the Vatican II proposal for establishment of a body of the universal Church that would “stimulate the Catholic Community to foster progress in needy regions and social justice on the international scene.”

The pope appoints roughly 40 members and consultors to the pontifical body, according to their background and experience, who serve for five years, giving input to the planning for the Council.

When the Council gathers for assemblies, it’s for discernment of the “signs of the times,” Vatican.va states.

London, Ontario's Father Paul Nicholson suggested in his blog that observers can wonder how much Pope Francis knows about Father Radcliffe.

“The Holy Father is only a man, and is limited in how much he can know about any and every appointment,” Father Nicholson wrote. “His primary language is Spanish and perhaps he has not been sufficiently briefed. And that may be done intentionally by those around him.”

The Boston Globe’s Catholic website CRUX called the appointment “a move sure to raise eyebrows among the Church’s traditional guard,” and termed Father Radcliffe “a strong ally of Pope Francis,” before listing various controversies surrounding the Dominican over the years.

The selection of Father Radcliffe by the Holy Father drew criticism from many Catholics.

“It’s very clear indeed now, that to be 'a priest in good standing' means to be opposed to all that is truly Catholic – and that includes true morals,” the post read, and called for prayers for the Holy Father.

“Interesting that these appointments are going out over the weekend so people can't comment as readily,” The Eponymous Flower blogged in a post titled, “Evil Dominican Tapped For Important Post.

“Good times for dissident Dominicans” was the headline of the Rorate Caeli post on the papal appointment, which called Father Radcliffe “Uber-liberal.”

“It is true that Radcliffe has ‘opposed’ ‘gay marriage,’” the post said, “but his farcical ‘opposition’ rests on grounds entirely contrary to those of the Church: Radcliffe opposes it because, in his words: ‘gay marriage’ ultimately, we believe, demeans gay people by forcing them to conform to the straight world.”

“Radcliffe's acceptability has just received a major upgrade with this latest appointment,” Rorate Caeli stated. “A tremendous slap to the face of so many good Catholics who had opposed him out of fidelity to the faith.”