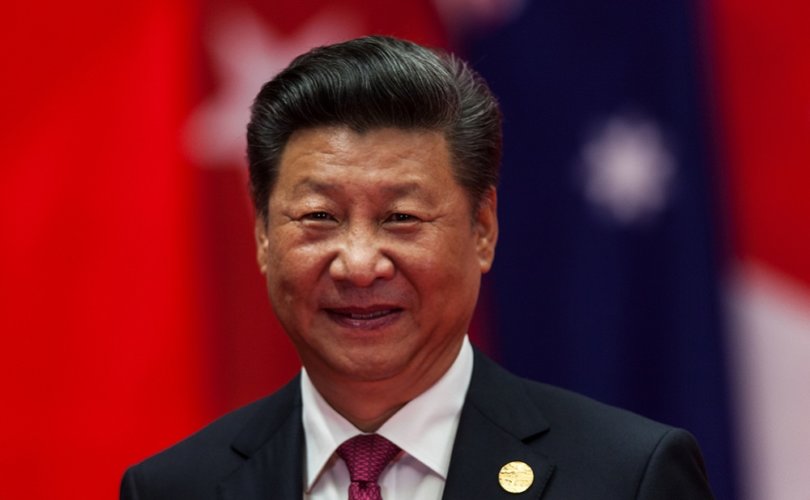 ROME, August 10, 2020 (LifeSiteNews) — A Vatican bishop close to Pope Francis has said that the Holy See will renew its controversial secret deal with China and that “the initial experience went well.”

With the two year Vatican-China agreement due to expire on September 22, Argentine Bishop Marcelo Sánchez Sorondo, the chancellor of the Pontifical Academies of Sciences and Social Sciences, told the Chinese Communist Party–controlled Global Times that “they are going to renew it, which means that the initial experience went well.”

Sánchez has previously praised China as “extraordinary” and said that their communist regime is the “best [at] implementing the social doctrine of the Church.” In September 2018, when the Vatican-China deal was first signed, Sánchez issued a rebuke to critics of the deal, which was also published in the Global Times.

The content of The Vatican-China agreement, signed in September 2018, remains unknown, but it is widely understood that the deal allows Chinese communist authorities to handpick bishops who will then be approved by the pope, contrary to Catholic teaching. In its article covering Sánchez’s comments, the Global Times referred to the deal as “the provisional agreement on bishop appointments.”

In August 2019, the Vatican confirmed the consecration of the first Chinese bishop following the controversial deal.

In recent months, there have been reports that in addition to the ongoing removal of crosses and other religious symbols from churches, government authorities in China have now begun removing Christian symbols from private homes.

A report by the U.S. government released in January 2020 found that the “intensity” of religious persecution, which has not been seen “since the Cultural Revolution,” was linked to the Vatican signing a secret deal with the Chinese communist government to give the government more power over the Church in the country.

In April, a 60-year-old Chinese Catholic priest was arrested for refusing to join the state-run “independent Catholic Church.”

Earlier this year, Catholics in England called for the Vatican’s deal with China to be “torn up” while drawing particular attention to research presented to the U.N. by the London-based human rights group, China Tribunal, of the Chinese government’s involvement with forced organ harvesting.

Pope Francis, meanwhile, has repeatedly called on Chinese Catholics to be “good citizens”, as well as telling them not to engage in “proselytism.”

Fr. Benedict Kiely, a Catholic priest incardinated in the Personal Ordinariate of Our Lady of Walsingham, told Catholic journalist Damian Thompson in a podcast published last week by The Spectator that the Chinese government is attempting to replace worship of God with worship of the State.

“It’s really a worship of the State,” Kiely said. “[I]t’s a cult of China itself and so that is being forced upon all religious groups in China including the Catholic Church.

“So for example, statues of the Virgin Mary are being removed from Chinese Catholic churches and pictures of President Xi Jingping are being put in place. Hymns are now being sung to Mother China, rather than to God, or to Christ or to the Virgin Mary.”

Kiely said the Vatican “seems to be either exceedingly naive, or exceedingly stupid, or worse, to imagine that the Chinese Communist Party is going to agree to anything that will aid or help actual faith in China.”

Cardinal Joseph Zen, the former bishop of Hong Kong, has described the Vatican deal with China as a “betrayal of the real Church.” Zen says he has seen the text and that it is “very mild, in no way offensive to the Chinese government.”

In a recent interview with EWTN, Zen highlighted how the deal had led to the legitimization of seven bishops of the schismatic Chinese Catholic Patriotic Association who had previously challenged Church doctrine and, even now, show no sign of repentance or gratitude to Pope Francis.

“They went around singing triumph,” he said. “Now they are winners. They have been clever to follow the government.”

Because of the failings of these seven bishops and the fact that underground Catholic bishops loyal to Rome were asked to step aside for two of them, Zen believes he is justified in saying, as he has said previously, that Pope Francis “is giving the sheep to the wolves.”

One of those seven bishops, Zhan Silu, is now vice chairman of the bishops’ conference of the Catholic Church in China. Zhan reportedly told the Global Times that the renewal of the agreement could mean “upgrading it from a temporary agreement to a formal one.”

“The agreement is a key link that secures China-Vatican ties and could help push ties to the next step,” he said.