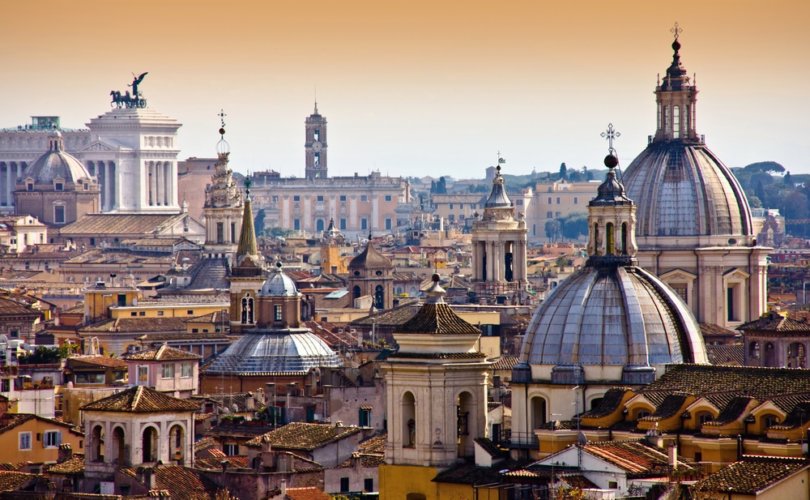 ROME, March 13, 2020 (LifeSiteNews) — While the closure of churches in Rome was still in effect yesterday, Papal Almoner Cardinal Konrad Krajewski decided to keep his church open, telling Catholic media that “home should always be open to its children.”

Yesterday Cardinal Angelo De Donatis, the Pope’s vicar for the diocese of Rome, announced that all the Catholic churches in Rome would be closed until April 3, 2020.

The decision, however, was reversed this morning, with parish churches and mission seats again open for private prayer and devotion. The cardinal vicar of Rome said the decision was made only “after consulting our bishop, Pope Francis.” In a statement issued earlier today, Cardinal De Donatis said that the churches were reopened after a “further confrontation with Pope Francis this morning.”

But, before the decision to re-open the churches was announced, Cardinal Krajewski told Crux that he had disobeyed the orders and opened the doors to his titular church of Santa Maria Immacolata on the Esquiline Hill.

“It is the act of disobedience, yes, I myself put the Blessed Sacrament out and opened my church,” Krajewski said.

“This is an act that should bring courage to other priests.”

“Home should always be open to its children,” he added. “I don’t know whether people will come or not, how many of them, but their home is open.”

Cardinal Krajewski is the only Polish prelate to have received the red hat from Francis and has a track-record for taking bold actions when he feels that it is necessary.

In May 2019, he drew controversy after breaking the law to reconnect electricity to a building occupied by squatters, where the electricity had been cut off due to outstanding electric bills of 300,000 euros.

The building was known to house numerous families with young children, but was also known to host for-profit, untaxed rave parties. One of the groups which hosted the raves, LaRoboterie, described itself as, among other things: “techno, queer, gay, lesbian and transexual.”

Krajewski climbed down a manhole and broke a seal to reconnect electrical circuit breakers for the building. He defended the act as a “humanitarian gesture” aimed at protecting the families living there.

During a recent new year’s eve party, all seven floors were used to host a rave at the building. Italian sources told LifeSite that the families living in the building had to “suffer through” and “submit to” these events in exchange for rent-free housing. LifeSite did not receive a response from the Holy See Press Office at that time when asking why the Vatican was supporting a group that allows such events to be held, particularly with minors present and families with children in the building.