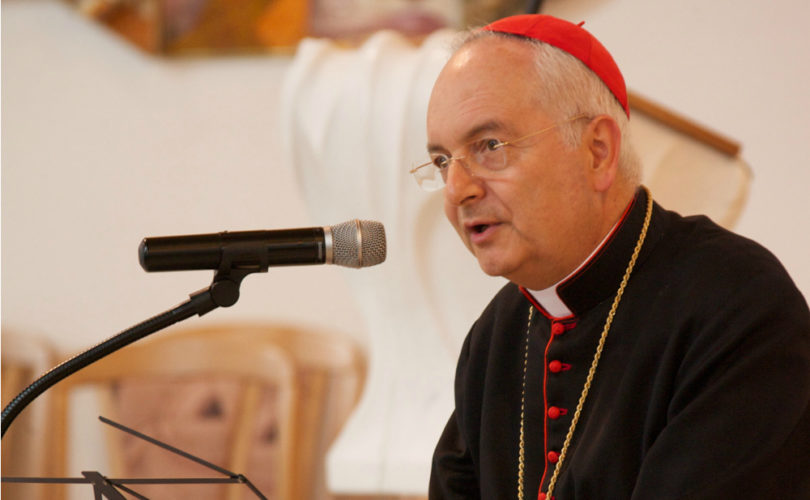 The cardinal who heads the Vatican’s Apostolic Penitentiary says that the main way to fight evil is to frankly call it what it is, and that justifying sin is as great an offense as failure to recognize it.

In a conversation about the Feast of the Immaculate Conception, which Catholics celebrate on December 8, Cardinal Mauro Piacenza told Zenit news agency that not being forthright about sin or finding ways to justify it are simply modernized versions of early heresy that impede the very redemption offered by Christ’s crucifixion.

“The first way to ‘resist evil’ is to recognize it,” he said. “To call it by its name, without deception.”

“We can say that the greatest sin is not to recognize sin and to structure ways of self-justification that, in fact, frustrate the Cross of Our Lord Jesus Christ,” the cardinal continued. “They are always updated editions and, more or less, disguised of the ancient Gnostic heresy.”

The cardinal became Penitentiary Major of the Apostolic Penitentiary when Pope Francis removed him as Prefect of the Congregation for the Clergy a few months into his papacy.