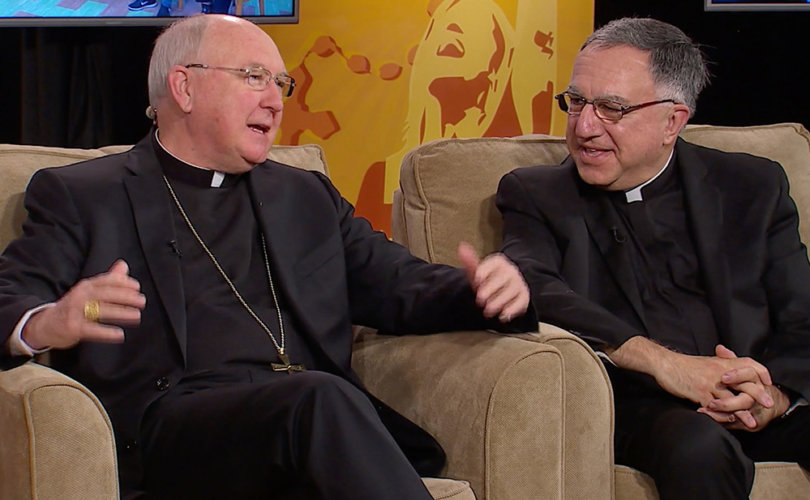 TORONTO, October 25, 2017 (LifeSiteNews) — A high-ranking Vatican cardinal suggested that the upcoming 2018 Synod of Bishops on youth will be a vehicle of “change” to the Catholic Church under the Francis pontificate.

Cardinal Kevin Farrell, appointed by Pope Francis to head the Vatican's life and family dicastery, told young people during a televised youth forum that aired Sunday that the Pope wants to hear the voice of young people to bring about change in the Church.

“We really need to let our voice be heard, if not, life will go on as before. And that is not the way we want it to be. We need the Church to be more involved with the young people of the world, and you, my dear people, are the ones who are going to tell us how to do that,” he said.

Young people, he said, must say “how the Church needs to change its ways of doing things so we can be more attuned to the voice and to the hearts of the young,” he added later during the show.

The show was organized by Canada’s Salt and Light and co-hosted by Vatican consultant Fr. Thomas Rosica.

Faithful Catholics have raised concern that just as the recent Synods on the Family were used to undermine the Church’s teaching on marriage and the Eucharist, so too do they fear that the Youth Synod will have an analogous agenda.

The Vatican released earlier this year a survey for young people across the world asking them about their lives and about their opinions about how they view Jesus Christ and the faith in general.

According to the synod preparatory document, the results of the survey will largely form the basis for drafting the synod’s working document.

The preparatory document states, among other things, that “by listening to young people, the Church will once again hear the Lord speaking in today’s world.”

Voice of the Family’s Matthew McCusker said that such statements erroneously imply that the Church “is not currently hearing the Lord” and that youths “should guide the Church.”

“The truth is of course precisely the opposite. It is ‘young people,’ along with everybody else, who need the guidance of the Church,” he wrote in a recent article about the upcoming synod.

McCusker warned that the youth synod “threatens to be just as destructive to the integrity of the profession of the Catholic faith as the ‘family synods’ which have preceded it.”

“The (preparatory) document seems to be setting the stage for a synodal process which will put ‘young people’ forward as the arbiters of what the Church should do and teach,” he wrote.

“We foresee the Synod Secretariat presenting requests from ‘young people’ for changes in Catholic doctrine and practice, which will then be presented as evidence that the Church needs to change her fundamental beliefs. The ‘young people’ in question can, of course, be preselected and manipulated to serve predetermined ends,” he continued.

“Faithful Catholics must prepare themselves for the inevitable escalation of this new assault on the Church, in which her own ill-catechized and malformed youth will be used against her. Those who control the mechanisms of power in the Vatican have given ample of proof of the extent to which they will go to spread their own perverted and distorted ‘gospel,’ in the place of the true gospel revealed once and for all by Our Lord Jesus Christ,” he concluded.