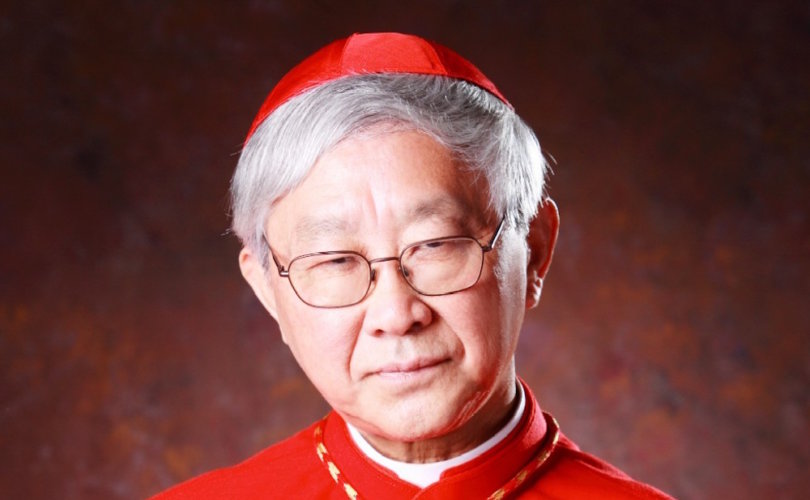 HONG KONG, November 7, 2016 (LifeSiteNews) – The highest ranking Chinese prelate in the Catholic Church says it would be “absolutely unacceptable” for the Vatican to strike a deal with the state-run Chinese Catholic Patriotic Association and would make the Church “totally subservient to an atheist government.” Cardinal Joseph Zen told the Wall Street Journal that such an agreement would risk alienating authentic Catholics in China–the underground Church–from the Vatican.

“Within days church leaders could conclude a landmark agreement with the Chinese government after 65 years of acrimony and persecution,” the Wall Street Journal reported.

Zen said the Vatican may “surrender” to the Chinese government in agreeing to the deal, which would potentially allow the Chinese communist leaders to select Catholic bishops.

“Beijing has claimed” this power “since the 1950s, when Mao Zedong banished Vatican officials and established the state-run Chinese Catholic Patriotic Association in their place,” the Wall Street Journal reported. “That organ now oversees the 'official church' of some 70 bishops and five million adherents who answer to Beijing and toe its line. The underground church, by contrast, follows the pope, for which its 30 bishops and estimated seven million adherents face harassment, imprisonment and worse.”

In such a deal, “Rome would commit to recognize as bishops only those clerics who first win nomination from the Patriotic Association’s bishops conference.”

“I would prefer no bishops,” said Zen because “with fake bishops you are destroying the church.” He explained that even though many of these state-appointed bishops are faithful to the Church's teaching, they are “puppets” completely controlled by the government.

“Pope Francis has no real knowledge of communism,” the cardinal said, or he wouldn't be considering this.