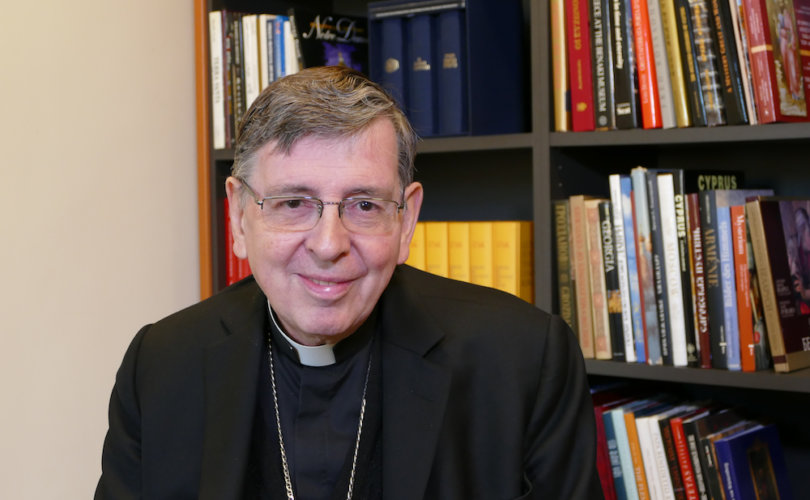 Koch, the president of the Pontifical Council for Promoting Christian Unity, said that this pro-life witness “is very important” because without it “the different churches and ecclesial communities in Europe cannot speak with one voice about these every important questions [and] the voice of Christianity becomes” muted.

“It is a great challenge for the ecumenical situation to deepen these questions to find a better unity…in these ethical issues,” he said.

The theme of the pope’s upcoming visit to Lund, Sweden to commemorate the 500th anniversary of the Reformation is “from conflict to communion,” Koch explained. He said Catholics and Lutherans “are on the way to Communion” but “intercommunion is for us Catholics the aim, the goal of the way, and not part of the way” so “intercommunion cannot be part of” this event.

There are significant theological differences between the Catholic and Lutheran understandings of what Communion is and what the Church is. Koch said that forming a new Church was never the intention of Martin Luther. He sought a renewal, a reformation. “We know that Luther did not want to create a Church, a new Church, but that he wanted a renewal of the [Catholic] Church. [With the Protestants] we have therefore another type of Church, which does not share the understanding of what the Church is with Catholics.”

This understanding of the Church is the condition of possibility for a common Communion. A full communion is only possible with a shared ecclesiology. Lutherans have expressed their hope to receive Communion from Catholics as part of a sign of unity with the Catholic Church, but this practice is not lawful.

In preparation for this event, a Lutheran group of pilgrims traveled to the Vatican from Germany and were received by Pope Francis along with statue of Luther, as LifeSiteNews previously reported.

Koch also commented on Catholic-Orthodox relations, the remarkable nature of the pope's commemoration of the Reformation, and what Catholics and Lutherans have in common.