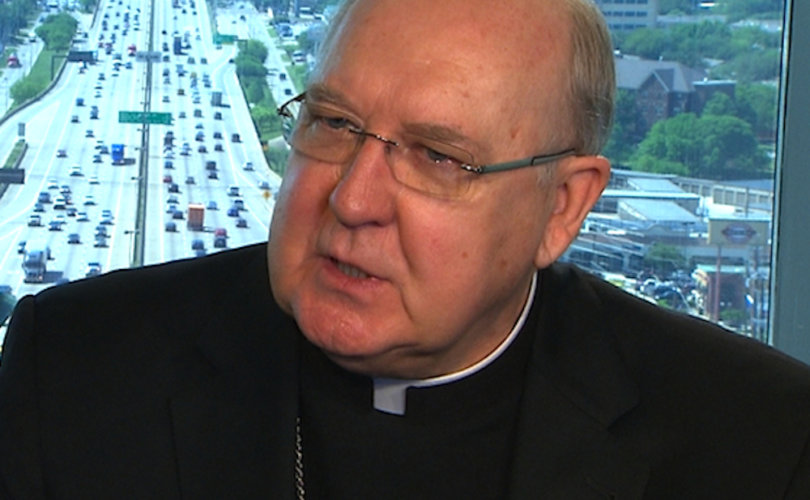 ROME, November 28, 2016 (LifeSiteNews) — The newly minted Cardinal tasked by Pope Francis to head the Vatican’s new dicastery for the laity and family stated his plan last week to gather people from around the world to develop a marriage program based on the controversial Apostolic Exhortation Amoris Laetitia.

Asked about his “immediate priorities” in his new post, Cardinal Kevin Farrell told Crux Now on Friday that he wants to make sure bishops’ conferences become “involved in promoting the laity … and in promoting Amoris Laetitia.”

Crux Now: What does that mean?

Farrell: Making people rethink the way we do things, and the way we do marital preparation, the way we educate our children. The way we do it, a six-week course before they get married, is crazy. The way I see it, it should begin in high school.

Crux Now: So for you, the scope of Amoris Laetitia goes way beyond the divorced and remarried?

Farrell: That’s the least of these questions! I understand the question, I lived in the United States. But the reality of the world we live in is that the Church is in the situation it’s in because of a lack of Christian education, in other words, Catholic teaching. Do people understand what we believe and why we believe it? I would like to get people from all over the world to come together and develop programs.

Crux Now: Around the principles of Amoris Laetitia?

Farrell: Yes, about human love and the basics of marriage understood in the Catholic sense.

Amoris Laetitia, published in April, has caused confusion among Church leaders and laity alike for what critics say is ambiguous teaching on the indissolubility of marriage, the existence of absolute moral norms, and the role of conscience in making moral decisions. Specifically, the document has been criticized for its “smoking footnote” 351 that critics say opens the door to civilly divorced and remarried Catholics to receive Holy Communion as a pathway to a “life of grace and charity.”

Earlier this month, four Cardinals went public with their questions to Pope Francis asking him if his exhortation was consistent with Catholic moral teaching after the pope failed to respond to their questions privately.

In mid-November, Farrell slammed Philadelphia Archbishop Charles Chaput’s guidelines for implementing the exhortation as causing “division.” Chaput’s guidelines upheld the teachings of the Church by stating that civilly divorced and remarried Catholics may not receive Holy Communion unless they “refrain from sexual intimacy.”

“I don't share the view of what Archbishop Chaput did, no,” he said at that time. “I think there are all kinds of different circumstances and situations that we have to look at — each case as it is presented to us.”

Farrell said the bishops’ conferences must make the exhortation “become a priority issue.”