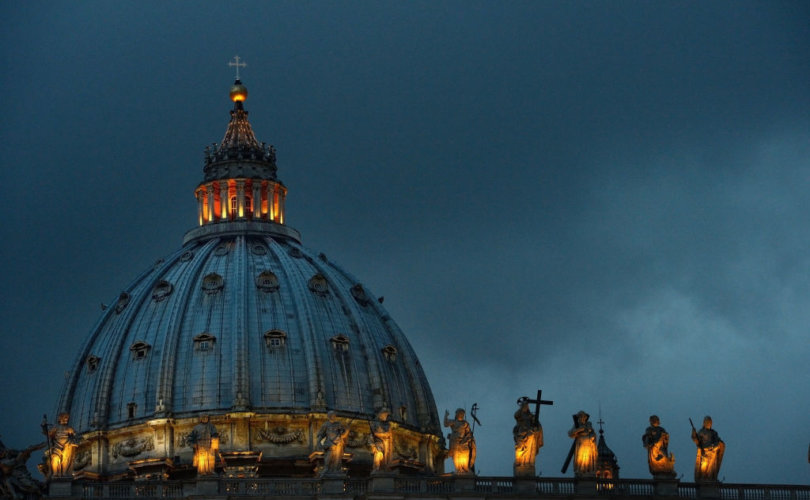 ROME, November 8, 2019 (LifeSiteNews) — With so much attention focused in recent weeks on the violation of the first commandment, further attacks on the fifth and sixth commandments have gone unnoticed in Vatican City.

In the middle of the Amazon Synod, a smaller but not insignificant gathering was also organized by the Holy See and the Sustainable Development Solutions Network (SDSN), directed by pro-abortion globalist and sustainable development guru, Jeffrey Sachs.

Founded by former United Nations General Secretary Ban Ki-moon in 2012, donors and partners of SDSN include the pro-abortion, pro-gender theory Bill and Melinda Gates Foundation. One of Sachs’s biggest supporters over the years has also been far-left financier George Soros, who donated $50 million to his Millennium Villages Project.

The Oct. 15 Vatican youth symposium, hosted at the headquarters of the Pontifical Academy of Sciences, the Casina Pio IV, was titled: “Intergenerational Leadership: Laudato Si’ and the Sustainable Development Goals.”

The conference, which has taken place in the Vatican for the fourth consecutive year, was designed to discuss the promoting of the United Nations Sustainable Development Goals (SDGs), numbers 3.7 and 5.6 of which include “sexual and reproductive health services,” which is a euphemism used in the United Nations to refer to abortion and contraception.

SDG 3.7 reads: “By 2030, ensure universal access to sexual and reproductive health-care services, including for family planning, information and education, and the integration of reproductive health into national strategies and programmes.”

SDG 5.6 states: “Ensure universal access to sexual and reproductive health and reproductive rights as agreed in accordance with the Programme of Action of the International Conference on Population and Development and the Beijing Platform for Action and the outcome documents of their review conferences.”

The young people attending the Vatican symposium gathered for a group photo outside the Pontifical Academy of Sciences holding colored signs, symbolizing the different SDGs, including a green sign of SGD 3, labeled health and well-being, and an orange sign of SDG 5, labeled Gender Equality, both pictured below:

A quick visit to the SDSN-Youth website shows a young lawyer boasting of travelling around India promoting abortion and contraception.“There are other positive initiatives, like the newly launched inject-able contraceptive Tarang. It lasts for three months and requires less care daily than oral pills,” 25-year-old Aparna said in an Oct. 2018 posting.

“The community too is showing wide acceptance of this method of contraceptive,” she said. “However, despite these initiatives, there is a lot of scope for improvement towards training medical personnel and ensuring abortions are youth-friendly.”

In 2017, Bishop Marcelo Sanchez Sorondo, Chancellor of the Pontifical Academy of Sciences, justified the increasing role played by Jeffrey Sachs in events organized or hosted by the Holy See by saying that Sachs does not express his pro-abortion opinions in the context of the events.

“Jeffrey Sachs, in public, didn’t say it,” the academy chancellor insisted in 2017. “He didn’t speak here about this. He didn’t write here anything like this.”

But the Vatican youth symposium, co-organzed with the SDSN-Youth, is specifically promoting as objectives targets which include legal abortion and plentiful contraception.

The meeting, which was opened by Bishop Sorondo and Jeffrey Sachs, highlighted the important role education will play in implementing the sustainable development goals. SDSN has already established a wide network that targets universities and schools through it’s Global Schools Program.

The coming months will show what role if any SDSN and its youth-branch play in the ‘Global Education Pact’ Pope Francis has called for in May 2020.