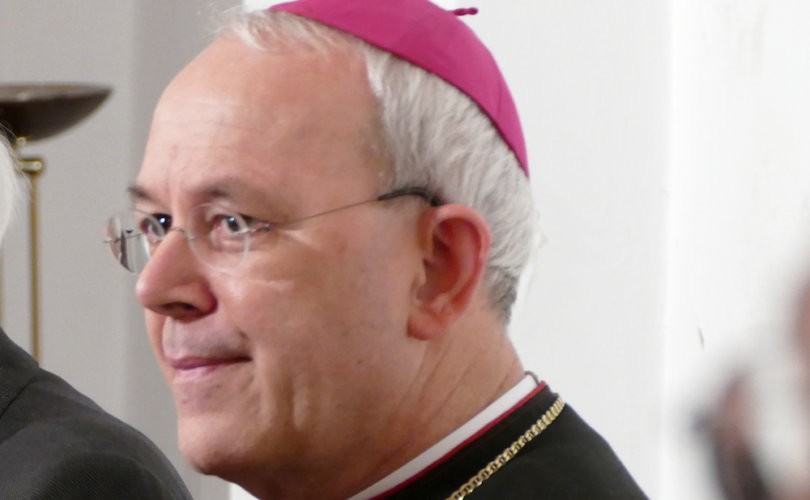 July 25, 2017 (LifeSiteNews) — Ambiguous teachings in the Second Vatican Council (1962-65) have been used for the past five decades and are still being used today to create “another church” that claims to be Catholic, but is not, said Kazakhstan Bishop Athanasius Schneider.

This does not mean, however, that Vatican II must be rejected, but it must be interpreted according to the “entire Tradition and of the constant Magisterium of the Church,” he wrote in an article published July 21 by Rorate Caeli.

Stated Schneider: “As to the attitude towards the Second Vatican Council, we must avoid two extremes: a complete rejection (as do the sedevacantists and a part of the Society of St. Pius X (SSPX) or a ‘infallibilization’ of everything the council spoke.”

“Vatican II was a legitimate assembly presided by the Popes and we must maintain towards this council a respectful attitude. Nevertheless, this does not mean that we are forbidden to express well-founded doubts or respectful improvement suggestions regarding some specific items, while doing so based on the entire tradition of the Church and on the constant Magisterium,” he added.

The Bishop’s article comes at a time when many faithful Catholics perceive a general crisis within the Church and have a tendency to place the blame for the crisis squarely on the shoulders of Vatican II.

Schneider said the Vatican II council must be interpreted as the Council Fathers meant it to be, namely a “primarily pastoral council,” not a council that proposed “new doctrines.”

“From an objective point of view, the statements of the Magisterium (Popes and councils) of definitive character, have more value and more weight compared with the statements of pastoral character, which have naturally a changeable and temporary quality depending on historical circumstances or responding to pastoral situations of a certain period of time, as it is the case with the major part of the statements of Vatican II,” he said.

Schneider said a problem arises when various ambiguous statements from Vatican II are “infallibilisized” and used to “create another church – a church of a relativistic or Protestant type.”

“In our days, we are experiencing the culmination of this development,” he added.

Such ambiguous statements, he said, involve the role of the pope in relation to bishops, the neutrality of the state in relation to public worship, and the Catholic Church as the unique path to salvation. Schneider said these issues discussed in Vatican II should be looked at through a pastoral lens that is non-fallible.

“We must free ourselves from the chains of the absolutization and of the total infallibilization of Vatican II. We must ask for a climate of a serene and respectful debate out of a sincere love for the Church and for the immutable faith of the Church,” he said.

The bishop said he has hope that if the Society of Saint Pius X (SSPX) is fully integrated back into the life of the Church, then it could provide needed balance for such a debate.

“The fully canonical presence of the SSPX in the life of the Church of our days could also help to create a general climate of constructive debate, in order that that, which was believed always, everywhere and by all Catholics for 2,000 years, would be believed in a more clear and in a more sure manner in our days as well, realizing thereby the true pastoral intention of the Fathers of the Second Vatican Council,” he said.

Schneider said faithful Catholics must hold fast to the truth that the Church belongs to Christ and he will intervene to renew the Church in his own time.

“We must renew our faith in believing that the Church is in the safe hands of Christ, and that He will always intervene to renew the Church in the moments in which the boat of the Church seems to capsize, as is the obvious case in our days,” he said.

Earlier this month, Pope Emeritus Benedict XVI in a message at the funeral of his friend Cardinal Joachim Meisner said “the Lord does not abandon His Church, even when the boat has taken on so much water as to be on the verge of capsizing.”