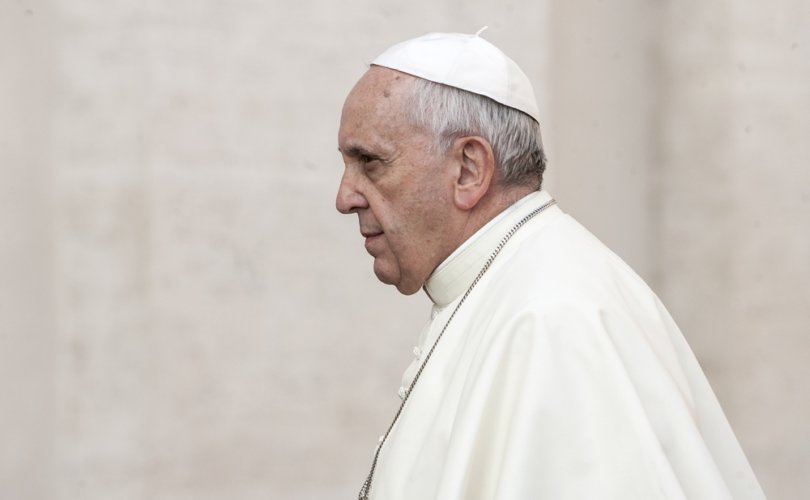 January 17, 2020 update: Die Tagespost reported today that Pope Emeritus Benedict's private secretary, Archbishop Georg Gänswein, denies Socci’s statements. Gänswein told the German Catholic newspaper that it was a “fictitious” and a “lie” that Pope Francis ordered a complete denial of Benedict XVI’s co-authorship of From the Depths of Our Hearts. The German secretary, who is also the head of Pope Francis’ Papal Household, stated that Pope Francis had said “nothing” to him about the book when he met with him last week. Gänswein denied also that Benedict had agreed to a compromise solution to protect him from “South American vendettas.” He maintains that the Pope Emeritus did not see the French version of the work until Monday afternoon.

ROME, January 15, 2020 (LifeSiteNews) – A Vatican-based journalist has alleged that Pope Francis was “furious” over Pope Benedict’s contribution to a book co-authored with Cardinal Robert Sarah defending priestly celibacy, demanding that Benedict retract his name from the work.

Antonio Socci, an Italian Catholic journalist best known for his coverage of Church news, has reported on social media that Pope Francis was infuriated by the texts in Des Profondeurs de nos coeurs (From the Depths of Our Hearts) supporting priestly celibacy.

“The day before yesterday … the end of the world broke out in the Vatican because Bergoglio was furious,” Socci wrote this Tuesday.

“In fact, that very authoritative pronouncement of Benedict XVI prevents him from taking a pickaxe to ecclesiastical celibacy as he had planned to do in the next post-synodal exhortation,” he continued.

“Thus, [Pope Francis] personally called Archbishop Gänswein, the secretary of Benedict XVI as well as the prefect of Bergoglio’s pontifical household, and ― furious ― ordered him to remove the name of Benedict XVI from the cover of the book …”

Socci said that “reliable sources within the Vatican” had given him the “behind the scenes” story leading up to the Pope Emeritus’ decision to distance himself from the book he co-authored with Cardinal Sarah. The prolific author of such works as The Secret of Benedict XVI: Is He Still the Pope?  stated that Pope Francis wanted his predecessor to renounce his authorship entirely ― which would have been a falsehood.

“For this reason the first filtered news spoke of sources ‘close to Benedict XVI’ who said that Benedict had neither co-authored a book with Sarah nor approved the cover, that is, his signature on the book,” he continued.

“This, however, was not true, and Benedict XVI could not bring himself to bear false witness implying that Cardinal Sarah had involved him without his consent. Nor had Pope Benedict the least intention of retracting what he had written in defence of celibacy in that volume.”

Socci noted that at the outbreak of the scandal Cardinal Sarah had published his correspondence with the Pope Emeritus that demonstrated that the book was the work of them both and that the book had Benedict’s consent. The Pope Emeritus’ instructions to publishers to downplay his authorship in future editions of the work, however, was allegedly to protect Archbishop Gänswein.

“….Benedict also found it necessary to shelter his secretary from South American ‘vendettas’, given that he had received a peremptory order from Bergoglio,” Socci wrote.

“Thus this compromise solution was adopted: on the cover of future editions of the book the author will be Cardinal Sarah ‘with the contribution of Benedict XVI,” he continued.

“The text in the book, in any case, will remain the same.”

Socci said that this “messy compromise” means that Pope Francis’s “court” are able to tell the media that the Pope Emeritus has retracted his signature from the book, “even though this is not true” and his name still appears on the agreed-upon parts of the work.

“A most ugly story of clerical power that in the end points to a gagging of Benedict XVI,” he remarked.

“However, there remains the underlying question: if Bergoglio, in his exhortation bashes celibacy, with the ordination of ‘viri probati’, which is in fact in direct conflict with the doctrine of the Church recently reaffirmed by Pope Benedict XVI,” Socci stated.

“Thus he assumes responsibility for a most serious breach with heavy consequences.”

The American publisher of the English translation of the work, Ignatius Press, has affirmed the co-authorship of the work. The company’s founder and editor-in-chief, a former student of Joseph Ratzinger, told LifeSiteNews on Monday that claims Benedict had not co-authored the book were “fake news.”

“I just got a call from Cardinal Sarah. He confirms that Pope Benedict is co-author with him,” said Fr. Joseph Fessio.

Ignatius press confirmed Tuesday that it will continue to list the two prelates as co-authors.

According to an official letter written to the bishops of the world, but leaked to LifeSiteNews, Pope Francis wants to publish a final document on the Amazon Synod by early February. One of the most controversial topics of the synod, the possibility of ordaining married aboriginal men in the Amazon to the priesthood, is expected to be addressed in this post-synodal exhortation.