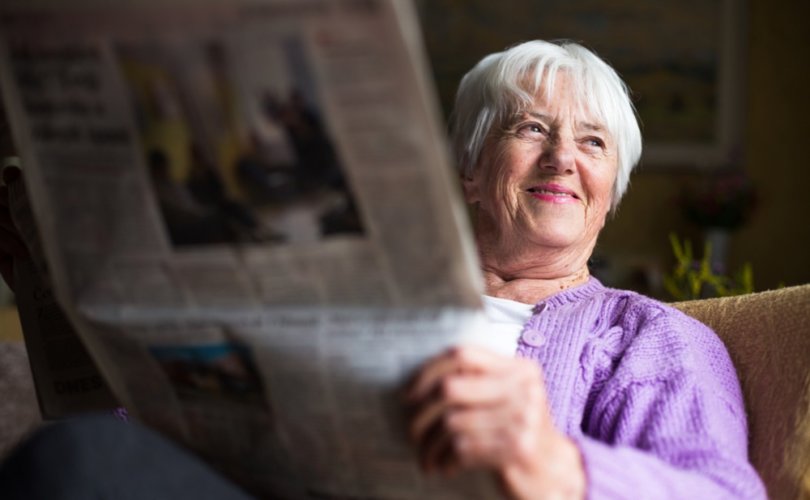 VATICAN CITY, July 23, 2020 (LifeSiteNews) — The Vatican’s Congregation for Clergy published an instruction Monday on parish reform and diocesan restructuring that sets out the role of the laity in the Church’s mission of evangelization.

Pope Francis signed the 24-page document, titled “The pastoral conversion of the parish community in the service of the evangelizing mission of the Church,” on June 29, the Solemnity of Ss. Peter and Paul.

The Vatican published it on July 20, along with a written introduction by Monsignor Andrea Ripa, the under-secretary of the Congregation for the Clergy, who described the instruction as an “instrument with which to support and accompany the various projects of parish reform and diocesan restructuring.”

The document does not introduce new legislation, but stipulates provisions of the current law to safeguard “the faithful from certain possible extremes, such as the clericalization of the laity and the secularization of the clergy, or from regarding permanent deacons as ‘half-priests’ or ‘super laymen,’” the under-secretary wrote.

“One could say that the essence of the present Instruction is to recall that in the Church ‘there is a place for all and all can find their place,’ with respect to each one’s vocation,” Msgr. Ripa said.

The document specifies ways of assigning pastoral ministries within the parish and clarifies the role of the deacons, consecrated men and women, and laity in dioceses facing a shortage or lack of priests, as reported by Catholic News Service.

In such “pastorally problematic circumstances,” which are to be regarded as extraordinary and temporary, the Church allows under Canon 517 that a bishop “may entrust the pastoral care of a parish to a deacon, to a consecrated religious or layperson, or even to a group of persons,” the document stated. Such a “consecrated religious” or “layperson” could be female.

Those so entrusted “will be directed by a priest with legitimate faculties, who will act as a ‘moderator of pastoral care,’ with the powers and functions of a parish priest, albeit without an office with its duties and rights,” it said.

“Furthermore, it would be preferable to appoint one or more deacons over consecrated men and women or laypersons for directing this kind of pastoral care.”

A bishop may also “officially entrust to deacons, consecrated men and women and lay faithful, under the direction and responsibility of the Parish Priest” other duties beyond the canonically defined roles of lector and acolyte, the document says.

These include celebrating a Liturgy of the Word on Sundays and Holy Days of obligation in the extraordinary circumstance that no priest is available (giving pre-eminence to deacons in this situation); the provision of baptism; celebrating funeral rites; and assisting at marriages.

However, a bishop must not identify those with roles of responsibility in parishes without a priest as “pastor, co-pastor, chaplain, moderator, coordinator, parish manager,” as these titles have “a direct correlation to  the ministerial profile of priests,” stated the document.

Rather, deacons and consecrated and lay men and women with roles of pastoral responsibility should be designated as “deacon cooperator, coordinator, pastoral cooperator or pastoral associate or assistant.”

Laypeople are called “to make a generous commitment to the service of the mission of evangelization,” first and foremost through the “general witness of their daily lives,” the document stated.

The laity should also be consulted by bishops who are considering merging or suppressing parishes, Msgr. Ripa wrote.

“Dropping plans upon the People of God from above, without their involvement, should be avoided,” he said.

The document noted that the “scarcity of diocesan clergy, the general financial situation of a diocese,” and other situations that are temporary or reversible are not sufficient reasons to suppress a parish.

Nor are “the lack of clergy, demographic decline or the grave financial state of the diocese” legitimate reasons to deconsecrate and sell churches and chapels.

The document emphasized the need for parish communities to cooperate with each other to more effectively evangelize in an ever-changing world.

“The historical parish institution (must) not remain a prisoner of immobility or of a worrisome pastoral repetition, but rather, it should put into action that ‘outgoing dynamism’ that, through collaboration among different parish communities and a reinforced communion among clergy and laity, will orient it effectively toward an evangelizing mission, the task of the entire People of God,” it stated.

“Given that the church is mandated by Christ to be missionary, evangelizing and outward-looking, a reform of her structures is continuously required in order to respond to the challenges of the day,” the under-secretary wrote.

“Naturally, this involves a certain reorganization in the way the pastoral care of the faithful is exercised, so as to foster a greater co-responsibility and collaboration among all the baptized.”