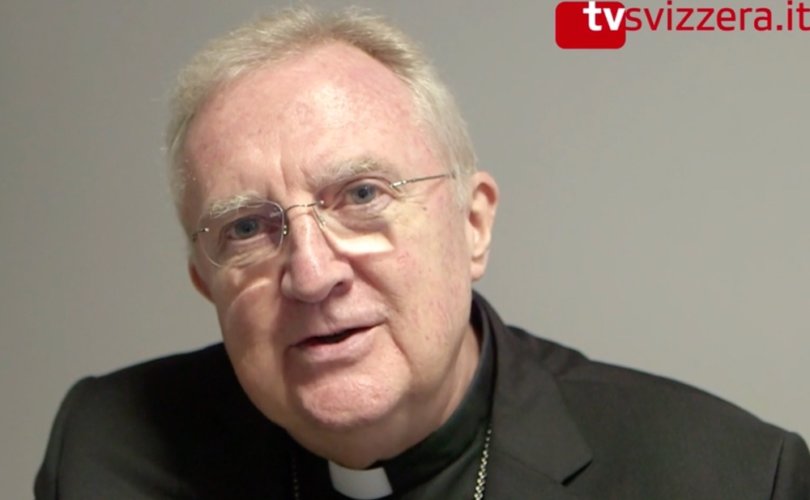 VATICAN CITY (LifeSiteNews) – The head of the Vatican’s liturgical department, Archbishop Arthur Roche, has described the provision of the Latin Mass in the past 30 years as an “experiment” which “has not entirely been successful,” in words which appear to directly contradict those of Pope Benedict XVI.

Speaking to an Italian-speaking Swiss news channel, Roche commented on the recent severe restrictions imposed on the Latin Mass by Pope Francis in Traditionis Custodes. Issued July 16, the motu proprio made the striking statement that “[t]he liturgical books promulgated by Saint Paul VI and Saint John Paul II, in conformity with the decrees of Vatican Council II, are the unique expression of the lex orandi of the Roman Rite.”

Roche, the prefect of the Congregation for Divine Worship and the Discipline of the Sacraments (CDWDS), echoed the papal statement in a brief video clip.

“The normal form of the celebration of the Roman Rite is found in those documents that have been published since the Second Vatican Council,” he declared.

“Ecclesia Dei and Summorum Pontificum (SP) were established in order to encourage the Lefebvrists, above all, to return to full unity with the Church,” claimed Roche.

“It’s clear that Traditionis Custodes is saying ‘okay, this experiment has not entirely been successful,’ and so let us go back to what the [Second Vatican] Council required of the Church,” continued the archbishop.

Defending the sweeping cuts made to the Latin Mass by Pope Francis, Roche highlighted the liturgy which stemmed from the Second Vatican Council as the future for the Church. “And we’ve got to remember that this [the liturgical reform] wasn’t the will of the Pope. This was the will of the vast majority of the bishops of the Catholic Church, who were gathered together in the 21st ecumenical council, guiding the Pope with regard to the future.”

Roche doubling down on attack on traditional liturgy

The archbishop’s most recent comments come in light of a recently leaked letter he wrote to fellow Englishman, Cardinal Vincent Nichols of Westminster, in which Roche claimed that the Latin Mass was “a liturgy at variance with Conciliar reform (and which, in fact, was abrogated by Pope Saint Paul VI), and an ecclesiology that is not part of the Church’s magisterium.” The claim was quickly, and hotly contested by devotees of the traditional liturgy.

Archbishop Roche also claimed to be ignorant of the famous Heenan Indult of 1971, which safeguarded the continuation of the Latin Mass in England in the immediate aftermath Vatican II. Roche wrote that “there is no evidence of an indult or of any correspondence” in the Vatican’s archives, a point which was contested by Dr. Joseph Shaw, Chairman, Latin Mass Society of England and Wales.

Following both his letter to Cardinal Nichols, and his recent interview, Roche has been sternly criticized by liturgy scholars for appearing to be ignorant of crucial texts relating to the traditional liturgy. The prefect of the CDWDS also appears to be ignorant of key texts which were written by Pope Benedict, both as pope and as Cardinal Ratzinger.

“There is no contradiction between the two editions of the Roman Missal. In the history of the liturgy there is growth and progress, but no rupture. What earlier generations held as sacred, remains sacred and great for us too, and it cannot be all of a sudden entirely forbidden or even considered harmful,” wrote the pontiff.

Liturgist Father John Hunwicke also noted how, contrary to Roche’s view, such Papal teachings cannot be rejected so swiftly. “It is, in my judgement, Catholic Doctrine that the Apostolic Tradition is not subject to rogue functionaries,” Hunwicke stated.

Hong Kong’s Cardinal Joseph Zen also weighed in against Roche, writing: “From a friend of mine: ‘Pope Benedict made it explicitly clear that Summorum Pontificum had much broader aims than merely the reconciliation of the SSPX. Archbishop Roche knows this but says otherwise. Why?’”

New Liturgical Movement contributor Matthew Hazel posited then Cardinal Ratzinger’s words in 1986 against Roche’s depiction of the Latin Mass having been created for its time.

“The Council of Trent did not ‘make’ a liturgy…It is absolutely contrary to the laws of liturgical growth, and it has resulted in the nonsensical notion that Trent and Pius V had ‘produced’ a Missal four hundred years ago,” wrote Ratzinger.

“How is it possible for the current Prefect of the CDWDS to be so utterly, completely ignorant of the history of the liturgy and its reforms? How?,” queried Hazell.

“It is rapidly becoming difficult to avoid the conclusion that the CDWDS is currently being led by an ignoramus, entirely unsuited to the job…,” he added.

Meanwhile, The Spectator’s Damian Thompson, a frequent critic of Archbishop Roche, said that Roche “is shamelessly twisting the truth about the Latin Mass.”

Arthur Roche is the most unpleasant bishop in the Catholic Church. I watched the appalling way he operated in Leeds. Here he is shamelessly twisting the truth about the Latin Mass. https://t.co/6Sw5I4BhIb