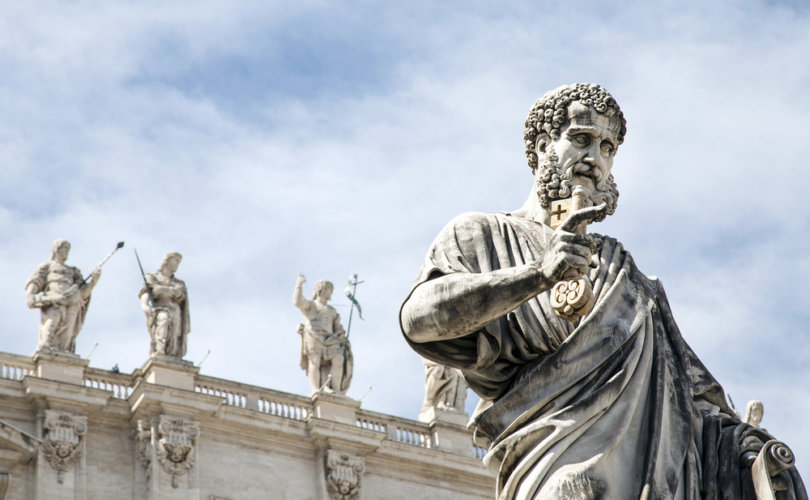 April 1, 2019 (LifeSiteNews.com) – The recent hijacking of a ship in the Mediterranean by migrants has alarmed European governments, but it is being defended by the Vatican newspaper L’Osservatore Romano, giving a new indication of the ideological radicalization of the Vatican under the leadership of Pope Francis.

According to the newspaper, the migrants became “hijackers out of necessity” when they overpowered the crew of a ship that had come to rescue them in their voyage across the Mediterranean towards Europe, because the ship would have taken them back to Tripoli if they had not.

With the headline, “Hijackers out of necessity,” L’Osservatore Romano writes, “Yesterday some of the 108 migrants rescued by the merchant ship El Hiblu 1 in Libyan waters hijacked the ship, so they wouldn’t be returned to Tripoli, and sailed to Malta. Today, once they entered Maltese territorial waters, they were taken into custody by the navy that, having docked the tanker at the Boiler Wharf dock, began landing operations. The five migrants believed to be responsible for the hijacking were arrested.”

The newspaper’s statements indicate the degree of commitment of Pope Francis to the free immigration of displaced African and Middle Eastern people into Europe – a high percentage of which are Muslim – which has resulted in a wave of criminality and social upheaval leading to the increasing popularity of nationalist parties that favor immigration restrictions.

Pope Francis recently told Italy’s Interior Minister Matteo Salvini that he would not meet with him until he relaxed his strong stance on restricting immigration, according to unnamed sources cited by two Italian newspapers last week. However, Francis has been willing to meet and associate with many individuals who oppose the natural law doctrines of the Catholic Church on life and family.

A violent takeover – motivated by fear?

The captain of the El Hiblu 1 oil tanker told the media that he feared for his life and the lives of the crew members after the African migrants, whom he had rescued from the Mediterranean, began smashing the ship with metal objects and threatening the crew when they realized they were being returned to Libya.

“They attacked the cockpit, heavily beating on the doors and the windows and they threatened to smash the boat,” Hiblu told The Associated Press on Friday, adding, “They went nuts and they were screaming and shouting ‘Go back! Go back! Go back!'”

Migrant rights groups argue that refugees are likely to be terrified of returning to Libya, where they face notoriously abusive conditions in government-run detention centers funded in part by the European Union.

L’Osservatore Romano’s take on the matter reflects the position of the pro-immigrant organization “Sea Watch,” which openly defended the hijacking.

“We have to look at these 108 people with humanity and understand that any action taken yesterday was a form of self-defense against the deadly consequences that would have been imposed by force by the inhuman European border policy,” said Sea Watch president Johannes Bayer.

“In Libya they are systematically subjected to arbitrary arrests, torture, sexual violence, kidnapping, extortion, slavery and even murder,” added Bayer. “It is absolutely legitimate for people saved while their lives were in danger at sea to refuse to be returned to Libya, the same place where they know that they could only continue to be victims of the most serious possible violations of their rights and the most degrading treatment.”