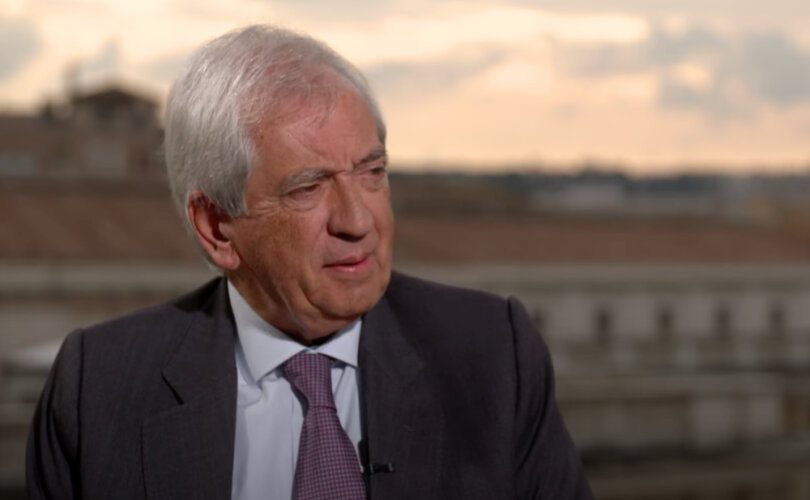 VATICAN CITY (LifeSiteNews) — The Vatican is reportedly attempting to derail the $10 million lawsuit which has been brought against the Secretariat of State by the Vatican’s former Auditor General and his deputy – a lawsuit which threatens to reveal evidence of the financial and moral corruption within the Holy See that the pair’s financial audit had uncovered.

Speaking to journalists November 17, Libero Milone – the former Vatican auditor general – stated that the Vatican has rejected the defense lawyer he chose, giving no reason for doing so.

Milone, a former chairman and CEO of Deloitte Italy, was appointed Auditor General of the Holy See in 2015, accompanied by his deputy, Ferruccio Panicco, an ex-chief auditor for the Italian manufacturer Indesit.

As previously reported, the pair filed a 53-page lawsuit on November 4 of this year against the Secretariat of State for the amount of $9.25 million, to “obtain proper reparations from suffered damages” consequent upon their unjust dismissal in 2017.

The suit argues that they were unjustly accused of spying and embezzlement in June of 2017 by Cardinal Angelo Becciu – at the time, second in charge of the Secretariate of State – accusations which, they argue, stemmed from their audit which uncovered widespread corruption within the hierarchy of the Holy See.

Their lawsuit states that a “picture will emerge of the leadership of the Holy See that is very little compatible with the mission entrusted to it by Providence.”

Milone and Panicco chose Romano Vaccarella as their legal representation in the proceedings. Vaccarella, an accomplished lawyer, served a five year term as a judge in Italy’s Constitutional Court, and who has also represented the country’s former Prime Minister Silvio Berlusconi.

However, after submitting their lawsuit to the Vatican Tribunal on November 4, Milone and Panicco were informed on November 16 that Vaccarella had not been authorized to represent them, with no reason given for this.

According to a source close to Milone, the move by the Holy See will significantly inhibit the lawsuit against the Secretariat of State. The National Catholic Register reports that Vaccarella had been working on their case for two years.

Speaking to the Register, Milone said the Vatican’s decision had “flabbergasted” him, and that they were appealing it.

Quoting from “a source close to Milone,” the Register reported the source as stating: “Refusing to authorize Vaccarella is a rudimentary violation of due process and shows how desperate they are.”

Vaccarella, added the source, “is the best that’s going and would have been formidable.”

LifeSite contacted Milone about the Vatican’s rejection of Vaccarella, who stated he had no further comment on the matter.

Milone has continuously insisted that Becciu’s accusations against him and Panicco are absolutely false.

He also argues that the the accusations were the result of his audit uncovering uncomfortable financial corruption like the infamous London apartment deal, which cost the Vatican hundreds of millions of euros, investments in pharmaceutical companies that produced abortifacients and contraceptives, contrary to the Church’s moral doctrine, embezzlement by high-ranking cardinals and officials, and money laundering conducted by the Secretariat of State and the Vatican Bank.

“I was threatened with arrest,” Milone said of his forced resignation. “The head of the Gendarmerie [the Vatican police] intimidated me to force me to sign a resignation letter that they had already prepared weeks in advance.”

At the time of their firing, the Vatican claimed that it had conducted a more than seven-month investigation into Milone and Panicco.

But in 2018 the charges were later dropped when the Vatican’s chief prosecutor stated that not only had there been no investigations, but there were no sentences filed against Milone in the Vatican’s legal record. Despite this, the Holy See refused to release a statement clearing Milone and Panicco’s names, notwithstanding numerous requests over a number of years.

During questioning as part of Becciu’s own trial, the former official at the Secretariat of State claimed that it was Pope Francis himself who intervened to fire Milone.

With files from Louis Knuffke

1
WATCH: Grandma of sex-trafficked teen gives gut-wrenching testimony on authorities ‘blinded’ by trans ideology
2
Catholic school board suspends Josh Alexander for rest of the year for opposing gender ideology
3
Former NFL linebacker dies suddenly at 25, no cause of death given
4
How the US gov’t built a shadow structure that enabled COVID vax ‘bioterrorism’
5
Students who attended March for Life kicked out of Smithsonian for wearing anti-abortion hats
Subscribe to Daily Headlines »