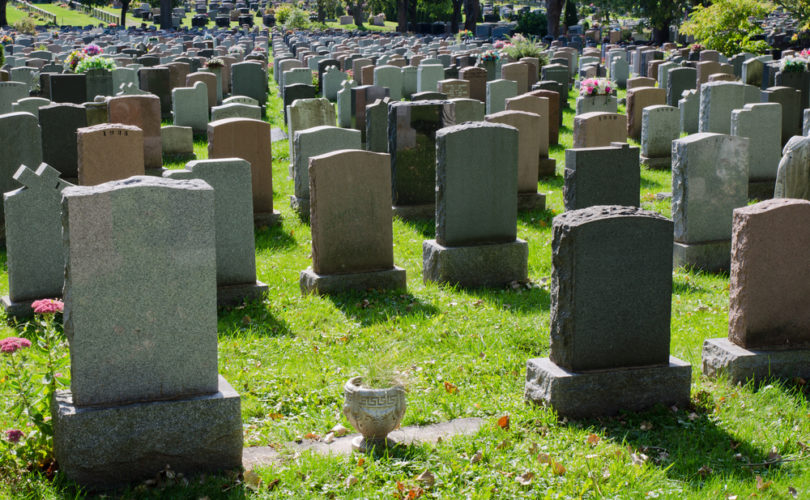 ROME, Italy, October 26, 2016 (LifeSiteNews) — A new instruction on burial rites was published by the Congregation for the Doctrine of the Faith on Tuesday.

Cremation is one fairly recent trend in the West. It was part of the ideological war against the Church, which believes that the body has an important value for personhood and who – since antiquity – has taken much care in giving a final honor to the faithful by proper burial.

LifeSiteNews spoke with Monsignor Markus Graulich, under-secretary of the Pontifical Council for Legislative Texts, about the new document.

LifeSiteNews: What is the greatest novelty of the document in your opinion?

Msgr. Graulich: Basically, the document does not introduce any kind of novelty. This is evident in the footnotes of the text which contain numerous references to texts of the Magisterium, the Code of Canon Law, and the Catechism. Its newness consists preeminently in the fact that the teachings of the Church regarding cremation and the burial of the deceased are put together in a single text and motivated in the context of hope for resurrection.

LifeSiteNews: What happened in the past that seemed to negate the value of the body after death? Why does the Church need to remind the faithful of the fact that a body needs to be buried in sacred ground?

Msgr. Graulich: The remains of the faithful should be laid to rest in a sacred place: in a cemetery or at least in a place that has been blessed for burial. It is against the dignity of the deceased to bury them anywhere else or to disperse their ashes. Lately, there have been several inappropriate forms of burial (for example, anonymously in the forest) or the conservation of ashes in pieces of jewelry or in other forms of ‘memento items.’ Christian burial assures not only a farewell that respects the dignity of the human person, image of God, but also the prayers of the community for the departed soul. If – which should normally be the case – the burial occurs in a cemetery, the deceased can be sure of the prayers of all those who pass by.

LifeSiteNews: Christians believe in resurrection and eternal life. Why do we even care about the bodily remains?

Msgr. Graulich: For the reasons mentioned above, this [care for corporeal remains] is not negligible. As the image of God, the human person has a dignity that must be considered in his death and after his death. This is very clear in the rite of burial. The priest, incensing the coffin in the grave says: “In you, the dead, whose bodies were temples of the Spirit, find everlasting peace. As we take leave of our brother, give our hearts peace in the firm hope that one day he will live in the mansion. You have prepared for him in heaven.” Therefore what we do with the bodies of the deceased is not unimportant.

LifeSiteNews: Does burial have a liturgical character?

Msgr. Graulich: Yes, burial is a liturgical function, a ritual. Through the rites of burial, the Church entrusts the departed to the love and mercy of God, calls to mind our faith in the resurrection, and prays not only for the deceased but also for the relatives, for all the faithful present, and for those who finished their course of life before. It is not only an expression of the high regard that we have for everyone who died and whom we loved during his life, but also an expression of hope in the resurrection and of the fact that the death of the faithful has a meaning for the community and cannot be relegated to the private sphere.

LifeSiteNews: What about cremation? When is it licit to use this type of burial?

Msgr. Graulich: The Church does not forbid cremation. Canon 1176 §3 of the Code of Canon Law states: “The Church earnestly recommends that the pious custom of burying the bodies of the deceased be observed; nevertheless, the Church does not prohibit cremation unless it was chosen for reasons contrary to Christian doctrine.” This means that if cremation is chosen for a just reason (i.e. hygiene; the costs of a burial; the necessity to transport the corporeal remains, etc.), this is not contrary to the hope of resurrection. But the ecclesiastical funeral must be denied to “those who chose the cremation of their bodies for reasons contrary to Christian faith” (CIC, 1184, § 1, and no. 8 of the Instruction).

LifeSiteNews: Are air and sea burials (scattering the ashes in the air or into the ocean) licit?

Msgr. Graulich: Scattering ashes in the air or in the sea can be an expression of a lack of faith. Someone could be of the opinion that by scattering the ashes in this way, the deceased is united with nature; that would be a pantheistic view of death. It can also be an expression of nihilism if the scattering is used to express a belief that death ends everything and therefore it does not matter what happens to the physical remains.