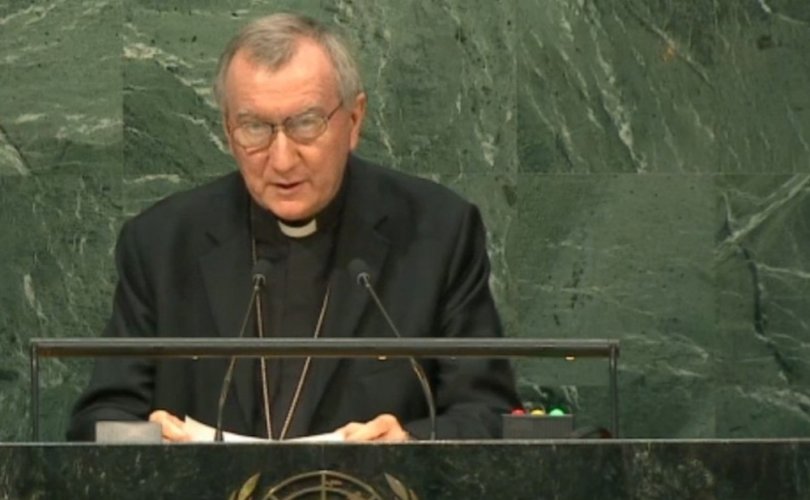 On Monday an Italian magistrate issued an arrest warrant for Gianluigi Torzi, the Italian financier who brokered an expensive London real estate deal for the Vatican’s Secretariat of State in 2018, allegedly defrauding the Vatican of millions of euros.

The prosecutor, Corrado Cappiello, suggested that the Secretariat of State has itself has violated Vatican regulations in its wheeling and dealing in high finance.

“From the investigations carried out by the IOR [Institute for the Works of Religion, i.e., the Vatican Bank] and the office of the Auditor [of the Holy See], it emerged that the acquisitions of properties for investment purposes cannot be carried out by the Secretariat of State, being reserved for the Administration of the Patrimony of the Apostolic See,” he wrote.

That means that Parolin, 66, the Cardinal Secretary of State for the Holy See since October 2013, has been implicated in a scandal that, hitherto, has mostly centred on Cardinal Becciu.

“The Italian court order raises a startling assertion from Vatican authorities: that the Secretariat of State acted outside its legal authority when it invested hundreds of millions of euros of Church funds, and when it put Peter’s Pence funds up as collateral for high-risk investments,” reported Catholic online newsmagazine The Pillar, the leading English-language source for news on the ongoing Vatican financial scandals.

“The charge could render the transactions void, and implicate Cardinals Pietro Parolin and Angelo Becciu with final legal responsibility for the scandal.”

Meanwhile, not only Cardinal Parolin but Pope Francis himself has been dragged into the controversy around the purchase of 60 Sloane Avenue, London, a renovated pre-war building that now houses shops, offices, and luxury apartments. In November 2020, a lawyer representing Cardinal Becciu’s former secretary, Monsignor Mauro Carlino, wrote a letter to an Italian newspaper, stating that the negotiations with Torzi had had the “backing” of the pontiff.

According to The Pillar, the Secretariat of State used charity money (including Peter’s Pence) as collateral for loans of 200 million euros (over $239 million US). The loans were used to invest in the building, “through businessman Raffaele Mincione’s Athena Global Opportunities Fund,” it reported.

Time and Life, a company controlled by Mincione had bought 60 Slone Avenue in December 2011 for £129 million. According to English court documents, in or about 2014, the Secretariat, acting through a lay official named Fabrizio Tirabassi and Monsignor Alberto Perlasca, transferred over $200 million to Mincione’s Athena Global Opportunities Fund. They used “lines of credit granted by Credit Suisse and Banca Svizzera Italiana secured on the Secretariat’s assets worth at least €454 million,” wrote High Court justice Judge Baumgartner.

However, the Secretariat of State did not receive the necessary permission from the Vatican’s Council for the Economy for either the loan or the investment in the building.

“According to previous news reports, the then-second-in-command at the Secretariat of State, Cardinal Angelo Becciu, tried to keep the loans and investments off of Vatican ledgers, and away from scrutiny from the Secretariat for the Economy, which was then led by Cardinal George Pell,” The Pillar reported.

The Secretariat for the Economy did, in fact, notice the transactions, but nothing was done about them. A decision was made within the Secretariat of State to buy all the shares in 60 Sloane Avenue, and Gianluigi Torzi was hired by the Secretariat of State to finalize the purchase. Later, however, the Vatican police accused Torzi of embezzlement, extortion, fraud, money-laundering, and being part of a “conspiracy” to profit illegally from the Holy See since 2014. They arrested him in Rome in June 2020, and his bank accounts were frozen.

But according to a judge in England’s High Court last month, all the business Torzi carried out for the Vatican had been approved by senior officials of the Secretariat of State.

“I find the suggestion that Monsignor Perlasca was kept in the dark about the way in which the transactions was to be structured difficult to accept, given the Secretariat was advised throughout by London solicitors and he was executing documents on the Secretariat’s behalf,” stated Judge Baumgarten.

Baumgarten was also critical of lacunae and misrepresentations in the Vatican’s case against Torzi. For example, while retroactively objecting to the £300 million price tag of 60 Sloane Avenue in 2018 and pointing out that it had sold for £129,000 in 2011, the Vatican’s representatives had neglected to mention that the property had been valued at £275 million in 2017.

“I do not consider the material non-disclosures and misrepresentations that I have found to be minor,” said the judge.

— Article continues below Petition —
PETITION: Call for Vatican to rescind restrictions on private and traditional rite Masses at St. Peter's
Show Petition Text
19382 have signed the petition.
Let's get to 20000!
Thank you for signing this petition!
Add your signature:
Show Petition Text

During this hearing, which concerned his frozen assets, Torzi alleged that Fabrizio Tirabassi had offered him the services of a prostitute during the negotiations to purchase the building. The financier also alleged that Tirabassi had threatened his life and boasted of having blackmailed high-ranking clergymen in Rome. Torzi said that he had reported these things to Pope Francis.

Tirabassi was suspended from his position in the Secretariat after its offices were raided by police in October 2019. In November 2020, Vatican police and Italy’s financial police searched his properties, reportedly finding 600 thousand euros (over $717 thousand US) in cash. The money was confiscated but returned after a Roman court decided that there were “irregularities” in the way the raid was carried out.

The saga of the London property is not the only financial scandal in which Cardinal Becciu is embroiled. Last September an Italian newsmagazine revealed that the investigation into the London real estate development had turned up evidence that he had funnelled Vatican assets to his own blood relations. The story appeared shortly after Becciu offered Pope Francis his resignation as Prefect of the Congregation for the Causes of Saints and gave up his rights and privileges as a cardinal. On that occasion Cardinal Pell offered public congratulations to the pontiff, saying that the “Holy Father has elected to clean up Vatican finances.”