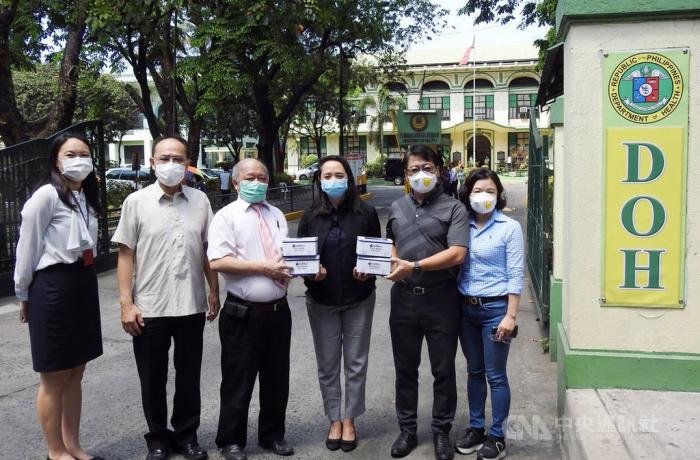 VATICAN CITY, April 17, 2020 (LifeSiteNews) – Although both Communist China and Taiwan have donated much-needed medical supplies to the Vatican as the coronavirus has overwhelmed the Italian peninsula, the Holy See publicly thanked China for its generosity but has remained silent about Taiwan’s.

“In recent days, donations of medical supplies have arrived from China to the Vatican Pharmacy,” said Matteo Bruni, director of the Vatican press office, who indicated that the gifts are “an expression of the solidarity of the Chinese people … to all those who are committed in assisting people struck by the COVID-19 and in the prevention of the coronavirus epidemic that is underway.”

“The Holy See appreciates this generous gesture and expresses its gratitude to the bishops, the Catholic faithful, the institutions and all other Chinese citizens for this humanitarian initiative, assuring them of the esteem and prayers of the Holy Father,” Bruni said in his April 9 statement.

On April 14, the Taiwan Embassy to the Holy See released a statement that they had donated 280,000 medical masks to the Vatican, the Italian bishops, Italian hospitals and various religious institutes in Italy, according to a report by Crux Rome correspondent Elise Ann Allen.

“It is a sign of closeness to Pope Francis and to the Italian people, but also a help to the Italian church, which is very committed in accompanying the sick and the most needy who suffer from the coronavirus,” Taiwan Ambassador Matthew Lee said.

“This donation to the Vatican,” the Ambassador said, “is a concrete sign of sharing the efficiency of the manufacture of Taiwanese masks and the experience gained in the field in recent years in the fight against viruses.”

However, the Vatican has so far refrained from making any public statements of gratitude for Taiwan’s donations, as it did for China, despite being Taiwan’s sole diplomatic ally in Europe, sending a strong signal of where the Vatican’s interests lie.

The Vatican recognizes Taiwan as the “Republic of China” — as do the other 14 countries that keep diplomatic ties with the island — under the “One China” policy that officially sees Beijing and Taipei as both claiming to be the legitimate government of China.

Mainland China insists Taiwan is a Chinese province and has a policy of diplomatically isolating the Taiwanese.

The apparent snub to Taiwan while praising Mainland China’s generosity is a continuation of the Vatican’s policy of appeasing the Chinese Commmunist Party (CCP) under Pope Francis.

Under communist rule, the Catholic Church was forced to go “underground” in order to continue to function.

In 2018, the Vatican forged an “historic” deal with the CCP, but that deal has come at a high price to the clergy and laity of the faithful “underground” Catholic Church, which is being replaced with a “sinicized” version of the Church, professing allegiance not to the Roman Catholicism and the Gospel of Jesus Christ but to the Chinese Communist Party.

“Given the Vatican’s ongoing courtship with mainland China in recent years, Taiwan likely won’t rock the boat by asking for public recognition, but the Vatican’s silence toward them, considering their own coronavirus offerings, is nothing short of deafening,”  Crux’s Allen said.

“If there is one thing (the) Vatican and the pope have shown during the coronavirus outbreak, it’s that both the spiritual silence of being lost for words in contemplating the mystery of Christ’s death and resurrection, and the political silence in key and strategic moments, can both speak louder than words,” she concluded.