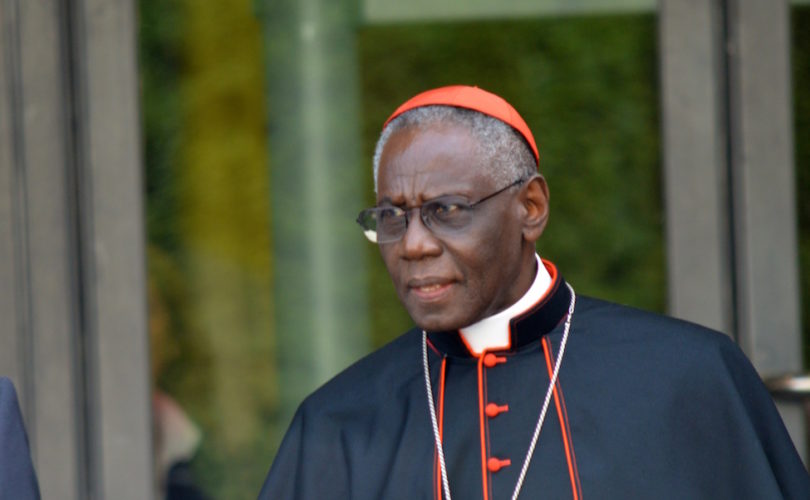 The Vatican announced that 27 new members will join the Congregation for Divine Worship (CDW) and the Discipline of the Sacraments, led by Cardinal Robert Sarah. These appointments will most likely have a direct influence on decisions concerning all aspects of the liturgy of the Church.

The CDW under Cardinal Sarah, one of the most fearless prelates in the Church, has published advisories of major importance in the recent past to safeguard the Roman liturgy and combat liturgical abuses. Many Catholic observers fear this “conservative” line will now come to an end. The new members living in Rome will take part in plenary meetings and those abroad take the role of advisers.

The new appointees include Cardinal Rainer M. Woelki of Cologne, Germany, who used a refugee boat as an altar for this year’s Corpus Christi celebration.

He will be joined by Piero Marini, president of the Pontifical Committee for Eucharistic Congresses and long-standing former Master of Ceremonies whom Benedict XVI replaced — some say “deposed” — in the latter function. Marini was the student of Curial Archbishop, Annibale Bugnini, creator of the radical liturgical reform of 1969, and has critiqued Pope Emeritus Benedict XVI in the past as the cause of “stuffy air” in the Vatican. Yet his influence in the CDW is still to be determined after he suffered a major stroke at the beginning of this week.

Another questionable member is Cardinal John Dew, who was one of the most radical figures in the past Synod for the Family with his statement that the Church needs to “change [her] language” in dealing with homosexuals and for his opposition to describing homosexual acts as “intrinsically disordered.”

In addition, Archbishop Domenico Sorrentino, former Secretary of the CDW from 2003 to 2005, is on the list. He was removed by Pope Benedict XVI and moved to Assisi in 2005, a move interpreted at the time as removing a force against the “reform of the reform” that Benedict envisaged.

At the same time, Cardinals Raymond Burke and George Pell have lost their membership in the CDW. According to an article in Catholic Culture, the more conservative Cardinals who have been removed are Cardinals Angelo Bagnasco, Marc Ouellet, Angelo Scola, Malcolm Ranjith, and Mauro Piacenza.

Rorate Coeli reports that of the new members, Cardinal Lacroix, Archbishops Hart and Aubertin, and Bishops Morerod, Serratelli, and Hopes have participated in or celebrated the Traditional Latin Mass as bishops and are known to be friendly to traditional Catholics.

Marco Tossatti, the Italian vaticanista, calls the Pope’s decision to overhaul the CDW a “purge” that renders Cardinal Sarah “very alone” and isolated.