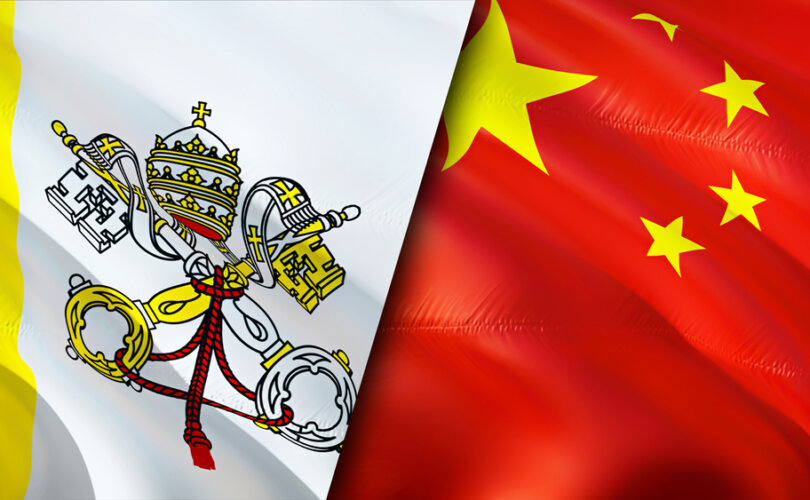 VATICAN CITY (LifeSiteNews) — A news report from the official media portal of the Holy See on Friday suggested that the Chinese Communist Party (CCP) may not be guilty of persecuting Christians and members of other religious groups.

While expressing dissatisfaction with the latest move of the CCP in assigning a bishop to a diocese that is not recognized as such by Rome, Vatican News suggested in its report on Cardinal Joseph Zen’s recent trial that the CCP does not persecute Christians.

The report offered a few of the basic details of the punishment imposed on Zen, emeritus bishop of Hong Kong, for helping organize a group assisting pro-democracy protesters in Hong Kong. The West Kowloon Magistrates’ Court in Hong Kong handed down a fine of HK $4,000 (U.S. $512) on the cardinal for having failed to properly register the now-defunct 612 Humanitarian Relief Fund. In the conclusion of its report, the Vatican stated, “The Cardinal, who is usually active on social media, remained silent through the trial, only asking his followers to pray for him. In the past, Cardinal Zen has also criticized the Chinese Communist Party for allegedly persecuting religious communities.”

Catholic commentator and journalist Matt Gaspers reacted with disbelief to the Vatican’s apparent dismissal of the CCP’s persecution of Christians in stating that Zen has criticized the government “for allegedly persecuting religious communities.”

.@VaticanNews: “In the past, @CardJosephZen has also criticized the Chinese Communist Party for *allegedly* persecuting religious communities.”

Just last month, Filipino Cardinal Luis Tagle also whitewashed the persecution of Christians in China and the Vatican’s continued refusal to acknowledge the plight of Catholics in the region, claiming that the deal on episcopal appointments was necessary to ensure apostolic succession and that Chinese Catholics were grateful to Rome for granting the communists the power to name its pastors.

“With the [Sino-Vatican] Agreement attempts are made to ensure that Chinese Catholic bishops can exercise their episcopal task in full communion with the Pope,” claimed Tagle, adding that the “reason for everything is to safeguard the valid apostolic succession and the sacramental nature of the Catholic Church in China. And this can reassure, comfort, and enliven baptized Catholics in China.”

As LifeSiteNews has previously reported, the CCP’s persecution of Christians has been constant since the communist takeover of the country nearly a century ago. Priests, bishops, lay faithful, Catholic organizations, and schools have all suffered under the totalitarian regime that has increasingly sought to bring all things within China under the control of the Communist Party.

It has been noted in particular that since the Vatican signed its agreement with Beijing granting the atheistic government – which is run by the CCP – to choose bishops for the Catholic Church, persecution has only increased for both clerics and laity. This is in large part because the government uses the deal to pressure Catholics of the underground Church, which is in union with Rome, to join the Chinese Patriotic Catholic Association, the state-run Church that mimics and operates parallel to the underground Catholic Church, which continues to refuse to recognize the authority of the Communist Party in its attempts to control the Catholic Church from within.

The deal has also resulted in great confusion for Chinese Catholics, as is manifest in the CCP’s recent “appointment” of a bishop who used to serve in the underground Church to a diocese of the state-run church, the territory of which is not recognized by Rome as constituting a Catholic diocese.

So manifest has the CCP’s persecution of Christians been in recent years that the U.S. Congress and international bodies such as the European Parliament have called attention to it, even rebuking the Vatican for ignoring the plight of Chinese Catholics and for its lack of support for prominent figures like Cardinal Zen.

While the Vatican has sidelined the outspoken prelate many times and renewed its deal with Beijing on the appointment of bishops just this past fall, it has yet to acknowledge the true state of the persecuted Chinese Catholic underground Church, and the incompatibility of being a member of the atheistic Chinese Communist Party with being a true Christian.

Help an underground Catholic ministry in China
The CCP is trying to stop all catechetical teaching of children, but Psalm 42 Ministries is continuing its heroic work by reaching young Chinese Catholics with online courses and platforms where they can learn the true Faith. Please consider supporting them today.

Pope refuses to defend Cdl. Zen ahead of trial in Communist China, calls for ‘dialogue’

Pope Francis is more interested in not offending Communist China than in defending Cdl. Zen