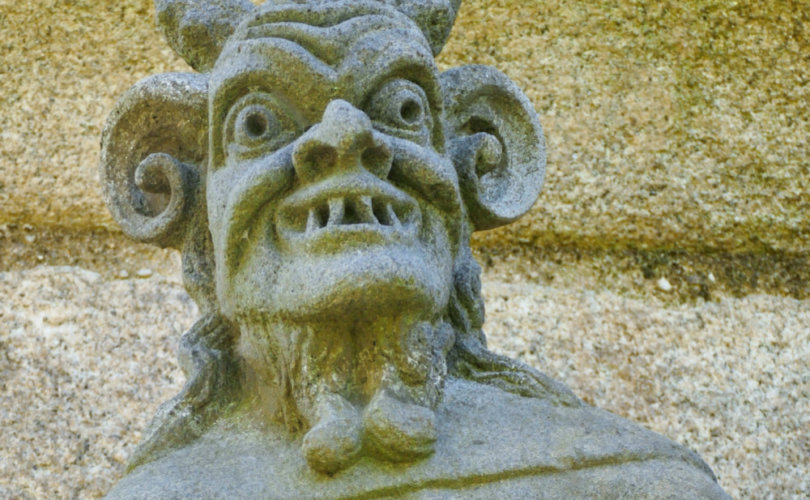 (LifeSiteNews) – The Vatican Synod on Synodality quoted in its “Towards a Spirituality for Synodality” document a declaration that a “merciful heart” is “on fire for the whole of creation,” including “demons.”

The document, which was prepared by members of the synod’s “Spirituality Commission subgroup,” states, “Discernment, then, is also an opening of the heart in love and mercy to all things. As St. Isaac of Nineveh (St. Isaac the Syrian) expresses it:

‘What is a merciful heart? It is a heart on fire for the whole of creation, for humanity, for the birds, for the animals, for demons, and for all that exists. By the recollection of them, the eyes of a merciful person pour forth tears in abundance.’”

“The real danger here is in Francis, or in Francis’ writers for the synodal document taking what St. Isaac the Syrian said out of context,” commented Anthony Stine of the Return to Tradition podcast. “What he did is he presented this in such a way that it makes it look like the church says we are to love that which is most evil in all creation.”

He pointed out that St. Thomas Aquinas has specifically and decisively answered the question of whether we should “love demons” in his Summa Theologica:

“In the sinner, we are bound, out of charity, to love his nature, but to hate his sin. But the name of demon is given to designate a nature deformed by sin, wherefore demons should not be loved out of charity,” Aquinas wrote.

Aquinas further wrote that “it is impossible for us, out of charity, to desire the good of everlasting life, to which charity is referred, for those spirits whom God has condemned eternally, since this would be in opposition to our charity toward God whereby we approve of His justice.”

Father John Zuhlsdorf, known by his blog nickname “Fr. Z,” shed some light on why St. Isaac the Syrian would make a statement like this by pointing out that he believed in apokatastasis, that is, the eventual salvation of all creatures, including the damned and the demons. The doctrine was condemned as heterodox by the Catholic Church in one of the anathemas of the Council of Constantinople in 543:

Father Aidan Kimel speculates that St. Isaac the Syrian believed in apokatastasis because the 7th century Syrian canon of the Bible, the Peshitta, did not contain the Book of Revelation, which makes clear that damnation lasts for eternity: “And the devil who had deceived them was thrown into the lake of fire and sulphur, where the beast and the false prophet were, and they will be tormented day and night for ever and ever” (Rev 20:10).

Without going so far as to claim that Pope Francis, by allowing the publishing of this synodal document, “believes we are to love demons,” Stine noted he is “the one who … tried to conflate a demon with Our Lady,” by presenting the Pachamama idol in the Vatican — that is, a figure of a pregnant woman who represents a pagan fertility goddess — toward which Vatican visitors from the Amazon region prostrated themselves in 2019. Scripture makes clear the pagan gods are demons (Deut 32:16-17; Psalm 95:5; Psalm 106:34-38; 1 Cor 10:20-22).

“Did he do it knowingly? That remains to be seen. I’ll leave that judgment call up to you,” Stine continued in his commentary.

Stine views the synodal document quote as part of the Vatican’s trend of “more modernism, more overt rejection of the deposit of faith, more ‘Dare we hope all men are saved’ — and I guess in this case, demons.”

Fr. Z concluded in his commentary, “Put enough of these comments into enough documents or speeches, and the cumulative effect over time will manifest itself. It’s going to look a lot like a demon, too.”