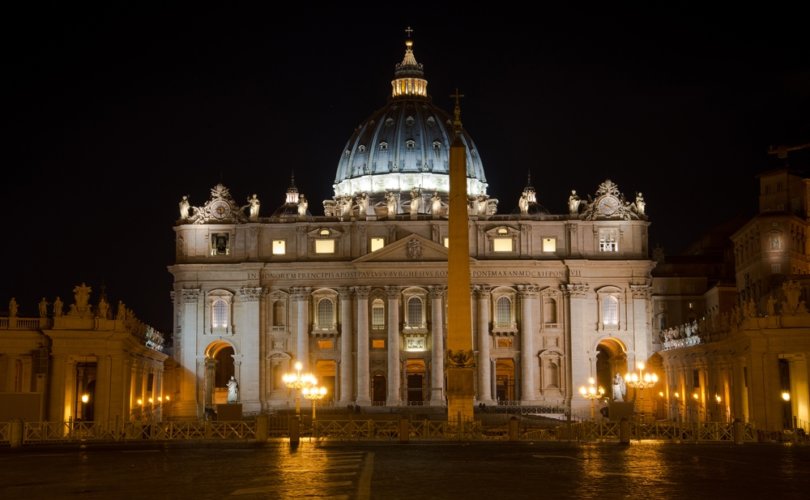 VATICAN CITY, Italy, December 14, 2020 (LifeSiteNews) – Vatican employees and residents are to receive the new Pfizer vaccine, which has been tested on cell lines from an aborted baby, in measures taken to supposedly prevent the spread of COVID-19.

The head of the Vatican health service, Dr. Andrea Arcangeli, announced the news on December 11 when speaking to Vatican News. “Only through a widespread and capillary immunization of the population will it be possible to obtain real advantages in terms of public health to achieve control of the pandemic,” Arcangeli stated, saying that it was “very important” that a “vaccination campaign” was started as soon as possible.

Vatican News reports that the Vatican City State and the Holy See have invited people to receive a COVID-19 vaccine, “to make everyone aware that the vaccine is not only to safeguard their own health, but also that of other people.” Arcangeli even declared it “our duty to offer all residents, employees and their families the opportunity to be immunized against this dreaded disease.”

The recently approved Pfizer vaccine has been chosen to be distributed in the Vatican, a decision which Arcangeli explained by saying that the Pfizer jab was “the first to be introduced in clinical use,” and that it “has been shown to be 95% effective.” The director of the Vatican health service did not limit the Vatican to using the Pfizer vaccine only, but added that others would be used once they are approved.

Commenting on the safety of vaccines which have been developed at unprecedented speed, Arcangeli claimed that “very rigorous safety tests have been carried out,” and that “assurances” have been given by “world health authorities.” Despite this though, he revealed that “vaccination under 18 is not recommended” in the Vatican, as well as advising those with significant allergies to avoid taking the vaccine.

No mention was made of the moral questions concerning the use of the Pfizer vaccine.

Whilst Pfizer did not make use of cell lines from aborted babies in the development of the vaccine, “[o]ne of the confirmatory lab tests on the vaccine did sadly involve an old foetal cell-line.” The Children of God for Life organization notes that the Pfizer vaccine is tested using the HEK 293 cell line, which is derived from kidney tissue taken from a baby who was aborted in the Netherlands in the 1970s.

In a statement issued on Friday, Cardinal Janis Pujats, Archbishops Tomash Peta and Jan Pawel Lenga, along with Bishops Joseph Strickland and Athanasius Schneider, wrote that any vaccine associated with abortion, “cannot be acceptable for Catholics.” The prelates pointed to the contradiction between Catholic doctrine, which teaches that abortion is “a grave moral evil that cries out to heaven for vengeance,” and the commonly found view that abortion connected vaccines are permitted in “exceptional cases of ‘urgent need’.”

“The ends cannot justify the means,” the signatories stated, and “[a]ny link to the abortion process, even the most remote and implicit, will cast a shadow over the Church’s duty to bear unwavering witness to the truth that abortion must be utterly rejected.”

“Technology based on murder is rooted in hopelessness and ends in despair. We must resist the myth that ‘there is no alternative.’ On the contrary, we must proceed with the hope and conviction that alternatives exist, and that human ingenuity, with the help of God, can discover them. This is the only way to pass from darkness to light, and from death to life.”

Cardinal Raymond Burke, former Prefect of the Supreme Tribunal of the Apostolic Signatura, has previously spoken out against vaccines using aborted babies: “it must be clear that it is never morally justified to develop a vaccine through the use of the cell lines of aborted fetuses. The thought of the introduction of such a vaccine into one’s body is rightly abhorrent.”

Aside from the moral questions related to Pfizer’s vaccine, significant health questions also remain. It has raised considerable health concerns, and a U.K. government warning for the vaccine stated that it should not be used by pregnant or breast-feeding mothers and children, adding that it was unaware of what effect the vaccine would have on fertility. Women should avoid becoming pregnant for two months after the vaccine, according to the document.

Dr. Michael Yeadon, former Vice President of Pfizer, has explained that there is in fact no need for vaccines to combat COVID-19. “There is absolutely no need for vaccines to extinguish the pandemic,” he said. “I’ve never heard such nonsense talked about vaccines. You do not vaccinate people who aren’t at risk from a disease. You also don’t set about planning to vaccinate millions of fit and healthy people with a vaccine that hasn’t been extensively tested on human subjects.”