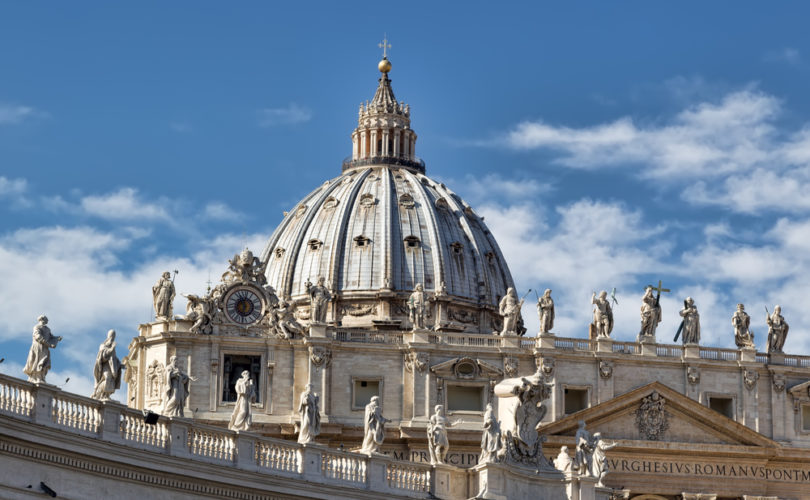 BELGIUM, May 9, 2017 (LifeSiteNews) — The Vatican has launched an investigation into Catholic psychiatric care centers in Belgium run by a Catholic order after it quietly approved euthanasia for patients earlier this year.

The Vatican's Secretary of State Cardinal Pietro Parolin is running the investigation of the Brothers of Charity after the board of the Brothers’ institutions made a decision to allow a doctor to kill their patients who “suffer.”

The head of the Brothers of Charity, Brother Rene Stockman, had strongly opposed the decision to begin euthanizing patients. It was he who brought the matter to the attention of the Vatican as well as Belgium's Catholic bishops.

Stockman said that he hopes for a “clear answer” from his country’s bishops as well as from the Vatican.

“I wait for the clear answer of the church and that answer will be presented to our organization, in the hope that it will adapt its vision,” he told Catholic News Service May 4.

“I hope we will not have to withdraw our responsibility in the field of mental health care in the place where we started as a congregation with such care more than 200 years ago,” he added.

The Brothers of Charity was founded in the early 1800s in Belgium by Servant of God Fr. Peter Joseph Triest. The order dedicated itself to working with the elderly and the mentally ill. It remains one of the most important providers of mental health care services in Belgium, serving 5,000 patients a year. The order is active in other parts of the world as well.

Raf De Rycke, chairman of the hospitals' board where the order works, told De Morgen last month that allowing euthanasia isn't a radical change for the institutions.

“It is not that we used to be against euthanasia and now suddenly are for it,” he said. “This is consistent with our existing criteria. We are making both possible routes for our patients: both a pro-life perspective and euthanasia.”

Previously, the hospitals would transfer patients requesting euthanasia to a non-Catholic hospital.

“We start from the same basic values: the inviolability of life is an important foundation, but for us, it is not absolute. This is where we are on a different wavelength from Rome,” said De Rycke.

The Catholic Church teaches that euthanasia, “whatever its forms or motives, is murder.”

“It is gravely contrary to the dignity of the human person and to the respect due to the living God, his Creator,” states the Catechism of the Catholic Church.

When Stockman, who is based in Rome, learned of his community's decision to offer euthanasia for their patients, he informed them that ending a patient’s life goes against the order’s charism of healing.

“[W]e informed the whole congregation that, as superior general, we cannot accept this decision because it is going totally against our charism of the charity,” he said.

In his interview with Catholic News Service Stockman called respect for life “absolute,” and said it cannot be traded “for the autonomy of the patient.”

Since legalizing euthanasia in 2003, Belgium has continually expanded the categories of who is eligible for death. The country approved euthanasia for children in 2014.

Stockman sees the controversy currently surrounding the order he heads as part of the Belgium government’s push to force institutions to accept the practice of administering death.

“The whole mentality in Belgium is changing very fast and there is pressure from the government against any refusal of euthanasia. But until now, the institutes have had the right to refuse,” he said.

“I see it as a real crisis and I call it a door that is opened and cannot be closed anymore. More groups will be touched by it: It started with somatic suffering, now psychiatric suffering, afterward people with a severe handicap, elderly people and so on,” he added.