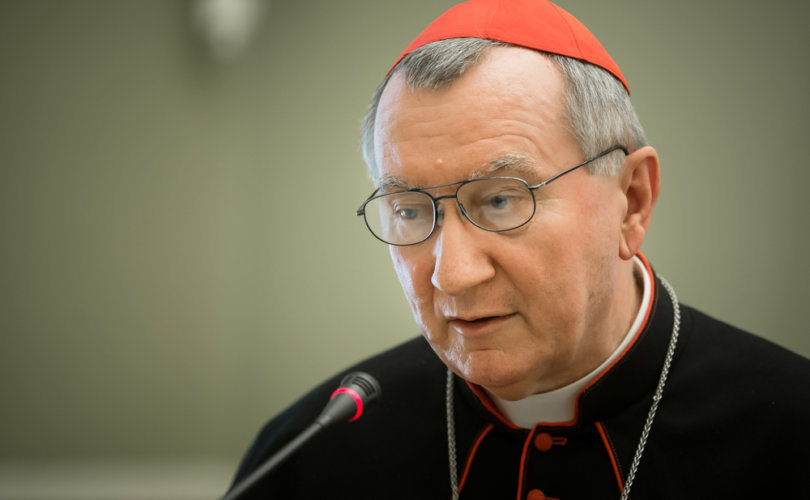 VATICAN CITY, October 21, 2020 (LifeSiteNews) – The Vatican Secretary of State, Cardinal Pietro Parolin, has confirmed today that the controversial secret deal between the Vatican and the Chinese Communist Party (CCP) allegedly regarding the appointment of Catholic bishops, will be renewed.

Reuters reports that Cardinal Parolin gave the news to reporters who asked him about the renewal of the deal: “Yes, I can anticipate to you that all will go well … I’ll leave you with a positive signal.”

Whilst the official announcement is not due until tomorrow, Parolin stated that the actual decision had been reached “in the last few days.”

“As far as the accord is concerned, we are content. There are still many other problems but we never expected the accord to resolve all the problems.”

The deal allegedly recognizes the state-approved church and allows the Chinese Communist Party to appoint the bishops. The Pope apparently maintains a veto power although in practice it is the CCP  who have control. It also allegedly allows for the removal of legitimate bishops to be replaced by CCP approved bishops. The actual precise terms of the deal, however, remain a closely guarded secret.

Cardinal Zen, the emeritus bishop of Hong Kong, said that through the deal “the Vatican is selling out the Catholic Church in China.”

Cardinal Parolin recently stated that the deal had been initially approved in a draft form by Pope Benedict XVI. However, Cardinal Zen swiftly responded and called the comments “a series of lies.”

Catholic lawyers and professors released an open letter to the Pope at the time of the original deal, warning him that it would cause the faithful “confusion and pain, and schism would be created in the Church in China.”

They urged the Pope to “Please rethink the current agreement, and stop making an irreversible and regrettable mistake.”

U.S Secretary of State, Mike Pompeo, warned recently that “The Vatican endangers its moral authority, should it renew the deal.” He linked to an article he penned on the subject, in which he stated that “it’s clear that the Sino-Vatican agreement has not shielded Catholics from the Party’s depredations.”