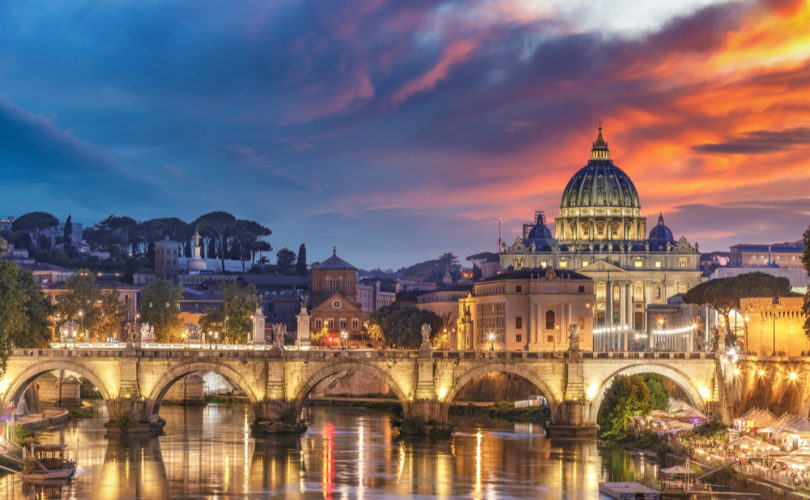 VATICAN CITY, May 21, 2021 (LifeSiteNews) — The Synod of Bishops on synodality will begin later this year, and the world’s lay Catholics are invited to take part.

Yesterday, Cardinal Mario Grech, the Secretary General of the Synod of Bishops, wrote a letter to the bishops of the world alerting them to the unprecedented multi-stage international Synod. The bishops’ gathering will begin in Rome in October of this year, followed by six months of meetings at the diocesan level, next at the national level, and then at the continental level. These gatherings will canvass the opinions of religious communities, lay associations, and Catholic universities. The bishops will then meet again in Rome in October 2023, for the Ordinary General Assembly of the Synod of Bishops.

In an interview with Andrea Tornielli for Vatican News, the Vatican’s official news website, Grech explained the theme of the Synod, which Pope Francis has entitled “For a synodal Church: communion, participation in mission.” In short, the Synod will be about synodality.

“[S]ynodality is the form of communion of the Church — People of God,” Grech explained. “In this journey together of the People of God with her pastors, in the synodal process everyone participates, each according to his or her own function — People of God, College of Bishops, Bishop of Rome – as a reciprocity of subjects and functions which moves the Church forward on its path under the guidance of the Spirit.”

Grech claimed that before Francis’s pontificate, there was an emphasis on “strengthening the authority of pastors” to ensure unity in the Church. He admitted that this was necessary after “various forms of dissent” appeared after the Second Vatican Council.

“However, that cannot be the ordinary way of living ecclesial communion, which requires circularity, reciprocity, journeying together with respect to the various functions of the People of God,” he said. “Therefore, communion becomes the participation of all in the life of the Church, each according to his or her specific condition and function. The synodal process demonstrates this very well.”

In this interview, Grech noted that Pope Francis had changed the now 56-year-old institution of the Synod to include “a wider participation” of Catholics who are not bishops.

“The history of the Synod illustrates how much good these Assemblies have brought to the Church, but also how the time was ripe for a wider participation of the People of God in a decision-making process that affects the whole Church and everyone in the Church,” Grech said.

“The first sign was small but significant, the questionnaire sent to all in preparation for the first Synod on the Family in 2014. Instead of sending the bishops the lineamenta prepared by experts, which seeks responses that assist the General Secretariat for the Synod of Bishops in drafting the Instrumentum laboris for discussion at the Assembly, the Pope called for a wider listening of all ecclesial realities.”

This meant canvassing contemporary Catholic laypeople for their opinions, instead of depending on theologians, biblical scholars, and other experts. Grech indicated that Pope Francis thinks of “synodality” as a form of listening to different voices “in which each of us learns from one another, the People of God, the College of Bishops, and the Bishop of Rome.” The pontiff believes that “the Synod of Bishops is the point of convergence of this listening process conducted at every level of the Church’s life.”

Grech believes that the Pope’s “first and greatest innovation” in the development of Paul VI’s understanding of the Synod was its transformation “from an event into a process” — with a preparatory phase, a celebratory phase, and an implementation phase.

“The purpose of the first phase is the consultation of the People of God at the level of the local churches,” Grech said.

In an address he gave on the 50th anniversary of the institution of the Synod, Pope Francis discussed the importance of listening to the sensus fidei — every Catholic’s supernatural understanding of his faith — of Catholics in general. Grech said that Pope Francis thinks this makes them infallible in their belief.

“This traditional aspect of doctrine throughout the history of the Church professes that “the entire body of the faithful … cannot err in matters of belief” by virtue of the light that comes from the Holy Spirit given in baptism,” Grech said. “The Second Vatican Council teaches that the People of God participate in the prophetic office of Christ. Therefore, we must listen to the People of God, and this means going out to the local churches.”

Grech asserted that there would be no synodal process without this initial conversation with the people in the pews, for “the discernment of pastors” in the second phase “emerges from listening to the People of God.” The Instrumentum laboris — or working document to guide the Synod, comes from these first two stages.

During the interview, Grech stressed the idea, taught by the Second Vatican Council, that “the entire body of the faithful … cannot err in matters of belief.”

The Pastoral Constitution on the Church, known also as Lumen gentium, teaches:

The holy people of God shares also in Christ’s prophetic office; it spreads abroad a living witness to Him, especially by means of a life of faith and charity and by offering to God a sacrifice of praise, the tribute of lips which give praise to His name. The entire body of the faithful, anointed as they are by the Holy One, cannot err in matters of belief. They manifest this special property by means of the whole peoples' supernatural discernment in matters of faith when “from the Bishops down to the last of the lay faithful” they show universal agreement in matters of faith and morals. That discernment in matters of faith is aroused and sustained by the Spirit of truth. It is exercised under the guidance of the sacred teaching authority, in faithful and respectful obedience to which the people of God accepts that which is not just the word of men but truly the word of God. Through it, the people of God adheres unwaveringly to the faith given once and for all to the saints, penetrates it more deeply with right thinking, and applies it more fully in its life.

Signed by Paul VI in 1965, Lumen gentium reflects the state of Catholicism in the pre-conciliar era, when all Catholics were expected to know and to assent to the dogmas of faith and the doctrines of the Church from an early age.

Nevertheless, even today the “sensus fidei” or the “sensus fidelium” does not suggest that a widespread sin among Catholics, like the use of artificial contraception, is inspired by the Holy Spirit. Indeed, Grech never explained if he includes baptized Catholics who reject one or more tenets of the faith, for instance on homosexuality or the all-male priesthood, among the “faithful.”

Catholic theologian Dr. Peter Kwasniewski commented, “The Church says (reasonably) that the ‘sensus fidelium’ is precisely that, the sense that observant and faithful Catholics have of what is true and good. Not non-observant and unfaithful!”

As its own Synodal Path leads the church in Germany away from the perennial doctrine on marriage and the family, among other things, Kwasniewski told LifeSiteNews that this is the wrong time to talk about “synodality.”

“Given what’s happening with Germany’s Synodal Path, you’d think that the Vatican could have figured out that the Synodal Path is not the avenue to be strolling down at this tense moment in Church history,” he said. “On the contrary, what we need to see is the Pope teaching the Catholic Faith, with clarity and conviction, and bishops taking responsibility for the transmission of the authentic Faith in their own dioceses.”

Kwasniewski suggested that if the bishops stopped having meetings and writing documents, and instead began “shepherding with love for truth and tradition,” the Church would be dramatically transformed.

“As it is, we see a continual submersion in bureaucracy, a surrender to the modern mentality of administration as the cure for all evils, which keeps the Church busy gazing at its navel while real evangelization withers and the pews empty out,” he said.

“Watching these prelates talk about ‘the synod on synodality’ is as bad as watching French absurdist theatre. Why not have a preparatory synod on the synod on synodality, just to make sure it's sufficiently synodal? And then, for the more perfect emulation of Vatican II, they can throw out the pre-synodal draft documents, and start over again with new committees.”