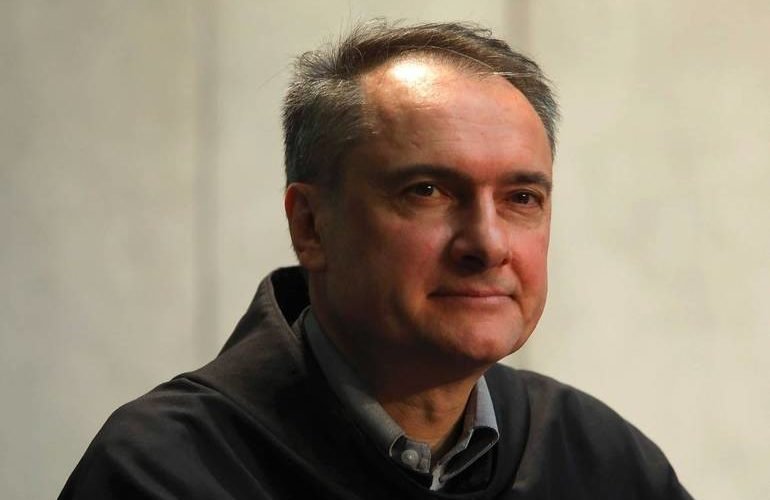 ROME, June 22, 2021 (LifeSiteNews) – The Archpriest of St. Peter’s Basilica issued a Note today regarding the recent restrictions on the celebration of Mass there, heavily promoting concelebration as the desired norm for the Church while also hinting at a slight easing of the severe ban on the traditional and private Masses.

Cardinal Mauro Gambetti, O.F.M., who was appointed to the post by Pope Francis on February 20, wrote in relation to the March 12 Note from the Vatican Secretariat of State detailing new restrictions of “individual” or private Masses, as well as further restrictions for the Traditional Latin Mass.

Cardinal Gambetti wrote that his own Note should be “useful in understanding the guidelines” issued in the March letter “and in choosing how and when to celebrate the Eucharist in the first part of the morning.”

Under the March 12 restrictions, which came into effect March 22, priests were required to participate in “concelebrated” Masses between 7 a.m. and 9 a.m. at just two altars. Individual Masses would be considered exceptions to the rule and were “suppressed.”

Groups who were traveling with a bishop or priest were “assured” of a Mass offered by their accompanying cleric, but only in the Crypt instead of the main Basilica.

Furthermore, priests wishing to celebrate the Extraordinary Form would be given four time slots, between 7 a.m. and 9 a.m., and only at the Clementine Chapel of the Crypt. That letter bore the stamp of the Secretariat but was not signed.

Reporting on the directive at the time, Vatican journalist Diane Montagna wrote, “Effectively, what today’s letter appears to suggest is that (1) at least for the foreseeable future, in the main body of St. Peter’s Basilica, priests and faithful will only experience the Holy Mass concelebrated in the Novus Ordo; and (2) the Extraordinary Form will go underground.”

Now, Gambetti has sought to offer clarification about the brief letter circulated in March and caused an outcry among lay Catholics and members of the College of Cardinals. He wrote that the directives were “inspired” by two principles: “to order the celebrations from the point of view of their temporal scansion and quality; to accommodate and integrate particular and legitimate wishes of the faithful, as far as possible.”

He noted that some exceptions would be made in regard to the place of the liturgical celebration, with priests allowed to offer Mass at different altars than the ones prescribed on the occasion of a saint’s feast or memory if his remains are kept in the Basilica.

Gambetti also wrote that the restrictions outlined in March were in relation to the specific time slot between 7-9 a.m.

The purpose of the ban on private Masses, Gambetti revealed, was to ensure that concelebration became more widely used and to “recall the meaning and value of Eucharistic concelebration.” He selectively quoted from the Second Vatican Council document Sacrosanctum Concilium (SC), noting the lines promoting concelebration but leaving out prescriptions for the times when concelebration would be allowed, as well as the stipulation that a priest would “always retain his right to celebrate Mass individually,” though not while a concelebrated Mass was occurring in the same church.

Appealing once more to Sacrosanctum Concilium, Gambetti further stated that a “communal celebration” of sacrifice of the Mass was to “be preferred, as far as possible, to individual and almost private celebration.”

The 55-year-old cardinal also referenced the celebration of the laity, a theme heavily promoted in the Second Vatican Council’s documents, writing that greater fruit from the sacrament is drawn “from participation in the same action.”

“In the Mass concelebrated by several priests, there is no diminution of the value and fruits of the Eucharistic sacrifice, but rather a full exaltation of them,” he stated. “When possible, it is more than appropriate for priests to concelebrate, also in view of the fact that there is a regular alternation of presidency for the concelebrations that ordinarily take place in St. Peter’s Basilica.”

The second part of Gambetti’s Note contained some welcome news for clerics and laity seeking to attend Mass in the Vatican, with the cardinal noting the Church stipulates “that exceptions to the situations in which concelebration is recommended are those cases in which the benefit of the faithful does not require or advise otherwise.”

He revealed that he had already received requests from groups with “special and legitimate needs” that would be allowed in the 7-9 a.m. slot “as far as possible.”

In line with this, the cardinal noted the “pastoral value” of the Mass as celebrated in line “with the existing Rites,” and highlighted the “importance of understanding the language in the liturgy,” an issue that would lead to additional Masses for those who did not understand the Italian of the concelebrated Masses.

This could be accommodated due to the size of St. Peter’s, which could cater for such Masses taking place “without overlapping with the concelebration taking place in the main liturgical places.”

Cardinal Gambetti revealed also that he was aware that between 7 and 9 a.m. the congregational size in the Basilica was “numerically limited.”

With regard to individual Masses, or private Masses, Gambetti wrote that such requests would “be discerned on a case-by-case basis.” However, the cardinal was careful not to allow too much freedom in this phrase, adding that “everything should take place in an atmosphere of recollection and decorum, and taking care to ensure that what is exceptional does not become ordinary, distorting the intentions and meaning of the Magisterium.”

Gambetti also addressed the issue of the relegation of the traditional liturgy to the crypt, an action that led to Montagna previously describing the Latin Mass as having to go underground.

In a somewhat different tone than the March directive, Gambetti’s words hinted at easier accessibility to the Extraordinary Form, at least in theory.

“For celebrations with the Missale Romanum of 1962, everything possible must be done to fulfil the wishes of the faithful and priests as laid down in the Motu Proprio Summorum Pontificum,” he wrote.

There was no further detail about precisely what would be done to fulfill such wishes, and careful analysis of the text might suggest that allowance of the traditional liturgy could also be included in the warning Gambetti makes later when he writes against the “exceptional” becoming the “ordinary.”

“I am confident that the path that has been embarked upon can encourage every priest and every member of the faithful to experience celebrations in Saint Peter’s in a way that is ever more ordered to goodness, beauty and truth,” closed the cardinal’s text.

Concelebration remains the new normal at the Vatican

Despite this note from the Archpriest of St. Peter’s, it appears that the availability of Masses, and the freedom of clerics to offer Masses, either privately or publicly, remains significantly curtailed compared with the period before March 22. Of particular note is Gambetti’s firm preference for concelebration, as heavily promoted by the Second Vatican Council, as the more proper way to offer Mass.

Yet shortly after the restrictions were originally announced in March, the prefect emeritus of the Congregation for the Doctrine of the Faith, Cardinal Gerhard Muller, slated the directives, saying that “nobody can be forced to concelebrate, because the normal form of the holy Mass is one priest is celebrating, representing Christ.”

He was supported by Cardinal Robert Sarah, former prefect of the Congregation for Divine Worship and the Discipline of the Sacraments who presented the arguments of St. Thomas Aquinas and Pope Pius XII on the graces reduced through concelebration, noting that “there is at least the serious possibility that, by forcing priests to concelebrate and thus reducing the number of Masses celebrated, there will be a decrease in the gift of grace given to the Church and to the world.”

In addition to the move away from individual Masses (even with a congregation) to concelebration, Cardinal Gambetti has also maintained the Vatican’s March 12 attack on private Masses, maintaining that it is more fitting for the congregation to be present at Mass in order to celebrate as a community. Such a concept was condemned by Pius XII’s encyclical Mediator Dei, in which he described how erroneous the positioned presented below is:

“They assert that the people are possessed of a true priestly power, while the priest acts only in virtue of an office committed to him by the community. Wherefore they look on the eucharistic sacrifice as a ‘concelebration’ in the literal meaning of that term and consider it more fitting that priests should ‘concelebrate’ with the people present than that they should offer the sacrifice privately when the people are absent.”

It remains to be seen whether Gambetti’s clarifying Note will indeed lead to the “goodness, beauty and truth” that he wishes the Mass to be ordered to.