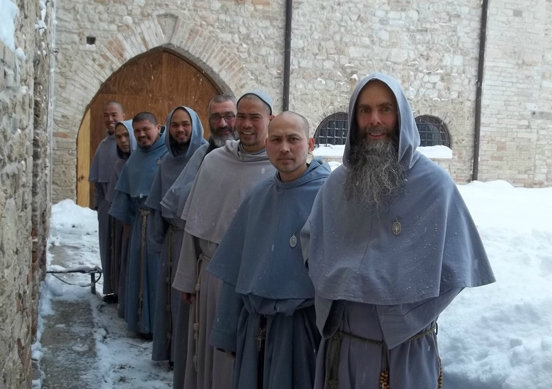 Members of the Franciscan Friars of the Immaculate

February 1, 2017 (LifeSiteNews) – The four-year-long ‘Way of the Cross’ of the traditionalist-friendly Franciscan Friars of the Immaculate may conclude as soon as Easter, according to Vatican reporter Marco Tossati.

Cardinal Joao Braz de Aviz, prefect for the Congregation for Institutes of Consecrated Life and Religious, and his Secretary, José Rodríguez Carballo, want to close the painful chapter in the life of one of the most traditionally minded reform orders of the Church today.

What began as an inquiry into the Franciscan Friars of the Immaculate (FFI) in July 2013 when the Vatican named Capuchin Father Fidenio Volpi as commissioner turned quickly into a complete dismantling of the order.

The Vatican never brought forward clear allegations, but it was evident that the Franciscans in the Vatican’s Congregation conspired with liberal members of the FFI itself in order to clean the order of all links to the Extraordinary Form of the Roman Rite. The seminary was closed and the brothers dispersed. A majority of the brothers left and found refuge in the Philippines where they were incardinated. The Vatican’s commissar, Fidenzio Volpi, died in 2015 from a stroke and was replaced by Sabino Ardito. Allegations of fraud against the founder, Fr. Stefano Maria Manelli, were settled by an Italian civil court and Manelli was proven innocent. Yet the order suffered greatly.

Now the Vatican commissioners for the male branch of the Franciscans, the Salesian priest Sabino Ardito, the Capuchin Carlo Calloni, and the Jesuit Gianfranco Ghirlanda – who is also a member of commission investigating the Knights of Malta – will draft new constitutions of the order. Marco Tosatti claims this will happen even before Easter or at least by September. It may very well the case that these will contain the abolition of the vow of unlimited consecration to the Immaculate Mother of God, or its obligatory character. This would imply a strong refutation of the principle characteristic of the identity of the order, which was inspired by St. Maximilian Kolbe.

The FFI was one of the most flourishing examples of Franciscan spirituality, with countless vocations and an exemplary poverty in the spirit of St. Francis.

The female branch, the Franciscan Sisters of the Immaculate, have been under investigative visitation by Cardinal Braz de Aviz since 2014. Sister Fernanda Barbiero of the Institute of the Sisters of St. Dorothy, an “up-to-date” nun with moderately feminist tendencies, was nominated commissioner over the order; she was succeeded by Sister Noris Adriana Calzavara from the Sisters of the Rosary.