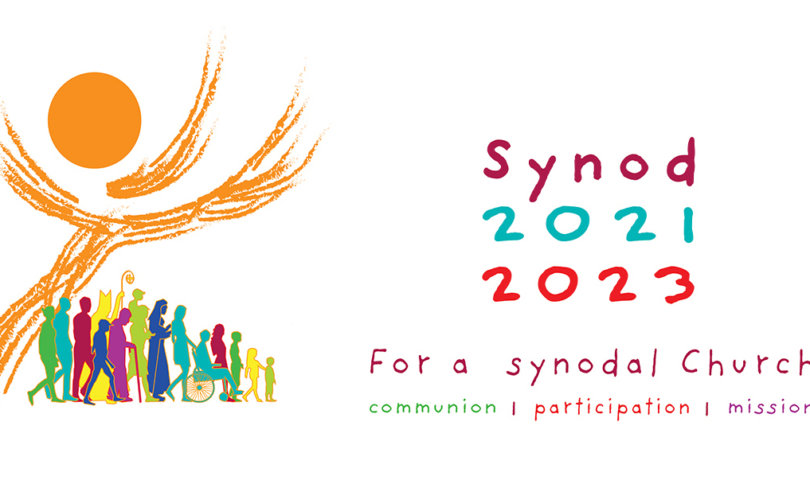 (LifeSiteNews) — In a sharp and monumental departure from Catholic Church teaching, the Vatican celebrated “testimonies” of child adoption by homosexual couples as well as homosexuality itself.

The Synod on Synodality website, overseen by the General Secretariat of the Synod of Bishops, on Friday highlighted as praiseworthy three stories of homosexual adoption that were shared by Noelle Therese Thompson, the synod leader of Immaculate Conception Parish in Hendersonville, North Carolina.

The first, titled “Parker’s pro-life story,” tells how a woman who was on the verge of having an abortion decided to give her child up for adoption when she saw that a friend of hers, who was in a same-sex relationship, wanted a child. The story credits the homosexual relationship for being responsible for saving the child’s life, concluding, “Today, Parker is an eight-year-old boy with two loving parents, Karl and Diego, whose relationship saved this child from abortion.”

The second, titled “The story of a sexuality that gives life,” shares how a “married” homosexual couple adopted local teenagers with mental disabilities. It is noteworthy, considering that it is impossible for a gravely disordered sexuality to “give life” that the website page itself makes clear regarding the stories, “The titles are our own.”

The last story tells how a man who teaches at a Catholic school and his “married” partner  “decide to foster, love and adopt young children internationally and, in doing so, lift them out of extreme poverty.”

The teacher’s “greatest sadness is that he has to hide his sexuality in order to keep his job in a church institution and that he does not feel welcome in the Catholic Church precisely because of his sexuality which he considers God-given, and this despite his attempt to love the poor and destitute through his pro-life decision to adopt,” the story concludes.

The portrayal of homosexual adoption stories in a positive light by a Vatican mouthpiece is gravely scandalous, in part because it endorses one of the “particular mortal sins that are so evil that they are said to be sins that cry to heaven for vengeance,” as the Catholic Catechism affirms — namely, sodomy (Gn 18:20-21, cf. CCC #867).

By endorsing same-sex parenting, the General Secretariat of the Synod of Bishops, which is “directly subject to the Roman Pontiff,” heaps one scandal on top of another, one that condones “violence” to children, according to the Vatican’s own doctrinal teaching.

The Congregation of the Doctrine of the Faith (CDF) has stated, according to then-CDF prefect Joseph Cardinal Ratzinger, “Allowing children to be adopted by persons living in [same-sex] unions would actually mean doing violence to these children” by placing them “in an environment that is not conducive to their full human development.”

Researchers Robert Oscar Lopez and Brittany Klein, who were both brought up by same-sex couples, have weighed in on what they view as the harmful effects of homosexual adoption, which they warn is “systematic child abuse,” Church Militant noted. They published a 2016 study based on the testimony of children adopted by same-sex couples titled “Jephthah’s Children: The Innocent Casualties of Same-Sex Parenting.”

Klein, who was brought up by lesbians, slammed same-sex parenting as child deprivation. “This is not about what goes on between two adults. This is a whole country becoming complicit in making women breeder livestock to meet the whims of a group of men, and then denying children created as saleable goods the basic right to a mother and father,” she wrote in the study.

“A child deserves a mother and a father. This is a basic human right. Parenthood is not a right. … No homophobia in the world even competes with this socially accepted dehumanization of children.”

Church Militant has also noted that the General Secretariat of the Synod of Bishops appeared to support homosexuality in several other ways via its newsletter, launched in January 2022.

For example, a May 6 issue of the newsletter features the “Gay Emancipation Foundation,” founded by Father Jan Veldt, and highlights one of the “reactions” to the synod by “groups of believers — collected by Veldt — that expressed the hope that “gay empowerment in the Church can perhaps be promoted by talking about it as much as possible, in the media and especially in the Church itself.”

In a statement published to the Synod website, the Foundation wrote that it sees the “preparatory consultation meetings” of the Synod on Synodality “as a good opportunity to further adjust the position of the Roman Catholic Church with regard to homosexuality.”

The Foundation further celebrated Pope Francis’ endorsement of same-sex civil unions, noting that in the documentary Francesco, “the Pope said he believes homosexual couples should be allowed to enter into a registered partnership.”

CBS Boston reported that one woman in a homosexual “marriage” “view[ed] the endorsement as a message to her kids: their family is welcome, and Catholic faith is a gift they can share together.”