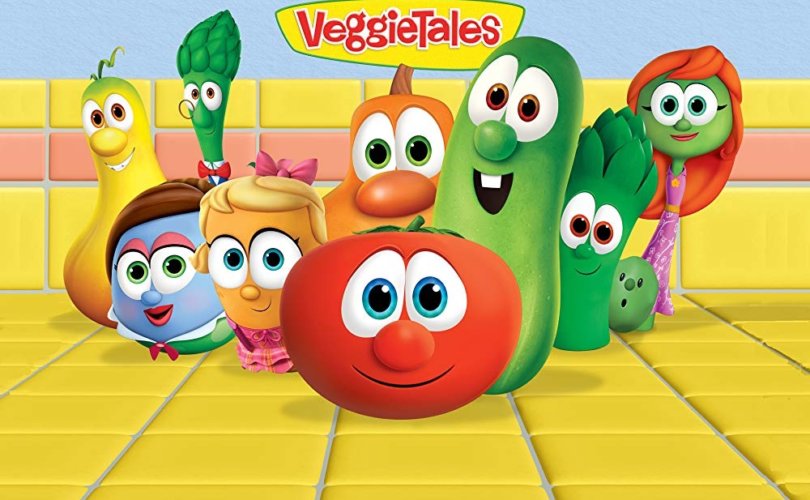 (LifeSiteNews) — One of the creators of one of the most popular Christian children’s entertainment properties suggested this week that a new Florida law banning sexual proselytizing in K-3 public education was animated by a similar impulse to that which sustained racial segregation generations ago.

During a recent podcast, VeggieTales co-creator Phil Vischer discussed the Sunshine State’s newly-enacted Parental Rights in Education law, which bans schools from teaching children in kindergarten through third grade about transgenderism and other sexuality-related issues, limits discussions of sexuality for older children to “age appropriate” content, and requires parents to be informed of any changes that could affect their child’s physical, emotional, or mental well-being.

As highlighted by Woke Preacher Clips, a Twitter account dedicated to highlighting examples of “theology at the intersection of woke and cringe,” Vischer said during the podcast that the “only thing that would compare” to the controversy over exposure of children to LGBT content “goes back to race, when you had people honestly arguing in some parts of the south, that ‘my religion teaches the races must be kept separate, and now the government is wanting to put the races together.’ This is a huge impasse.”

“And since then, we have for most of American history, Judeo-Christian ethics have kind of informed public policy and public ethics,” he continued. “We’re definitely at a crossroads where Judeo-Christian ethics, if you hold to a traditional Judeo-Christian sexual ethic, you are out of step with public ethics and how that plays out in public schools and in public settings is going to be increasingly contentious, and will lead more people to homeschooling and more people to private schools, and if there’s lawsuits flying around, more teachers to say, ‘this isn’t worth it, I’m out of here,’ harder to get teachers, I mean it’s hard enough to teach already, but now try to teach if you aren’t sure whether you can acknowledge that Johnny has two dads in the class when he brings it up. So this just, oh this is messy, and it’s gonna get messier.”

Vischer later claimed he was not taking a hard position on the matter but was merely trying to present “the most charitable way to look at” both sides, and even walked back his initial analogy somewhat, by acknowledging the issue was “not exactly analog to the race debate of 50 years ago … You have to say this is different because it’s, because it is different. And that’s all I have to say about that.”

To be fair, Phil says at the end of this discussion that he's not taking a side but just wants to give his listeners a "charitable" reading of both sides of the convo so they can understand it better. But several huge omissions speak volumes about where he stands. pic.twitter.com/OvWmlgst6R

After hearing Skye reuse his analogy, it appears Phil realizes he's got a mess to clean up.

But Woke Preacher Clips notes that the discussion largely took left-wing objections to the law at face value, while failing to acknowledge examples of the legitimate parental concerns that animated it:

…Things like teachers grooming children into trans identity without their parents' knowledge, pressuring them to get surgery or homes, parents losing custody for opposing transitions. Holy Post can't bring themselves to acknowledge why this is visceral for so many families.

Phil, not to be outdone: it "could be interpreted to mean that if a child from a same-sex household says 'I have 2 moms,' the teacher has to shut that down…which, obviously would have an impact on that child, to say your family is so shameful it cannot be even mentioned."

Cont'd: The gang worries about a chilling effect on teachers and administrators, fearing lawsuits, and on children who know that their counselors will have to report any discussions on sexual identity to their parents. pic.twitter.com/C5a8uahcb1

When later confronted about the clip, Vischer indicated that he continues to see a valid comparison between the issue and racial civil rights, albeit not necessarily to the same extent that LGBT activists assert one:

You might also want to listen to our interview with David French last Friday where he argues that trans rights should not be considered in the same legal category as race rights. It’s pertinent.

Back in 2019, Vischer was far more unequivocal about the dissemination of LGBT subjects to children, when he declared that he would refuse “pressure from Hollywood to show two men getting ‘married’ because we’ve all decided it’s right and correct,” because “that’s not what I believe is best for kids.’”

In the years since, Vischer has become more known in social conservative circles for commentary offering “Christian” rationalizations for a variety of left-wing propositions, from lecturing “white conservative Christians” on “race in America” to justifying the choice to vote for pro-abortion politicians.