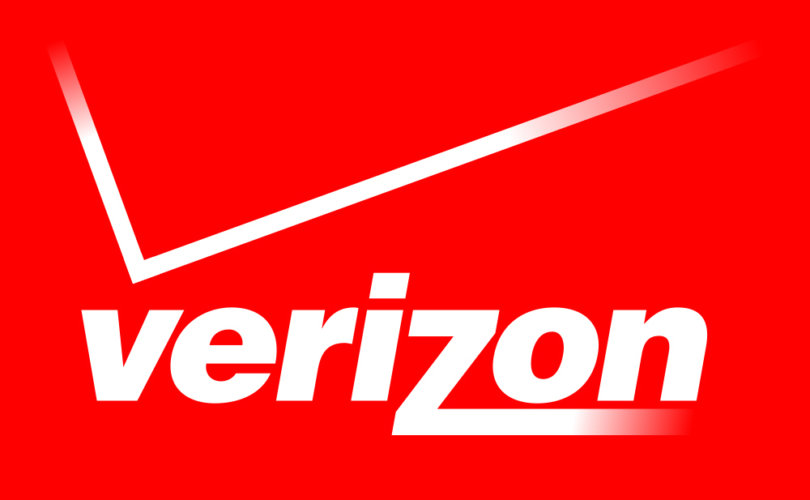 June 26, 2020 (LifeSiteNews) – Despite mounting evidence of the social network’s left-wing bias, Facebook still isn’t doing enough to censor “hate and misinformation,” according to a coalition of advertisers boycotting the platform that was just joined by telecom giant Verizon.

“We have strict content policies in place and have zero tolerance when they are breached. We take action,” Verizon’s chief media officer John Nitti said, CNBC reported. “We’re pausing our advertising until Facebook can create an acceptable solution that makes us comfortable and is consistent with what we’ve done with YouTube and other partners.”

The move comes in response to pressure by a coalition of the groups Anti-Defamation League, NAACP, Sleeping Giants, Color of Change, Free Press, and Common Sense, who – without offering specifics – accuse Facebook of “allow(ing) incitement to violence against protesters fighting for racial justice in America in the wake of George Floyd, Breonna Taylor, Tony McDade, Ahmaud Arbery, Rayshard Brooks and so many others”; of legitimizing conservative news outlets Breitbart and the Daily Caller; and of “turn(ing) a blind eye to blatant voter suppression on their platform.”

The group calls on Facebook to create new layers of moderation and engagement for targets of “identity-based hate,” to take steps to ensure ad revenue does not support “content labeled as misinformation or hate,” and to more closely monitor “extremism” in private Facebook groups.

The campaign has so far gotten the companies Ben & Jerry’s, Patagonia, and REI to agree to pause their Facebook advertising, with Verizon being its biggest gain so far.

Facebook addressed these developments in the form of a memo from VP of global business Carolyn Everson, who explained that the company does not “make policy changes tied to revenue pressure” and that it sets “policies based on principles rather than business interests.”

“We respect any brand’s decision, and remain focused on the important work of removing hate speech and providing critical voting information,” Everson continued. “Our conversations with marketers and civil rights organizations are about how, together, we can be a force for good.”

The campaign’s reference to “incitement to violence against protesters fighting for racial justice” is widely understood to be a reference to a social media post by President Donald Trump declaring that “THUGS” among the protesters, who had been filmed engaging in violent acts such as smashing storefronts and setting buildings on fire, were “dishonoring the memory of George Floyd, and I won’t let that happen. Just spoke to Governor Tim Walz and told him that the Military is with him all the way. Any difficulty and we will assume control but, when the looting starts, the shooting starts.”

Twitter set off a firestorm last month when it placed a warning over the tweet, claiming that it “violated the Twitter rules about glorifying violence.” Pressure quickly mounted for Facebook to do the same, which Zuckerberg initially rejected on the grounds that the “we read (the post) as a warning about state action,” and that “we should enable as much expression as possible unless it will cause imminent risk of specific harms or dangers spelled out in clear policies.”

Many left-wingers within the company did not take kindly to their boss’ stance, with a number of employees publicly declaring it “not acceptable” and several hundred others staging a “virtual walkout” in protest. In response, Zuckerberg followed up with comments teasing that the company’s policy may “evolve” yet again to appease the backlash.

“There is a real question coming out of this, which is whether we want to evolve our policy around the discussion of state use of force,” Zuckerberg said. “Over the coming days, as the National Guard is now deployed, probably the largest one that I would worry about would be excessive use of police or military force. I think there’s a good argument that there should be more bounds around the discussion around that.”

Facebook has a long history of suppressing conservative content under vague or false pretenses. Multiple analyses have found that algorithm changes instituted at the beginning of 2018 disproportionately impacted conservative politicians and websites. Last year, an insider revealed that Facebook “deboosts” traffic to several mainstream conservative sites.

The capitulation of Verizon and other companies to campaigns like this underscores a warning issued this week by conservative author Ann Coulter, who told Breitbart that “woke corporate America” is currently the top threat facing Republicans and conservatives.

“I have been predicting for years that the internet is too free,” she said. “We can communicate with one another. We can get information that The New York Times, MSNBC, and CNN simply will not report. They’ve got to shut down the internet to conservatives, and what better time to do it than the year of Trump’s re-election.”

Coulter lamented that most Republicans, in her view, are either oblivious or indifferent to the danger. “Republicans just have it in their heads, ‘Ooo, it’s capitalism. We support corporations,’” she said. “As the election gets closer, there are going to be more and more soldiers falling … Where are Republicans on this?”

Earlier this month, the president signed an executive order aimed at tweaking how federal agencies interpret and enforce Section 230 of the federal Communications Decency Act, which immunizes websites from potentially being held liable for the third-party content they host. The order directs the Federal Communications Commission (FCC) to propose an administrative rule that would “spell out what it means for the tech giants to carry out their takedown policies ‘in good faith,’” but it remains to be seen whether Republicans will seriously attempt any more comprehensive solution should they regain Congress.