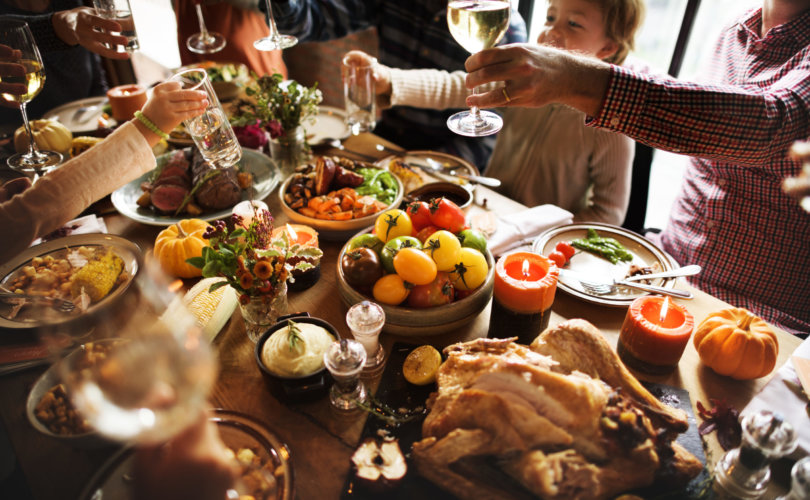 November 26, 2020 (LifeSiteNews) – Vermont's governor asked the state's schools to interrogate children and parents about their Thanksgiving gatherings when the students return after the holiday, and if it's determined a “multi-family” get-together took place, the kids will be forced into quarantine.

“Unfortunately, we know some will still get together and schools have asked for help. @VTEducation will direct schools to ask students or parents if they were part of multi-family gatherings and if the answer is yes, they'll need to go remote for 14 days or 7 days and a test,” Republican Gov. Phil Scott tweeted.

Scott’s tweet directs the Vermont Agency of Education to take charge of asking schools to question students about their Thanksgivings.

According to a Burlington Free Press report, Dan French, who serves as Vermont’s Education Secretary, said he hopes that families will come out “honestly” about their Thanksgiving gatherings.

“Schools operate on trust with their parents and their students, and we're hopeful this guidance will give them some additional tools to help everyone do the right thing and keep school safe,” French said, according to the Burlington Free Press.

Scott’s message came nearly two weeks after he announced an executive order on November 14 that bans gatherings of any kind, including those “both inside and outside social gatherings, in public and private spaces.”

“Attendance at all public and private social, recreational and entertainment gatherings, indoor and outdoor, including large social gatherings incidental to ceremonies, holiday gatherings, parties and celebrations, shall be limited to participation with only members of a single household,” Scott’s order said.

At publication time, Vermont had recorded 3,827 coronavirus cases and has seen only 64 deaths, a relatively low number compared with neighboring states.

Scott’s Twitter remarks about having schools interrogate pupils about Thanksgiving was met with disapproval by some on Twitter.
“Using government institutions to convince children to rat out their parents. Where have we seen this happen before?” wrote @kurtjeckert in reply to Scott’s tweet.

Many U.S. state and local governments, such as those in Ohio, Virginia, the City of Los Angeles, and others, have been actively encouraging citizens to snitch on each other if one believes local COVID-19 rules were broken.

In Canada, COVID-19 “snitch” lines are also being promoted by local governments, such as in the province of Manitoba, where police are actively encouraging their citizens to report violators.

In spite of COVID and the ongoing election disputes, Americans will gather on Thursday to give thanks for all that they have received, and to show gratitude to God and neighbor.

In many places across the nation, however, state governors are "cracking down" on Thanksgiving by implementing additional, seemingly arbitrary limits on citizens' right to free assembly.

At the same time, these same governors are allowing Black Friday shopping to go on practically unabated, without additional restrictions than those already in place for their states' COVID response.

This kind of discrimination is wrong!

Here are a few examples:

While LifeSite believes in taking appropriate precautions for COVID especially for the elderly and those already suffering poor health, we also believe that individuals and families should be allowed to use their good sense and their own discretion rather than being coerced by the state in these matters.

Moreover, states should not be in the business of discriminating against family gatherings, like Thanksgiving, in favor of commercial pursuits, like Black Friday.

Please SIGN and SHARE this Thanksgiving Day petition, urging governors not to discriminate against family gatherings and impose greater, disproportionate COVID restrictions for Thanksgiving Day than they would for shopping on Black Friday.

'The Governor Canceled Thanksgiving. Why Not Black Friday?' - https://www.wweek.com/news/business/2020/11/18/the-governor-canceled-thanksgiving-why-not-black-friday/