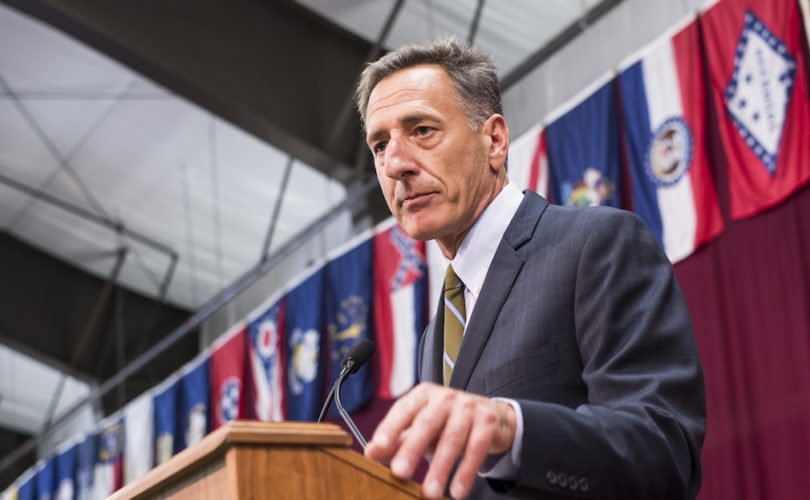 MONTPELIER, Vermont, May 26, 2016 (LifeSiteNews) – The governor of Vermont signed a law this week compelling the state’s health insurers to fund access to “free” contraception in all forms in the state, including for the first time, vasectomies for men.

“This law will ensure that Vermonters will be protected from efforts to undermine important birth control provisions in the Affordable Care Act,” he said.

“Once again, Vermont is leading the way on reproductive rights,” the Democrat stated.

The law mandates that public and private insurers in the state provide without cost any contraceptive approved by the Food and Drug Administration (FDA), but also requires provision of vasectomies at no charge, going beyond Obamacare, and making Vermont the first state to require insurers to bankroll the cost of the contraceptive procedure for men.

Increased Medicaid reimbursement for long acting reversible contraceptives (LARCs) is also part of the package, as is giving women up to 12 months of chemical contraceptives in one visit.

Shumlin was joined Monday by lawmakers who supported the Vermont birth control bill, and by Planned Parenthood of Northern New England officials, according to ABC News, while he decried efforts elsewhere in the U.S. to oppose the Obamacare Mandate.

“At a time when our country is headed in the wrong direction,” Shumlin said, “I'm proud to say Vermont continues to head in the right direction.”

He also indicated on his official government webpage the law was in response to last week’s decision to remand the Zubik v. Burwell case back to U.S. Appeals Courts, dealing an initial victory for religious freedom to faith-based entities, such as the Little Sisters of the Poor, who are fight in court against the Obamacare Mandate requiring them to fund contraceptives and abortifacients in violation of their religious beliefs.

“The law comes at a time of uncertainty for the birth control protections included in the federal Affordable Care Act and reproductive rights,” he stated. “Last week, the Supreme Court declined to resolve several challenges to the protections, instead urging lower courts to work to resolve the issues.”

Shumlin continued on his webpage with a shot at U.S. Senate Republicans for refusing to vote on Barack Obama's nominee to replace the late Justice Antonin Scalia who passed away in February, and also criticized a bill passed May 19 by the Oklahoma legislature outlawing abortion there. The law was vetoed the following day by Governor Mary Fallin, the Republican saying it would not stand up in court.

“In 2016, it is disheartening that we are still having these debates about reproductive rights,” Shumlin said. “Vermont has been a leader when it comes to protecting those rights and we will continue to do so.”