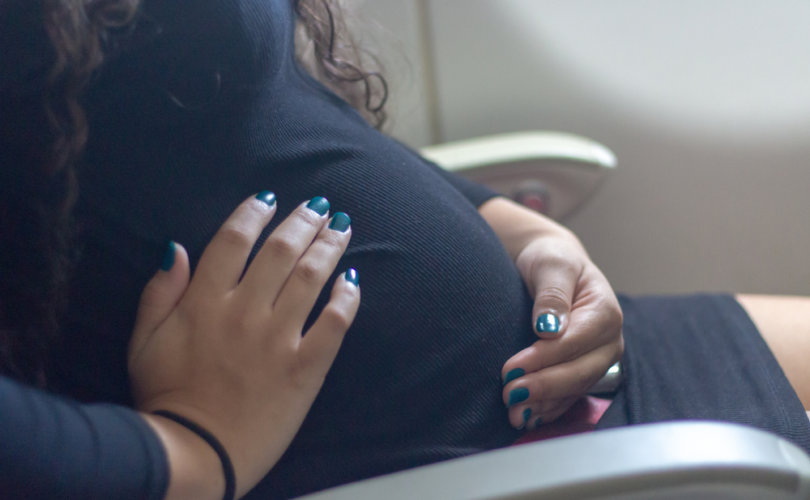 MONTPELIER, February 22, 2019 (LifeSiteNews) – Vermont’s Democrat-controlled House of Representatives voted Thursday to pass a bill many pro-lifers are calling the most extreme of its kind, as it leaves elective abortion virtually unregulated through all nine months of pregnancy.

Last month, more than 90 House members cosponsored legislation to codify a “fundamental right” to “have an abortion,” like several other states moving to ensure abortion remains legal regardless of a future Supreme Court decision overturning Roe v. Wade.

The House voted 104-40 to give the bill preliminary approval Wednesday evening, then voted 106-36 to pass it on Thursday, the Daily Caller reports.

Republicans introduced a variety of amendments, including a 48-hour waiting period, parental consent, prohibiting abortions past 24 weeks, recognizing fetal personhood, banning partial-birth abortion, ultrasound requirements, and safety standards and inspections for abortion facilities, but Democrats rejected all of them.

“It is official. The Vermont Democrat Party now holds the dubious distinction of being the party of unlimited, unrestricted and unregulated abortion-on-demand throughout pregnancy,” Vermont Right to Life Committee executive director Mary Hahn Beerworth responded in a statement. “Pro-abortion legislators walked in lock step with Planned Parenthood and the ACLU as they read on the House floor the talking points that were rather obviously provided to them by both pro-abortion organizations.

“The legislators who fought against H. 57 included both pro-life and pro-choice members of the Vermont House of Representatives,” she noted. “Rep. Bob Bancroft, of Westford, identifies himself as pro-choice. But the fact that H 57 lacked any concern for young girls and women, or any concern for a viable unborn baby, compelled him to offer over eight amendments to the abortion bill.”

The legislation now proceeds to the Democrat-dominated Vermont Senate, where it will likely pass. Liberal Republican Gov. Phil Scott has said he’s supportive of the bill’s stated purpose to protect abortion, but is waiting for the legislature to settle on finalized language before confirming whether he’ll sign it.