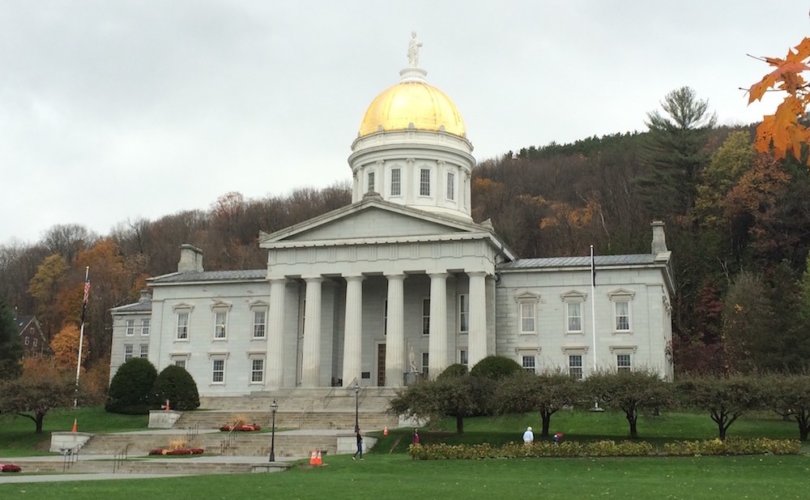 MONTPELIER, Vermont (LifeSiteNews) — Private religious schools in Vermont will now be able to draw on state funds for tuition aid after the state’s supreme court decided on November 30 to enforce a settlement made by government officials stipulating that barring such schools from funding is discriminatory and unconstitutional.

A Town Tuition Program in the Green Mountain State had been launched to provide tuition aid to private secular schools in towns that had no public school, but private religious were excluded from the program. Several families and the Diocese of Burlington, which extends across the entire state, filed two lawsuits, ultimately resulting in the government agreeing that such an exclusion was neither constitutional nor enforceable.

The settlement follows the U.S. Supreme Court decision Carson v. Makin, delivered in June of this year, in which the court ruled 6-3 that a state-run program for tuition aid in Maine could not bar “sectarian” schools—religiously affiliated schools—from taking part in the program. The high court said in the case that the exclusion of religious schools violated the free exercise of religion assured by the First Amendment.

Chief Justice John Roberts reasoned in the case that if a state decided to extend tuition aid to private schools, it could not discriminate against religious schools for the simple reason that they were religious.

He noted that Maine “pays tuition for certain students at private schools—so long as the schools are not religious. That is discrimination against religion. A state’s antiestablishment interest does not justify enactments that exclude some members of the community from an otherwise generally available public benefit because of their religious exercise.”

Based on this ruling, Vermont has followed suite and now includes private schools in its umbrella of schools that can access state funding for tuition. As part of the settlement, Vermont will directly reimburse those families who had requested tuition from the state for attendance at a private religious school but had been denied previously; the state is also paying the attorney fees for these families.

Several other recent Supreme Court decisions have been delivered in favor of the inclusion of private schools in state-funded programs. In June 2020, in Espinoza v. Montana Department of Revenue, the court decided exclusion of religious schools from a state scholarship program was unconstitutional. And in 2017, in Trinity Lutheran Church of Columbia, Inc. v. Comer, the court ruled that a church-owned playground had to be deemed eligible for public funding benefits.

These rulings have begun a trend in the nation’s high court reversing decades of exclusions of private religious schools from state benefits and funding programs. These decisions were handed down over the course of several decades when the Supreme Court was dominated by Masonic justices intent upon secularizing public education in the U.S. beginning in the 1940s.

READ: Removing God from the classroom: a Masonic plan to shape the minds of American children

It has yet to be seen whether the acceptance of state funding by religious schools for tuition aid will come with strings attached to it, such as demands or conditions affecting the curriculum and content taught in the classroom. At a time when drag queen sessions and the teaching of LGBT inclusion or critical race theory are aggressively being pushed in public school education, it is perhaps with caution that schools should allow themselves to become dependent upon state funding and benefits.