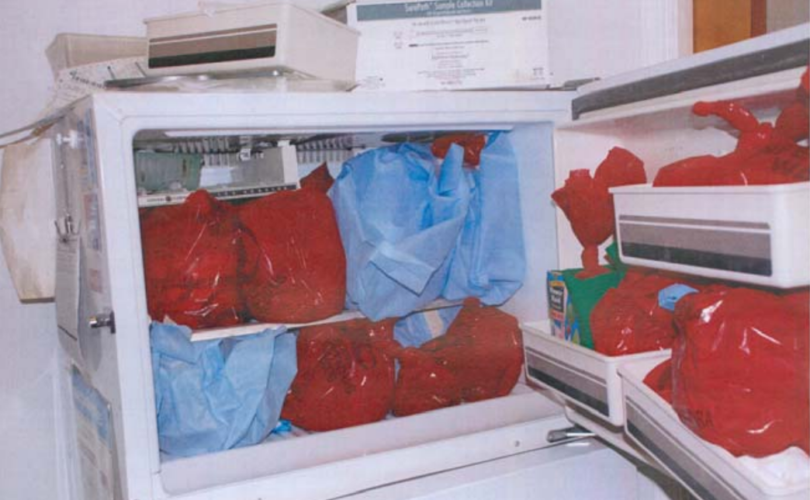 MONTPELIER, February 14, 2019 (LifeSiteNews) – As bills to codify state-level “rights” to abortion keep drawing national scrutiny, pro-lifers are calling more attention to legislation in Vermont that stands among the most extreme currently being promoted.

Last month, more than 90 members of the state House cosponsored legislation to codify a “fundamental right” to “have an abortion,” a measure meant to ensure abortion remains legal in Vermont regardless of a future Supreme Court decision overturning Roe v. Wade.

Under this bill “there’d be nothing we could do about” another dangerous criminal abortionist like Kermit Gosnell setting up shop in the state, Vermont Right to Life executive director Mary Hahn Beerworth told the Washington Times.

An earlier version of the bill also explicitly stated that a “fertilized egg, embryo, or fetus shall not have independent rights under Vermont law.” That language has since been removed, but Beerworth warned that lawmakers did so “with the clear understanding” that it “doesn’t make any difference” because the “fertilized egg and fetus still have no rights under Vermont law.”

The bill “means that a baby in the womb can be terminated right up to the moment of natural birth. My friends, that is not abortion. That is infanticide,” Bishop Christopher Coyne of the Diocese of Burlington said, Catholic News Service reports. He called on Vermonters to contact their elected representatives to express their opposition to the bill.

“We have no desire to impose our way of life on others, but there are times when the threat to life is so egregious that our faith compels us to speak out publicly, especially on behalf of those who have no voice or are viewed as unwanted,” said Deacon Philip Lawson, the Diocese’ executive director of evangelization, catechesis, divine worship, marriage and family, and respect for life. “As Christians and as Catholics, we are a people of life, and we cannot sit idly by when any life is threatened.”

As the debate rages in Vermont and across the country, Catholic News Agency reports that a new YouGov poll commissioned by Americans United for Life finds that 79% of respondents oppose abortion in the third trimester, including 66% of Americans who self-identify as “pro-choice.” Those findings are consistent with a wealth of polling data that consistently finds strong majorities of Americans want abortion to be significantly more limited than the status quo.

The bill has a strong chance of passing the Democrat-controlled legislature and being signed into law by Gov. Phil Scott, a liberal Republican. Pro-abortion activists are also pushing a state constitutional amendment affirming a “right” to abortion.