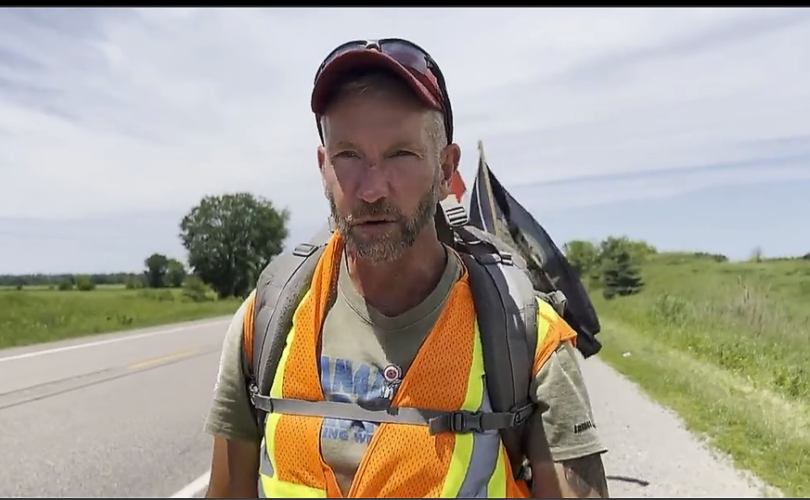 OTTAWA (LifeSiteNews) — Canadian veteran James Topp is asking New Democrat Party leader Jagmeet Singh to “honor his word” and meet with him while he is in Ottawa.

After Singh publicly stated he is willing to “meet with people he disagrees with,” except for “Freedom Convoy organizers,” Topp – who arrived in Ottawa on Thursday after walking over 4,000 kilometers from British Columbia to protest COVID-era mandates – posted a video to social media urging Singh to keep his word and meet with the freedom marcher.

“I am not a Convoy organizer,” Topp said in the video. “My name is James Topp. I’m a soldier, I’m a Canadian citizen, I’m a taxpayer, I’m a voter.”

“I’ve reached out to every single member of parliament, including Mr. Singh. I wish that he would honor his statement when he says that he’s willing to sit down and speak to those people that he disagrees with … Mr. Singh, here I am,” Topp added.

“So, Mr. Singh, I would be happy to meet with you anytime between now and my arrival [in Ottawa] on June 30th, or after, by the way.”

A number of Members of Parliament, including Conservative leadership front-runners Leslyn Lewis and Pierre Poilievre, have already met with Topp.

In recalling his sitdown meeting with a number of MPs, Topp stated that the meeting was done because the constituents the MPs represented “reached out to them and asked them to come and see me when I arrived in Ottawa.”

“It is encouraging … [The MPs] listened to what their constituents in their ridings had to say.”

As reported by LifeSiteNews, Topp, who served for 28 years in the Canadian Armed Forces, began his 4,395-kilometer (2,730-mile) journey to Ottawa from the Terry Fox monument in downtown Vancouver in February.

Since then, Topp has amassed a large following of fellow pro-freedom Canadians, including 70-year-old Walter Hofman, who joined Topp on the final 400 km leg of his journey.