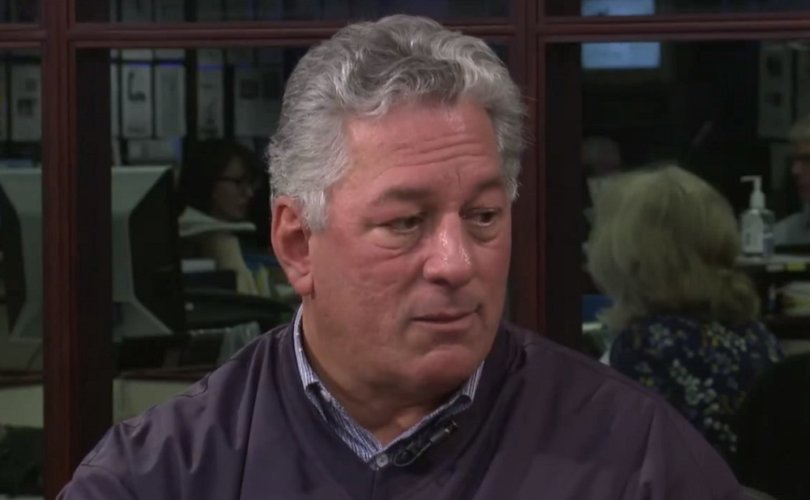 CHICAGO, July 31, 2020 (LifeSiteNews) — A veteran journalist has refused to back down after he was publicly accused of “religious bigotry” for reporting on the connections between increases in violence around the U.S. and the political donations of globalist billionaire George Soros.

John Kass, who has spent 35 years working as a columnist and political reporter for the Chicago Tribune, has penned a defense of his July 22 article “Something Grows in the Big Cities Run by Democrats: An Overwhelming Sense of Lawlessness” after the Chicago Tribune Union Guild reacted to the article by sending an open letter to all Tribune staff arguing that Kass “does not deserve a mainstream voice, especially at a time when hate crimes are rising.”

Kass’s article highlighted that “President Donald Trump is sending federal law enforcement into the big cities run by Democratic mayors, where murder and gang shootings are out of control” and that “these Democratic cities are also where left-wing billionaire George Soros has spent millions of dollars to help elect liberal social justice warriors as prosecutors.”

But Kass has pointed out that his article “did not mention Soros’ ethnicity or religion” and that “Soros’ influence on these races is undeniable and has been widely reported.”

Kass makes the point that Soros’s political donations are not a secret, much less a “conspiracy theory,” before highlighting some of the recent coverage of Soros’s investments in mainstream media outlets.

As recently as February, the Sun Times pointed out roughly $2 million in Soros money flowing to Foxx in her primary election effort against more law-and-order candidates.

In August 2016, Politico outlined Soros’ money supporting local DA races and included the view from opponents and skeptics that if successful, these candidates would make communities “less safe.”

The Huffington Post in May 2018 wrote about contributions from Soros and Super PACs to local prosecutor candidates who were less law-and-order than their opponents.

Kass expressed sympathy with those less able than he is to stand up to the ever-increasing censorship of proponents of “cancel culture.”

“Most people subjected to cancel culture don’t have a voice,” he writes. “They’re afraid. They have no platform. When they’re shouted down, they’re expected to grovel. After the groveling, comes social isolation. Then they are swept away.”

“But I have a newspaper column,” he continues.

“I will not apologize for writing about Soros. I will not bow to those who’ve wrongly defamed me. I will continue writing my column.”

Earlier this month, the George Soros–founded Open Society Foundations announced that it is investing $220 million in “Black-led justice organizations” that among themselves call for defunding the police and mass mail-in voting and express support for the riots that have swept across the country following the death of George Floyd.

Last year, he invested $5.1 million in a super-PAC dedicated to funding groups working against Trump’s re-election.