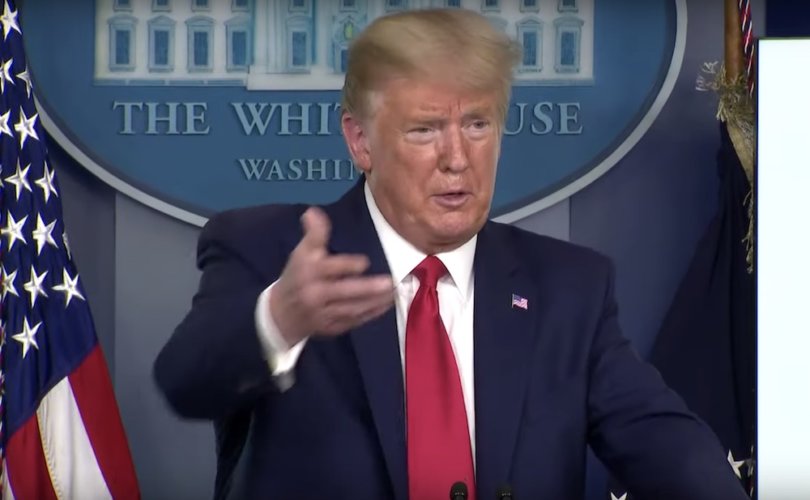 Solomon, a former Washington Post reporter, Washington Times executive editor, and former executive vice president of The Hill, floated the idea during an interview with conservative columnist Matt Margolis, in response to Margolis’ argument that the current press corps, which is assigned by the left-wing White House Correspondents Association (WHCA), is “trying to create a narrative” instead of “trying to get the information.”

“It is time for President Trump, for Kayleigh McEnaney, for Mark Meadows, for Jared Kushner, those in the White House who have the ability to make this decision,” to “create a second White House press poll to create competition,” Solomon said. The current crop of overwhelmingly liberal journalists “has had a monopoly on that room” but “don't ask the people's questions anymore. They ask their own grandstanding questions.”

President Donald Trump and the mainstream media have had a notoriously confrontational relationship, most colorfully expressed during press conference exchanges between reporters and either Trump himself or his press secretaries.

The issue came into focus Thursday when HuffPost White House correspondent S.V. Dáte asked the president, without examples: “After 3 1/2 years, do you regret, at all, all the lying you've done to the American people on everything?” Trump ignored the question and called on another reporter.

Perhaps the most infamous single figure to embody the tone Solomon bemoans is CNN chief White House correspondent Jim Acosta. Acosta has been with CNN since 2007, but raised his profile primarily through his questioning of Trump administration figures, which liberals frame as tenacious but conservatives call rude and unprofessional.

In one notorious 2018 incident, Acosta not only attempted to speak over Trump’s attempts to take someone else’s question, but pushed away a female aide attempting to take the microphone to give it to the next journalist. The administration subsequently revoked Acosta’s White House credentials, but a federal judge ordered them reinstated on First Amendment grounds.

McEnaney, Trump’s current press secretary, has gained a reputation for forcefully fighting back against the press corps. As NewsBusters’ Tim Graham detailed last month, journalists such as Politico’s Ryan Lizza complain about McEnany meeting them with “pure theater” and “negative partisanship.”

“Lizza isn’t being honest,” Graham responded. “Because he represents ‘pure theater’ and ‘negative partisanship’ from the other side of the exchange,” such as when Lizza asked McEnaney in May: “What does the White House view as the number of dead Americans where you can say that you successfully defeated this pandemic?”

The real source of the press corps’ ire, Graham suggested, is that she gives “arrogant reporters” a “dose of their own medicine.”

The creation of a second White House press corps would also provide an opportunity for outlets blackballed by the current one, including LifeSiteNews, to present their audience’s concerns to the administration.

“The left-leaning White House Correspondents Association just rejected our application for membership, yet they permit the homosexual newspaper the Washington Blade and even Playboy,” LifeSite cofounder and editor-in-chief John-Henry Westen said. “America deserves better than to have a leftist elite control the information coming from the White House. This cabal is crushing freedom of the press.”