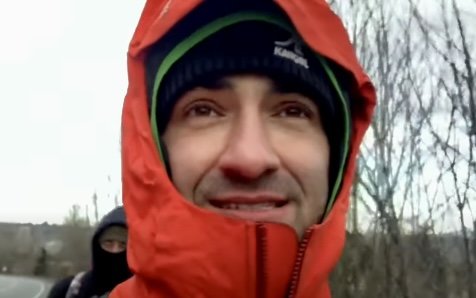 FRANK, Alberta (LifeSiteNews) – The Canadian Armed Forces veteran walking from Canada’s west coast to the nation’s capital of Ottawa to “take our freedoms back” crossed into Alberta on foot this week.

CAF veteran James Topp crossed the 1,000-kilometer (621-mile) threshold of his journey toward Ottawa in protest of COVID mandates, according to a report by True North Centre.

The veteran, inspired by and in support of the anti-COVID mandate “Freedom Convoy” protesters, began his 4,395-kilometer (2,731-mile) trek in late February, starting at the Terry Fox monument in downtown Vancouver with his final destination set as the National War Memorial in downtown Ottawa.

Topp, who served for 28 years in the Canadian military, launched a website that features a live GPS showing where he is at all points of the journey.

His social media account shows that his final destination, located near Parliament Hill, has a projected walking time of 872 hours, which totals over 36 days straight on foot.

His website also now includes a template letter addressed to Members of Parliament so his supporters can write to their representatives to encourage the politicians to meet with him when he arrives at the memorial on June 22.

The letter, which succinctly summarizes what he hopes to achieve, reads:

Despite all provinces relenting on many of their most restrictive so-called COVID measures, such as mandatory mask wearing and vaccine passports, since the massive “Freedom Convoy” protest took over Ottawa for three weeks earlier this year, Prime Minister Justin Trudeau’s federal government has been unwilling to rescind the policies he implemented at the national level.

Currently, the Trudeau government is still requiring that all federal employees, even those that work from home, be “fully vaccinated” against the highly survivable coronavirus while also holding onto the highly controversial vaccine mandate for interprovincial travel, which prohibits unvaccinated Canadians from traveling via air, train, or sea.

Two high-profile political figures in Canada, People’s Party of Canada leader Maxime Bernier and former  Newfoundland Premier Brian A. Peckford, have filed lawsuits against the federal government over the implementation of the travel mandate.

Peckford, who helped draft the Canadian constitution’s Charter of Rights and Freedoms, says the mandate is unconstitutional and violates the exact law he helped create.

“It is becoming more obvious that being vaccinated does not stop people from getting Covid and does not stop them from spreading it,” Peckford stated in late January when announcing the lawsuit. “The government has not shown that the policy makes flying safer — it simply discriminates.”