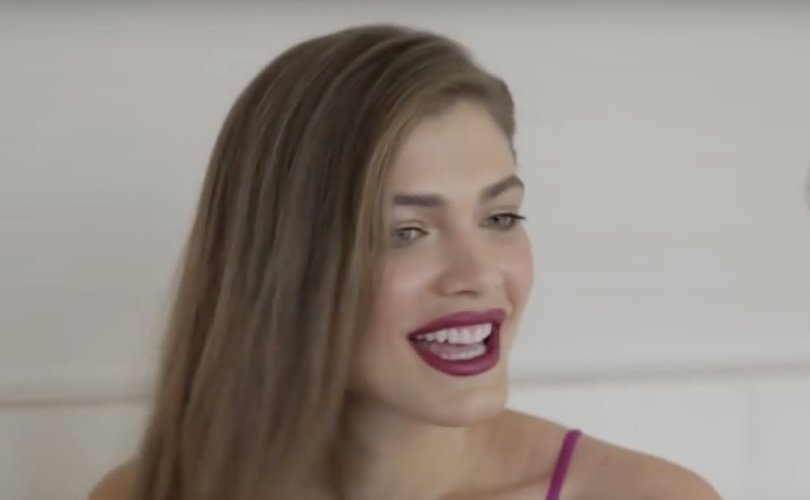 August 6, 2019 (LifeSiteNews) – Twenty-two-year-old Valentina Sampaio of Brazil will be the latest lingerie “Angel” for Victoria’s Secret, and is generating buzz for a politically-correct milestone: “she” is actually a man.

Sampaio, a man who “identifies” as a transgender woman, announced via Instagram he was modeling for the company’s “VS Pink” line last week, the New York Post reports. Fellow Angel Lais Ribeirio confirmed and celebrated the news via Twitter:

First transgender to shoot with Vs! This make me so happy! ❤️ pic.twitter.com/JydOd2mFQb

In 2016, Sampaio appeared in a L’Oreal ad on how womanhood “transcends the body,” announcing “this is my first Woman's Day…officially.”

The hiring decision follows through on L Brands (the parent company of Victoria’s Secret) chief marketing officer Ed Razek’s public apology after telling Vogue in November 2018 he didn’t support adding “transsexuals” to their fashion show because “the show is a fantasy” and “we don’t market to the whole world.”

Days later, after backlash from various pro-LGBT voices, Razek declared that the brand “absolutely would cast a transgender model for the show”:

The news comes during a time of relative challenge for the lingerie brand. In December, the annual Victoria's Secret Fashion Show experienced record-low ratings at 3.3 million viewers, down from the previous record low of 5 million the year before.